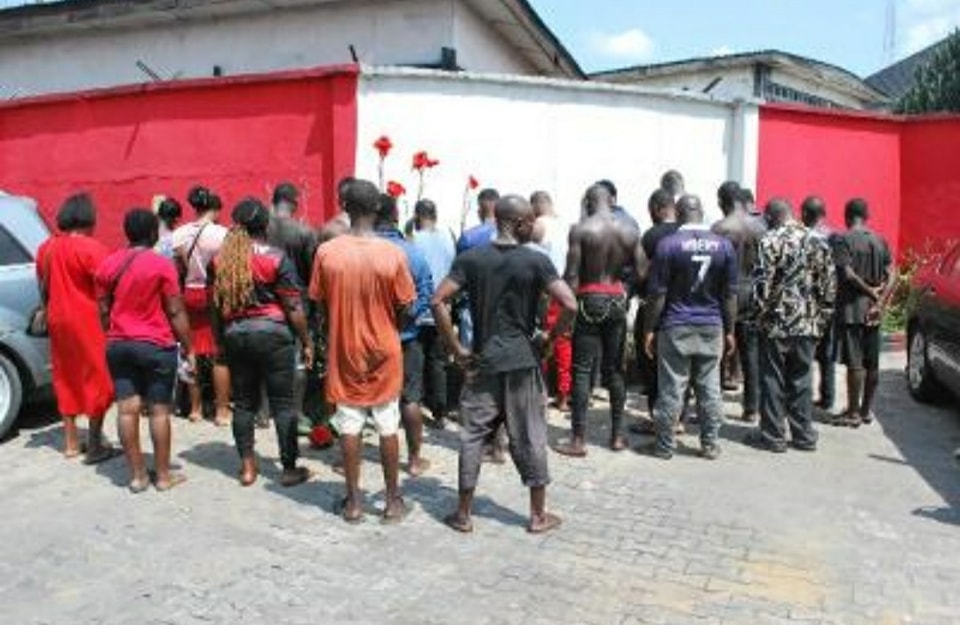 The suspects are being held for suspected illegally refined petroleum products, ferried across rivers are offloaded and trans-loaded into vehicles and trucks for distribution within Rivers state and other states.

The suspects were arrested based on credible intelligence available to the EFCC, on their alleged illegal oil bunkering operations.

In the course of the arrest, a large quantity of products stored in large tanks and drums were discovered but could not be evacuated for security reasons.

However, a Volkswagen Passat Car with registration number ABM 146 RR Rivers was recovered.

The arrest of the suspects was met with stiff resistance with officers of the EFCC attacked with dangerous weapons, with the rear windscreen of one of the Commission’s buses used for the operation damaged.

I Can’t Wait To Call You My President, Adichie Tells Obi