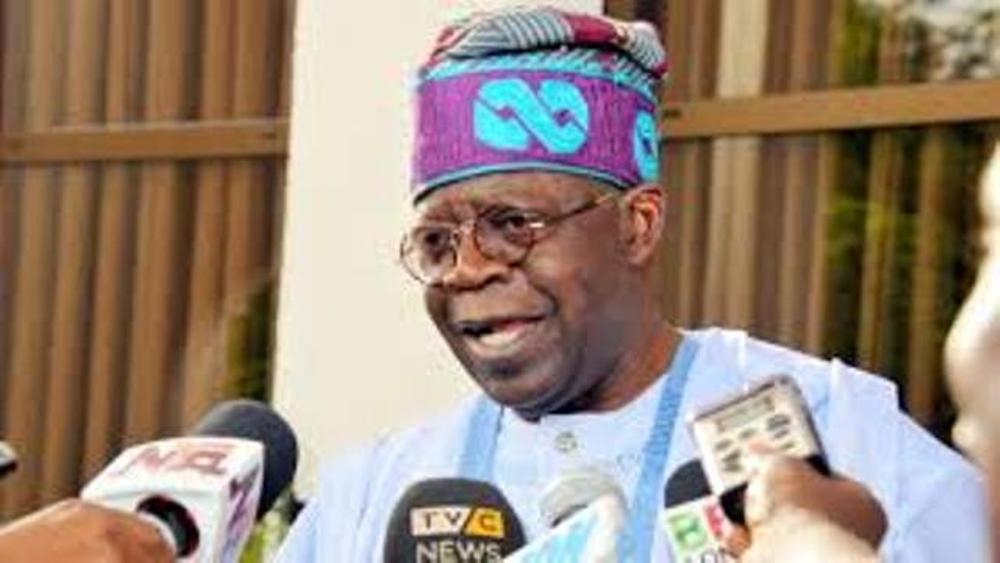 BIGPENNGR.COM gathers that the yet-to-identified militant group, in a video released on Friday, said that the former Lagos state governor is their choice presidential candidate.

Chanting Ijaw war songs, they threatened to unleash mayhem if Tinubu is not given the chance to emerge as Buhari’s successor.
The development is coming at the time multiple reports say former President Dr Goodluck Jonathan, an Ijaw man would likely declare to contest the 2023 presidential election under the APC platform.

Tinubu who picked the APC N100 million Expression of Interest and Nomination Forms on Friday, is among the several number of presidential aspirants who have declared interest in the race.

The suspected militants who openly declared their support were masked in a video released on Friday.

They said that they would be in operation in the whole of the Niger Delta coastline to deliver the APC for Bola  Tinubu in 2023.

It was not clear where this new group were operating from but in a footage they released on Friday, they spoke of their preparedness to take over the coastline of the nine states of Niger Delta.

Displaying assorted rifles in several customized gunboats, the militants declared that Tinubu is the only one they want to succeed President Buhari, vowing to work for him and ensure that he wins all the states of the Niger Delta region.

Thousands of militant groups had in 2009 renounced militancy after the federal government under late President Umaru Musa Yar’Adua declared an amnesty programme for the freedom fighters who were pushing for control of resources in the region.