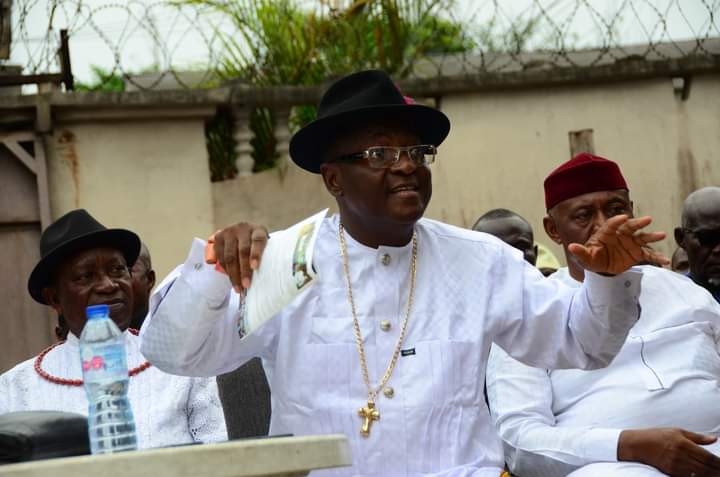 Hon. (Revd) Francis Ejiroghene Waive, the member representing Ughelli North, Ughelli South and Udu federal constituency in the House of Representative, has formally declared for a second term in office, assuring party leaders which include delegates that the Deputy President of the Senate, Senator Ovie Omo-Agege is the next governor of Delta state.

Waive stated this during a critical meeting of the All Progressives Congress, APC, stakeholders drawn from Ughelli North, Ughelli South and Udu local government areas where he was unanimously endorsed for a second term in office.

In his goodwill message earlier at the meeting, Omo-Agege who was represented by his Chief of Staff, Dr Otive Igbuzor, commended Revd Waive for making the party proud, assured that the party will provide all aspirants with a level playing ground.

In his declaration address, Waive urged APC leaders and party faithful to unite and rally round Deputy Senate President, Senator Ovie-Omo-Agege in his quest to ‘liberate Delta State from poor leadership that has become the lot of the State’.

He noted that Deltans will witness remarkable improvement in governance and infrastructural upgrades in Omo-Agege’s first 100-Days as the governor of the state..

He enjoined aspirants for different positions to go about their consultation with decorum as Delta APC is one united family.

“I thought that instead of a formal declaration, I chose to invite key stakeholders in our constituency to inform them of my intention to seek re-election to the House of Reps.

“First I want to thank God that since my election to the House of Reps, I have not brought reproach to the name of God, I believe that the Almighty God is proud of the work that I have done in these nearly three years.

“I have not also brought disgrace to my boss, Distinguished Senator Ovie Omo-Agege, I think that he believes that I have done very well and I also know that I have not disgraced the APC, everywhere you go in this constituency, people sing praises of what we have been able to do in this nearly three years. So, I stand with pride today, knowing that I made you proud.

“Nobody from this constituency will be able to talk you down that you have a member in the House of Reps and he failed, that is not our case. There are 14 clans and 32 wards in this constituency and by any assessment, it is only 3 or 4 wards that have not gotten a project, plus over thirty Bills sponsored on the floor of the House which means that Revd Wavie has passed.

“We have done a lot for our people and we are going to do more in the remaining year of this tenure, those places that are yet to get a project will be reached. I make a boast to say this; if you count projects brought to the constituency from the House of Reps from 1999 to 2019 is not up to the projects that I have brought.

Revd. Waive while calling for support for his re-election bid added, “With what I have done as a first-timer when I go back with the advantage of a ranking member, I shall do more.”

The motion for Waive’s 2nd term endorsement was moved by Hon Chuks Erhire, a senior legislative aide to Senator Ovie Omo-Agege and was seconded by Hon. Efe Duku, Special Adviser to the Deputy Senate President of the Nigerian Senate on Legislative and Plenary Matter, and the motion was unanimously endorsed by all the stakeholders present at the meeting.

Efe Duku while seconding the motion, disclosed that it will be in Urhobo best interest for Revd Waive to go back to the House of Reps because he helped in fast-tracking the passage of the bill for the establishment of FUPRE and Orogun poly. 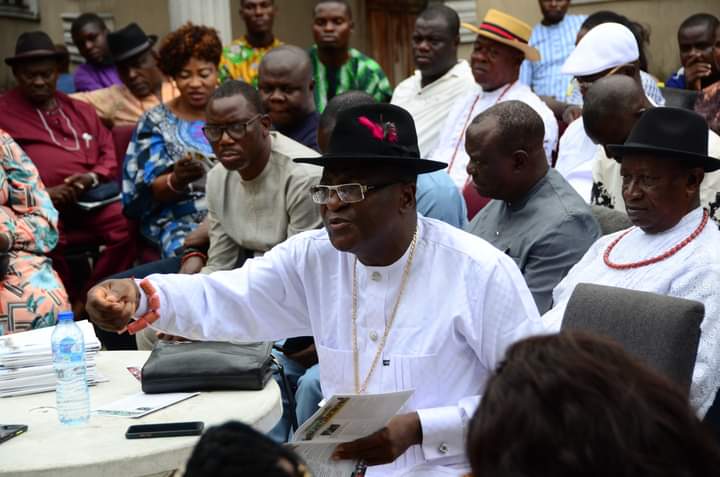