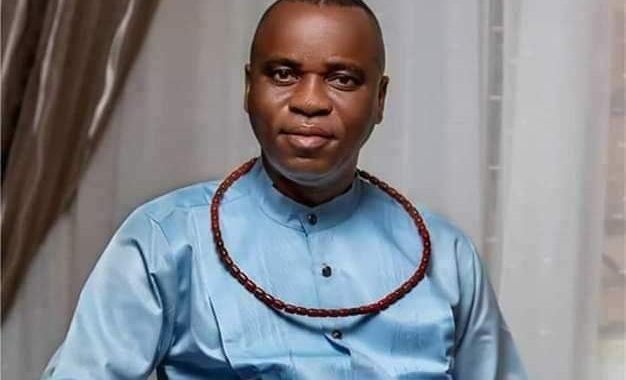 Olorogun Jaro Egbo, a prominent chieftain of the All Progressive Congress, APC, in Delta State, has withdrawn from the 2023 governorship race.

He hinged his decision on alleged hijacked of the state chapter of the APC by an undisclosed individual, saying the party has become an “Alibaba political cabal”.

BIGPENNGR reports Egbo who said he had his eyes on the 2023 governorship race since 2019, said he will no longer pursue the ambition under the APC or vie for any other position, because according to him, the party’s structure and machinery has been hijacked by an “arch-Facist and anti-democratic fellow”.
In a statement he titled: “why I will no longer vie for the governorship ticket”, and made available to BIGPENNGR on Saturday, Egbo said that he have been nursing his 2023 governorship ambition since 2019 with prayer request that when he turned 50 year he should be governor of Delta State.
“My prayer request to the almighty God was to be Governor or the opportunity to play a key role in who will emerge as Governor of Delta State come 2023.
“I was then looking forward to a robust campaign for the Governorship ticket of my Party, the All Progressives Congress (APC), a veritable platform which i toiled day and night in concert with other Progressives to make a platform of choice for Deltans seeking a paradigm shift in the governance of the State.
He said that to realise the ambition, “We launched the campaign through my political platform Hivoltage Movement. *#APCTAKEOVADELTA* hashtag through grassroots campaign, provision of free school uniforms. free fuel and financial assistance to our petty traders and other forms of support to bring our people socio-economic succour.
“Our campaign and programmes endeared our party to the teeming populace who signed up for the ideals we upheld”.
Lamenting what Delta APC have become, he said that the party is now a one-man show, maintaining; “All of these goodwill has been frittered away by the monstrous takeover of all party structures and machinery by an arch-Facist and anti-democratic fellow”.
“The APC in Delta State is now a one man affair that brooks no alternative opinion.
“The party we all worked to build in Delta State has become a new APC, Alibaba Political Cabal which has now rendered the tickets of the original Delta APC as a worthless piece of paper that cannot win any election in Delta State.
“It is therefore my conclusion that it will amount to futile exercise to vie for the governorship or any elective position under the All Progressives Congress (APC) in Delta State.
“I am therefore withdrawing my expression of interest to vie for the governorship or any elective position under the All Progressives Congress (APC).
“I will henceforth deploy my resources and my Hivoltage political platform in working towards the emergence of a visionary Pan-Deltan governorship candidate who will move Delta State to higher levels of development”, he said.
28
SHARES
362
VIEWS
WhatsappShareTweetLinkedinTelegramSubscribe
Related Topics:2023 governorshipAlibaba political cabalDelta APCGovernorshipGuber raceJaro Egbo
Up Next