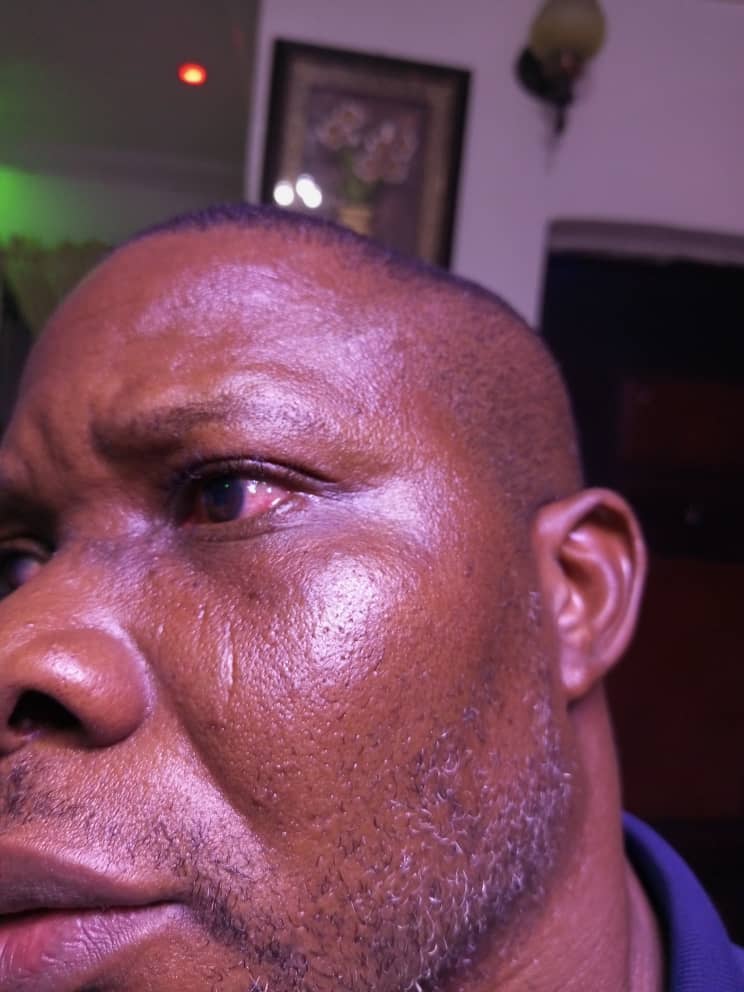 Esieghuya said he was beaten up by ‘thugs’ deployed by the council chairman who intercepted him after he dropped a super glue wrap on the Ugbuwague axis of the Nigerian Port Authority (NPA) expressway.

He said be was driving in his Mercedes Benz E320 car in company of his younger Nephew, Omeresan Esiegbuya coming from the direction of the NPA heading towards Ugbuwague on January 4, 2022 around 6:30pm when he dumped off the super glue cover, an action which he said almost caused him his life.

He said he was about making a U-turn on the road when he dumped the wrap but was blocked by the convoy of the council chairman with some dreaded thugs and armed policemen behind him who immediately descended on him.

Esieghuya alleged that Tidi came down from his car and started “bullying, pushing, pummelling” him, “asking why did I disposed off that super glue cover on the road”.

He claimed that attempt to explained to them that “it was just a super glue cover and more so that it was properly disposed off the road pavement”, fell on deaf ears and in the process of the “altercation they kept striking me to the point that my left eye ball was badly injured and dripping blood instantly”.

While calling for thorough investigation into the alleged assault, Esieghuya said that he had a swollen eye and body injuries from the ill-human treatment melted on him and was treated at the Warri Central Hospital on January 5, 2022.

But reaction to the allegations during a telephone conversation, the council chairman, Dr Tidi, said that the said Esieghuya was just a violator of environmental law who had resorted to blackmail.

He said neither him nor any security operatives in his convoy touched him as being alleged, saying the said Esieghuya was intercepted by the environmental taskforce of the council for disposing refuse indiscriminately on the road.

According to him, the environmental taskforce of the council were on duty on the fateful day going round when they accosted the said Esieghuya who was caught red-handed disposing refuse indiscriminately on the road.

Tidi said he had earlier warned residents against indiscriminate dumping of refuse, maintaining that the said Esieghuya was trying to blow what transpired on the said date out of proportion just to blackmail him.

“I will not succumb to blackmail. What that man is doing is sheer blackmail.  I don’t even know him. I learnt he threatened that he was going to go to DBS to say rubbish things about me. You know me well enough, I am too well exposed and educated to go into the level of beating up someone in the public. He’s just lying and trying to blackmail me. The council secretary and the environmental taskforce are already handling the matter”, Tidi said.

One of the environmental taskforce officer and the Secretary to the local government who spoke in a telephone interview, corroborated the claims of the chairman, saying Esieghuya was a troublesome person who was out to tarnish the image of the chairman.

The duo said that Esieghuya was caught dumping refuse on the road and not a super glue cover as being claimed and in an ensuing argument, he tried to attack the person of the council chairman and talking back at him but was confronted by the taskforce officers who actually were the ones who blocked him.

The council scribe said that the said Esieghuya had met with him once and had offered dialogue with officials over the matter during the week.