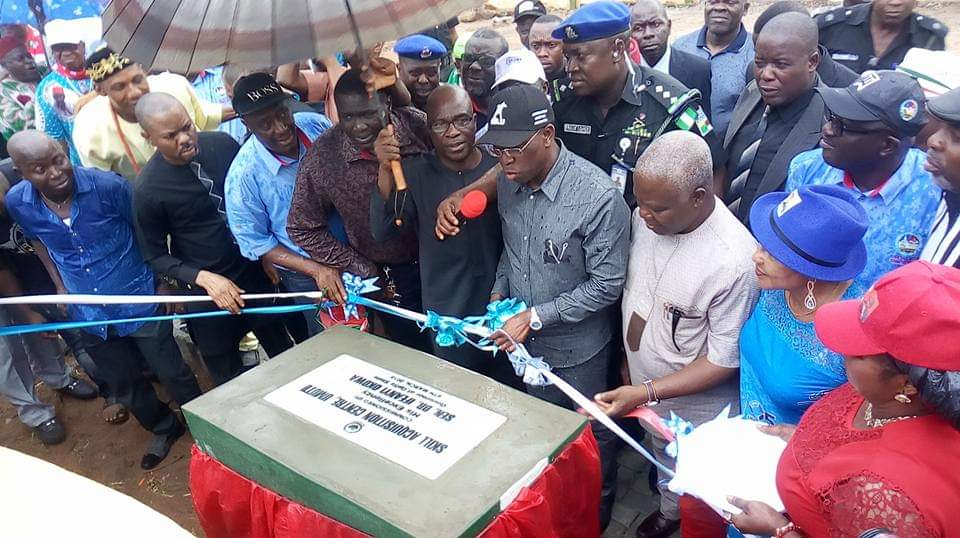 Ochor gave the commendation when members of the Delta State Technical and Vocational Education Board, led by its Executive Secretary, Engr. Smart Ikem visited him in his office at the Delta State Assembly Complex, Asaba on Tuesday, January 11, 2022.

He said that it’s a thing of joy to see that the centre which had long been completed and equipped with the state of the art equipment, is about to be put into use.

Ochor pointed out that with commencement of activities, the expected social economic impact of the centre will go along way to improve on the community, and other adjoining communities in Ukwuani.

He told the delegations, that because of the interests of Governor Okowa on Vocational and Technical Education, the place which was started long before the coming of the governor was given an accelerated attention thus leading to the equipping of the centre, immediately after the completion.

‘I am glad that after much waiting, the centre has been approved as one of the 14 centres in the state to commence academic activities in April, 2022”.

“I must thank our Amiable Governor, Senator Ifeanyi Okowa, for his approval. You know his love for Vocational and Technical Education, since 2015, this is another proof of his determination for skill acquisition of youths in Delta State. He stated.

He promised to give all needed assistant to the centre, through the board for the centre to achieve a good learning environment.

Speaking earlier, the Executive Secretary, Engr. Smart Ikem, informed the Deputy Speaker of their readiness to commence academic activities at the centre in April this year, stating that, the board had deployed an Administrator to the centre.

He stated that the board has done an internal advert for Volunteer instructors, as well as advert for interested persons to apply for admission into the vocational centres in the state.

The Executive Secretary, however appealed to well meaning Deltans, especially those from Ukwuani Local Government Area to sponsor an intending candidate to acquire knowledge for their future.

According to Engr Ikem, the Umutu Vocational Centre will commence academic activities with courses such as Welding and Fabrication, Electrical Engineering, Hair Dressing, Computer Science, fashion design, Carpentry and joinery.

Construction of the Centre was started in1999 under the Delta State Ministry of youths Affair, but was abandoned until 2015, when Governor Okowa asked that the project be taken over by the Delta State Oil Producing Areas Development Commission, DESOPADEC, when Rt. Hon Ochor Ochor was the Executive Director, Social Services Development. The project was later completed in 2018, and commissioned by the governor during his first tenure.