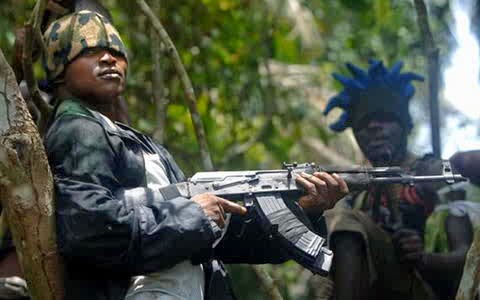 A source who disclosed the incident to Daily Sun revealed that the gunmen invaded the station in large numbers and threw into the premises of the station an IED which caused part of it to go up in flames.

“We saw them, they were many, they were about twenty or more, they came in about 4 vehicles and headed straight to the station, they threw something like a bomb inside the station and there was fire everywhere ,the suspects in the cell all ran away .” the source said.

However, the State Police Public Relation Officer, Michael Abattam when contacted by our correspondent confirmed the incident but said the gunmen where repelled by the police.

“Yes I’m aware of the incident ,our men repelled it before it could happen, they were engaged in gun duel and most of them escaped into the bush with bullet wounds.” Abattam said.