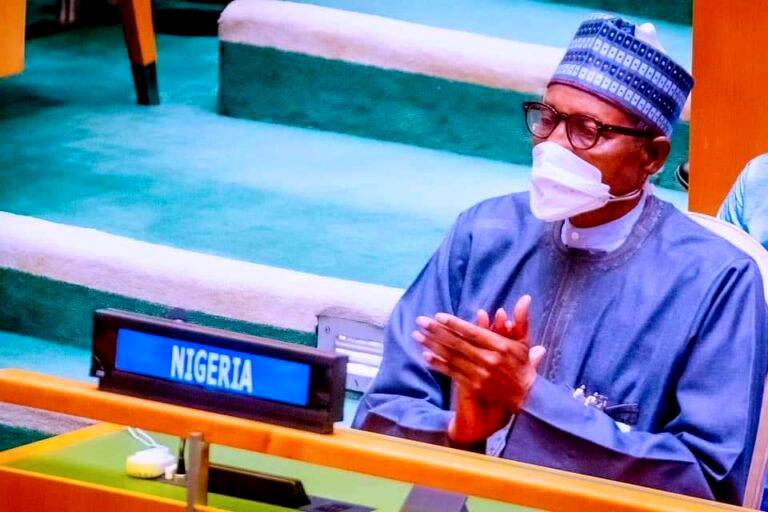 Fresh facts emerged on Wednesday on why the promotion and the extension of years of service of President Muhammadu Buhari’s nephew, Abdulkarim Dauda, a police commissioner, were reversed.

Multiple sources told Daily Trust that the latest ordeal of Dauda, who was President Muhammadu Buhari’s Chief Personal Security Officer (CPSO) until June 20, 2020, started when the news of his promotion to an Assistant Inspector General of Police (AIG) got to the power brokers in the villa.

Stop the killings of traditional rulers in Imo
Things you need to know about Jose Peseiro, Super Eagles manager
A source close to Dauda said, “In July this year, the Police Service Commission (PSC) sat and promoted Dauda to AIG but along the line, his name was removed.

“The cancellation was what prompted him to write the commission. He argued that he got an extension of service and not contract employment as such he should be allowed to enjoy the promotion to the position of an AIG.

“The reversal of the promotion and retirement was the continuation of the ‘onslaught’ against Dauda by those who are angry with him for siding with the president’s wife at the height of the COVID-19 pandemic.”

Dauda, who is a younger brother to the influential Mamman Daura, landed in trouble in June 2020 when the Personal Assistant to Buhari, Sabiu Yusuf, popularly known as Tunde, clashed with the president’s wife, Aisha Buhari over issues around observing COVID-19 protocols.

Tunde had reportedly travelled to Lagos and he was asked to self-isolate after his return but did not, a development that pitched him against the first lady.

The source said Dauda took side with the president’s wife; a stance that did not go down with the forces in the Villa, hence his removal as the CPSO to Buhari and subsequent posting to Kaduna as commandant of the Police College.

The Police Service Commission (PSC) had last week announced the cancellation of the extension of three years granted Dauda to remain in the police, saying due process was not followed.

The PSC Commissioner (media), Austin Braimoh, said Dauda had written to the commission seeking promotion to the position of an AIG when the alleged illegality in his records was discovered.

He said the president’s nephew has been asked to retire and refund all the salaries he received from January 2020 to date.

Documents sighted by our correspondent showed that the extension was approved by President Buhari following the recommendation of the then Inspector General of Police, Mohammed A. Adamu.

In recommending the extension, Adamu said in one of the documents seen that “In cognisance of the exceptional professional experience and competence of CP Abdulkarim Dauda, I write to recommend that Your Excellency draws on his presidential powers as well as his discretion as the chairman of the Nigeria Police Council to approve the extension of service of CP Dauda Abdulkarim to May 13, 2023, when he will be attaining 60 years of age,” the letter, dated September 18, 2019 reads.

Buhari’s approval of Dauda’s service year extension was conveyed to the PSC via a letter dated February 21, 2020, signed by the then Force Secretary, AIG Alkali Baba Usman who is now the Inspector General of Police.

The letter reads; “I am directed to write and confirm that the President, Muhammadu Buhari, has approved an extension of service for CP Abdulkarim Dauda from January 1, 2020, to May 13, 2023.

“The approval for the service extension of the officer was sequel to recommendation of the Inspector General Police and in the exercise of the powers of the President under section 171 (1 &2) of the Constitution of the Federal Republic of Nigeria, 1999 as amended and in cognisance of Sections 11 (1-a, c & i) of the Interpretation Act, CAP 123 Laws of the federation, 1990.

“It was also granted within the context of the statutory powers of Mr President in his capacity as the chairman of the Nigeria Police Council as stipulated in Section 28 (a) of the 3rd schedule, part 2 (L) of the 1999 Constitution.”

Daily Trust reports that in its latest position, the PSC did not provide other section (s) that contradicted those cited ahead of the promotion of Dauda. (Report, excluding headline: Daily Trust)

BREAKING: ‘I Can No Longer Tolerate Your Recklessness, Insubordination’, As Okowa Fires Aide, Fred Latimore