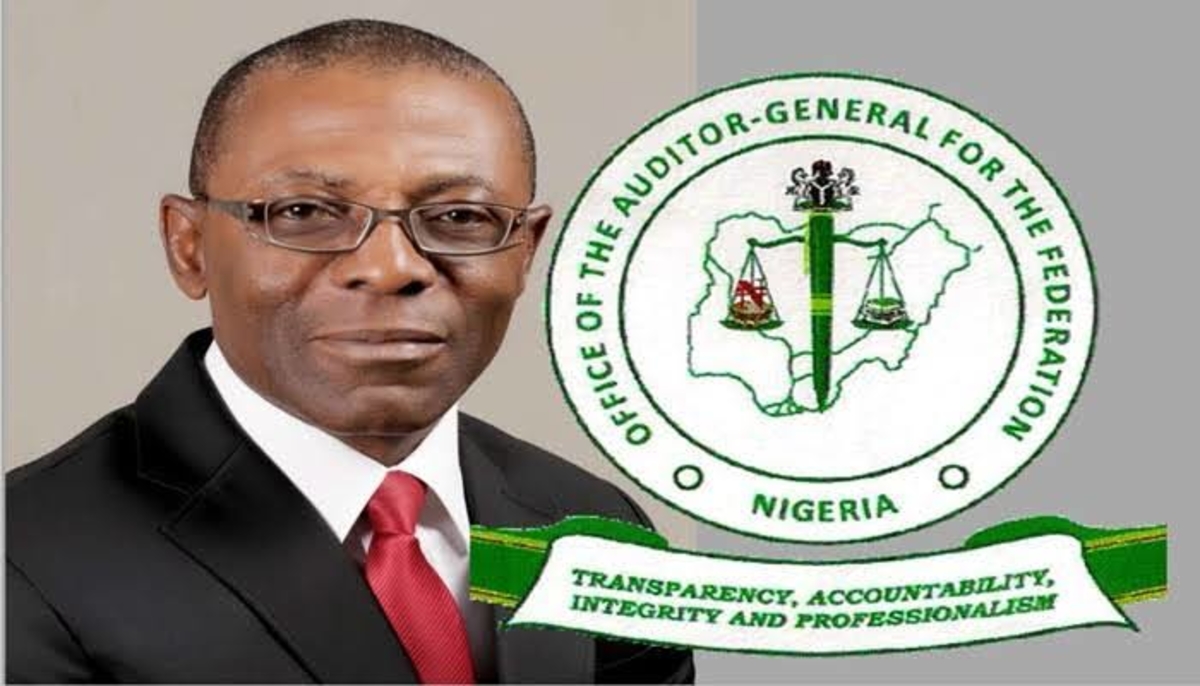 The suspicious expenditures, according to the report, ranged from misapplication of funds meant for capital projects, misappropriation of other funds, to payment of contractors without supporting documents.

It said the transactions highlight issues of misapplication, diversion, and misappropriation of public funds.

Some of the transactions could also be payments for unapproved expenditures, the report added.

‘N35.8 million capital votes diverted’
In an instance of the alleged breaches, the report stated that 12 payments totaling N35, 776,700 diverted from the ministry’s capital vote of 2019 were made to officials.

Instead of being spent on capital projects, the funds, according to the report, were diverted into air tickets, boot camp registration, servicing of monthly meetings, workshop fees and conferences, the report stated.

Giving further details of how the funds were expended, the report states that, in another transaction, “N30 million was raised as cash advance to an officer of the ministry.”

According to the report, the retirement particulars of the cash advance of N30 million was for a conference that turned out to be a “virtual meeting” in 2019.

The officers that attended the conference were from the South-south states, and from different agencies and commands, which the audit report said, “their offices should have catered for their logistics and other benefits instead of the (Justice) ministry.”

The spendings, the report said, violated the provision of Paragraph 316 (iii) & (iv) of the Financial Regulations, which states, “Virement from one Head of Account in the Recurrent Expenditure estimates to another Head of account in Capital Expenditure estimates shall not be allowed and vice versa…All applications for virement shall be collated by the Minister of Finance and submitted to National Assembly for approval before virement warrant shall be issued.”

The report said it was likely a case of “Misapplication of funds” and “Diversion of public funds”.

‘Unjustified N53.8 million payments’
The report also said the ministry could not provide documents to substantiate over N53.8 million raised and paid to contractors for works and procurements in 2019.

It said “nine payment vouchers amounting to 53, 797, 299.50, for works and procurement were raised in 2019 and paid to contractors,” while “relevant supporting documents such as approvals, invoices/receipts, letters, store receipt vouchers, store issue vouchers, project files were not presented for examination.”

Relevant documents such as approvals, invoices/receipts, Store Receipt Voucher (SRV), Store Issue Voucher (SIV), project could not be provided by the ministry, the report stated, raising concerns about likely “diversion of public funds”.

The report cited a breach of Paragraph 603(i) of the Financial Regulations, which states, “All vouchers shall contain full particulars of each service, such as dates, numbers, quantities, distances and rates, so as to enable them to be checked without reference to any other documents and will invariably be supported by relevant documents such as local purchase orders, invoices, special letters of authority, time sheets, etc.”

It said the “anomalies” could be attributed to weaknesses in the internal control system at the Federal Ministry of Justice, and could have led to “diversion of public funds”, and “difficulty in funding budget”.

It noted that the “anomaly” were a breach of ) Paragraph 601 of the Financial Regulations, which stipulates, “All payment entries in the cash book/accounts shall be vouched for on one of the prescribed treasury forms. Vouchers shall be made out in favour of the person or persons to whom the money is usually due. Under no circumstances shall a cheque be raised, or cash paid for services for which a voucher has not been raised.”

“The above anomaly could be attributed to weaknesses in the internal control system at the Federal Ministry of Justice,” the report stated, adding that it raises concerns about “misappropriation of funds” and “oayment for unapproved expenditure”.

Ministry’s responses
In response to queries over the allegedly misapplied N35.8 million capital vote, the audit report said the management of the Federal Ministry of Justice claimed that all the expenditures were “captured in the 2019 Capital Appropriation Bill of the Ministry and they were duly approved as contained in the Appropriation Acts for the year under consideration.”

For the N53.8 million spent without supporting documents, the audit report said, ”the management said ministry there was an urgent need for an award and execution of those contracts in order to salvage lives and properties in public interest due to the siege of possible attack by the protesters” at the time.

“We are not unaware of the facts that those contracts were supposed to go through the Procurement Planning Committee in compliance with the due process procedures,” the management said.

For the 23.6 million vouchers not presented for audit, the report said the management claimed that the violation of the Financial Regulations 629 as stated “was not deliberate”.

It added that it was “due to exigencies of work then that made it difficult for us to access those payment vouchers for presentation to the auditors as requested.”

Recommendations
In addressing the issues, the audit report specifically asked the Solicitor-General and Permanent Secretary, who is the accounting officer of the Ministry to: “furnish reasons for payment of allowances for a conference that was held virtually and payment to officers of another agency.”

The Permanent Secretary was also asked to “account for the sum of N35,776, 700.00 million, transferred from capital vote to finance overhead expenditure.”

He was told to “recover the sum of N30 million paid as advance as the retirement documents are flawed with irregularities.”

If the payment could not be substantiated, the report recommended that sanctions relating to irregular payments be applied as stipulated in paragraph 3106 of the Financial Regulations.

The audit report, the latest in the OAuGF’s annual series, is titled, ‘Non-compliance/Internal Control Weakness Issues in Ministries, Departments and Agencies of the Federal Government of Nigeria for the Year ended December 31, 2019’.

It was recently submitted to the Clerk of the National Assembly by the AuGF, Adolphus Aghughu, in accordance with section 85(2) and (4) of the Nigerian constitution. (pointblanknews.com)