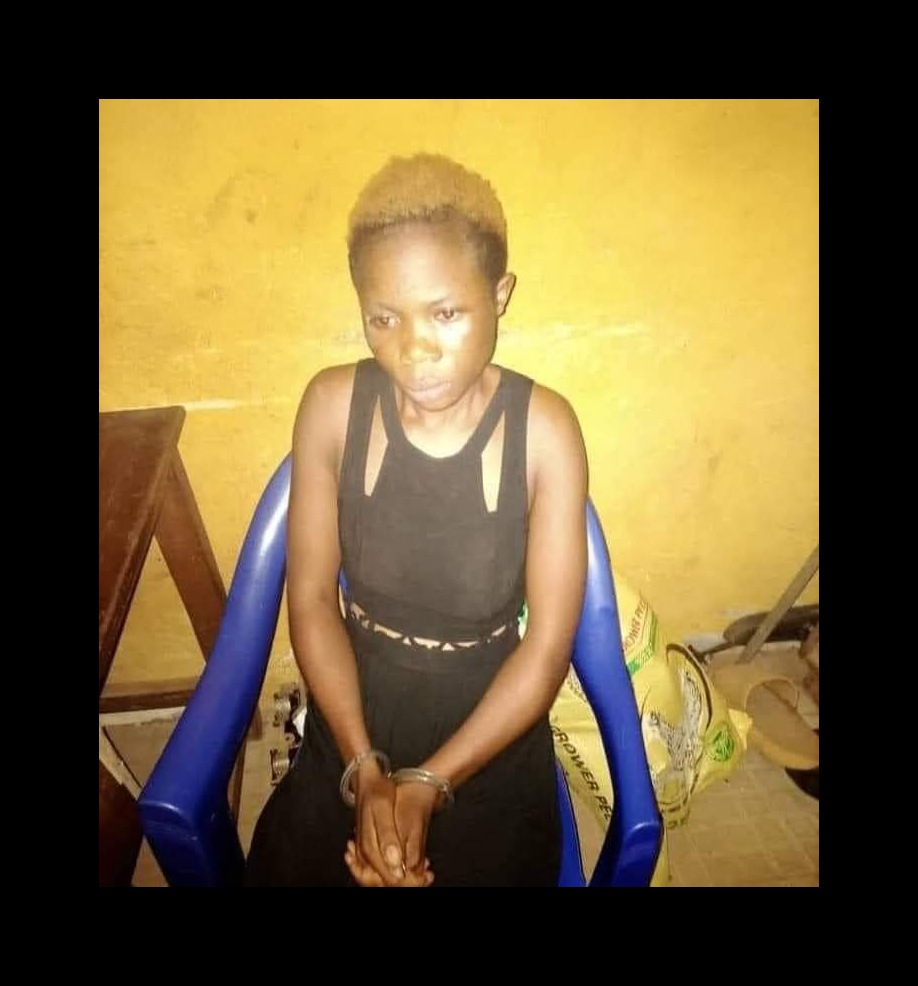 Dominion Okoro, the housemaid who reportedly killed Mrs Maria Igbinedion, mother of former Edo state governor, has given a graphic details of why and how she committed the crime.

Multiple reports say Mrs Igbinedion was killed on December 1, 2021 by her housemaid, who absconded after committing the heinous act.

But Edo State Police Commissioner, Phillip Ogbadu, who paraded the 25-year-old alongside 427 suspects arrested for various crimes in the state, on Tuesday, said Ms Okoro had narrated why she got involved in the act.

Ogbadu said the other suspects were arrested in the fourth quarter of 2021, adding that 32 guns, 420 lives ammunition and 18 vehicles were recovered during the period.

In an interview with journalists, Okoro said she worked as the deceased’s maid for one year and three months.

“We used to massage her body, so on December 1, at about 11pm that day after massaging her body, I prepared the bed for her to sleep.”

“After that I decided to steal her money from the drawer but she saw me and shouted, so I hit her on the head with a stool and she died. When I counted the money, it was N100,000 and jewelry and I ran to Calabar where I was arrested.

“One Gloria who used to work with the woman asked me to do that. Madam used to send her to deposit money in the bank and also withdraw for her. She told me to kill the woman so that she will give me part of her money to take care of my baby who is sick.”

Gloria, who initially refused to talk to journalists, said the police had threatened to kill her if she mentioned her accomplice.

“The man said they will kill me if I mention anybody that I am telling lies. The man is a police officer and he is here.”

One of her sisters, Patient Okoro, who was also arrested, said she didn’t know anything about the killing and that her junior sister only informed her on phone that she had committed murder.

She said she assisted the police in arresting her in Cross River, adding that all those they arrested while searching for her had been released but the police refused to release her.

“My sister is not talking because the police has threatened to kill her if she mentioned her accomplices to journalists,” she said.

Heads May Roll In Justice Ministry Over N113.2M Misappropriation In 2019 – Audit Report