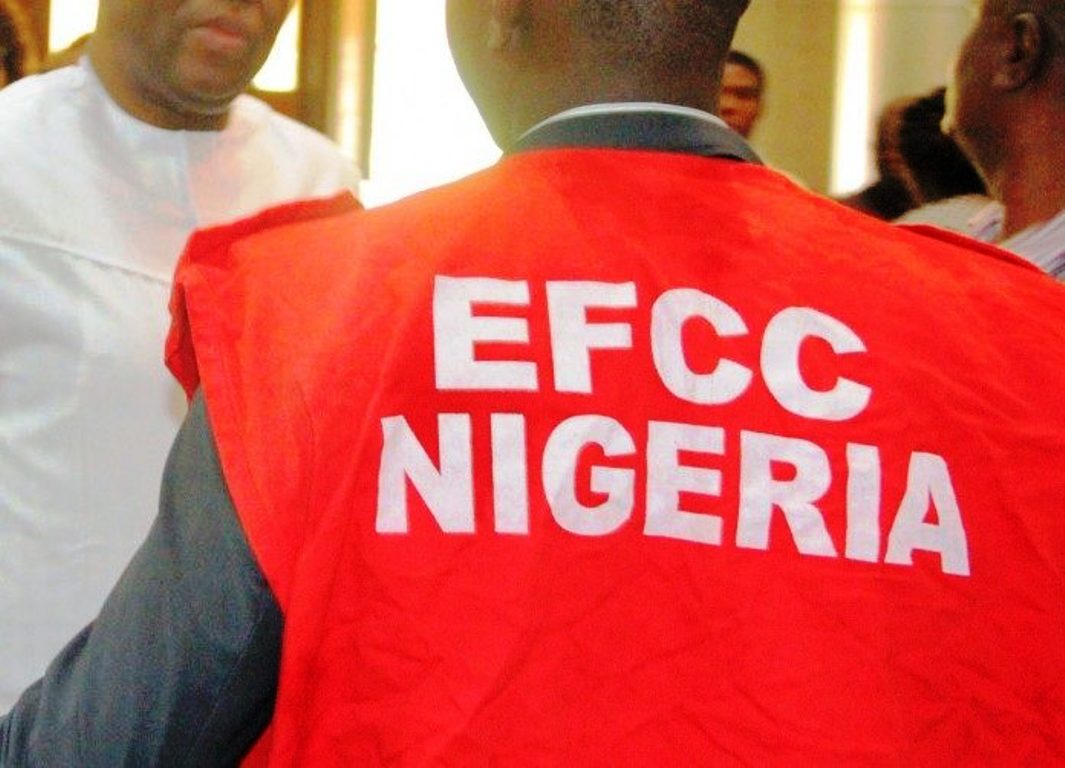 Pan Niger Delta Forum, PANDEF, has condemned, in the strongest terms, the recurring persecution and harassment of persons from the South-South Geopolitical Zone by the Economic and Financial Crimes Commission (EFCC), over alleged cases of corruption.

PANDEF underscores that the continued “media trial” and persecution of former public office holders, particularly from the south-south zone and other parts of southern Nigeria, by the anti-graft agency, is not only unethical but despicable and irksome; thus, cautions it to stop the egregious practice immediately. Noting that, according to our laws, an accused is “innocent until proven guilty” by a competent court of law.

“PANDEF as a responsible organization would not condone corruption in any way but it is the flagrancy and snobbery with which the EFCC carries out its operations that is upsetting. The EFCC has continued to conduct its operations in a manner that depicts complete disrespect for the rule of law and fundamental human rights of citizens, as enshrined in the 1999 Constitution (as amended).

More disturbing is the selectiveness of its operations; from 2016 to date, under the administration of President Muhammadu Buhari, not less than 30 high profile persons from the south-south geopolitical zone have been harassed, persecuted and prosecuted, mostly, in the “court of public opinion”, rather than procedural prosecution in competent courts of law.

Our people have continued to be maligned and denigrated by the EFCC and other state agencies; some have been hassled to death. These issues are well documented in the public sphere. Let EFCC stop persecuting our people!

The case of retired Lieutenant General Kenneth Minimah, a former Chief of Army Staff, is one of the most preposterous. The periodic resurgence of so-called charges against Minimah and two other serving senior Army officers, in the media, since 2016, further substantiates concerns in the region that there is a determined schedule by antagonists of the South-South Geopolitical Zone and indeed the Niger Delta region; to humiliate and discredit prominent persons from the region, to erode the zone of credible leadership.

It appears to us that the nation’s anti-graft agencies, the EFCC, in particular, have an established protocol whereby persons from certain parts of the country and certain religions are saints, while any person from the south-south zone and the Niger Delta is culpable.

Just as the unfathomable manner in which former Chief Justice of Nigeria, Walter Onnoghen, was forced out of office remains an indelible signpost of the biases and injustice against the people of the South-South Geopolitical Zone.

These situations are unacceptable and must stop forthwith. This country belongs to all of us. No section owns Nigeria more than the others.

PANDEF is mindful of the fact that the General Minimah matter is before the courts, therefore, will not comment on its specifics and substance, but the reckless and gross misconduct of the EFCC requires censure.

It is necessary to note that General Minimah and the other Army officers had earlier gone to a Federal High Court to challenge the said suit, mainly the procedure, and seeking whether the Court was competent to entertain the matter. The Federal High Court had fixed the hearing of the suit by Minimah & Co on December 9, 2021.

But, in its usual disregard for due process and the rule of law, the EFCC defied the suit and on 8th December 2021, the eve of the suit, released a statement to the media that it had charged Minimah and the other senior officers to court over an alleged diversion of N13 billion meant for procurement of arms.

Not minding that there was already a subsisting court judgment barring it from arraigning the retired General and the two others.

It bears recalling that Justice I. E. Ekwo of Federal High Court had on December 6, 2020, ruled in suit number FHC/ABJ/CS/1595/2020 between Lt. Gen K.T.J. Minimah (rtd), Maj Gen A. O. Adetayo and Brig. Gen R. I. Odi as plaintiffs/applicants and Attorney General of the Federation and Minister of Justice and Economic and Financial Crimes Commission (EFCC) as defendants/respondents, that all parties in the suit maintain status-quo antebellum, pending the hearing and final determination of the Motion on Notice.

The EFCC action again demonstrated the propensity of the anti-graft agency for engaging in malicious and unjust blighting of people’s reputation, more than fighting corruption.

Accordingly, it may be necessary to re-echo some questions piquing the minds of well-meaning and patriotic Nigerians; why would the EFCC not obey court judgments? Is the EFCC above the law? Is the anti-graft agency dancing to tunes of persons afraid of General Minimah; bent on smearing the name and image of the retired gallant general and the nation’s former Chief of Army Staff?

Is this the way to reward a man who had dedicated his life and service to the protection of the territorial integrity and unity of the Nigerian State? Or is it because of where he comes from? Let the truth be said, if General Minimah were a “Fulani” would EFCC or any other state agency be allowed to disparage his reputation?

He also served with the 72 Para-Battalion in Liberia. He was the Commanding Officer of Nigerian Battalion II with the United Nations Mission in Serra Leone.

Perhaps, more importantly, during his period as Chief of Army Staff, it is established that the Nigerian Army turned the tide against the Boko Haram Terrorists; leading to their defeat and recapture of all Nigerian territories that were hitherto under the control of the insurgents and holding of elections in those LGAs.

PANDEF, emphatically, demand the immediate stop to these shenanigans by the EFCC against General Minimah and indeed any other son or daughter of the South-South Geopolitical Zone and the Niger Delta region.

It is also pertinent to ask why a federal agency like the EFCC will be dominated by only Northern Muslims and Fulanis – to the extent that Hausa is reportedly the Lingua Franca at the agency – in a multi-ethnic nation like Nigeria.

PANDEF, therefore, further calls on President Muhammadu Buhari to order an immediate re-organization of personnel of the Agency to reflect federal character, and erase the tint that it is a tribal/religious investigation agency, out to persecute persons from other sections of the country.

Is it not worrisome that only former governors from the South, besides Jolly Nyame and Joshua Dariye, both Christians, have been jailed by the EFCC; former Governor David Jonah Jang is also being tried, while other Northerner ex-governors, even those with established cases of corruption, are let off the hook?

PANDEF, meanwhile, applauds and commends the Nigerian Judiciary for its courage and steadfastness in upholding justice, and for not capitulating to the apparent acts of intimidation by state agents. It is necessary to note that without the firmness of the Judiciary, the country would have been in the worst state than we are witnessing now, in terms of the violation of citizens’ fundamental human rights”.