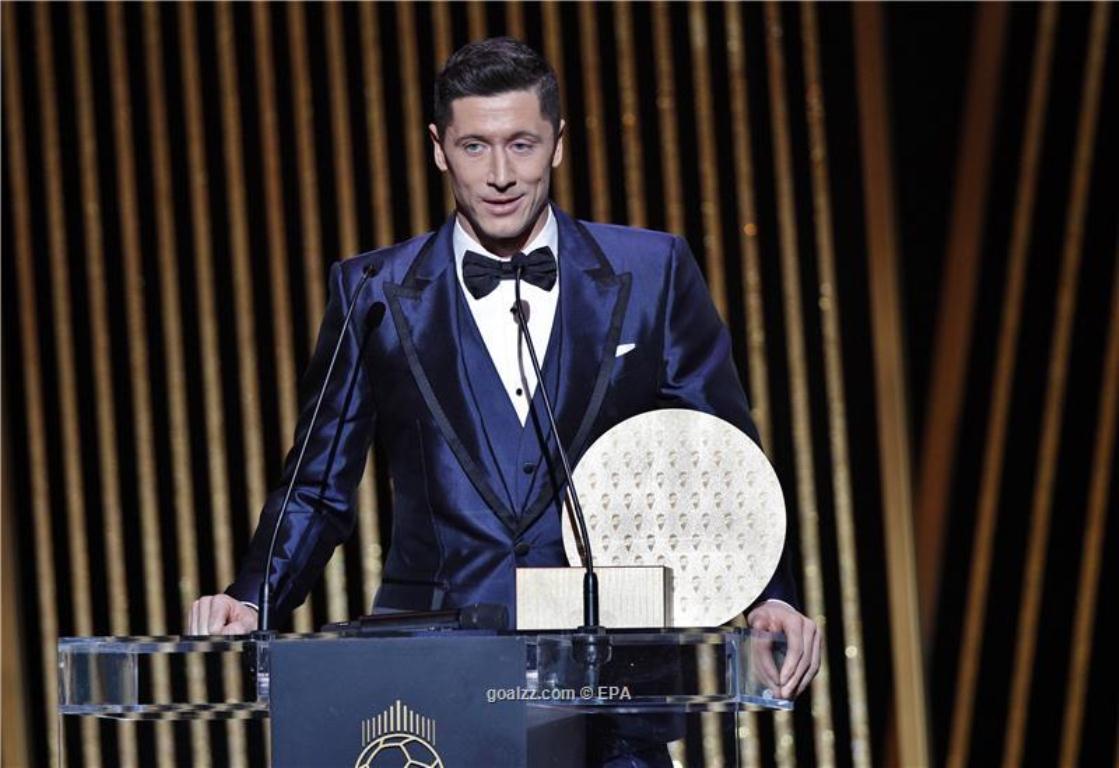 Robert Lewandowski and FC Bayern Munich did their best to hide their disappointment after Lionel Messi beat him to the Ballon d’Or.

However, former Bayern star, Lothar Matthaeus, was adamant the Poland striker should have won.

Lewandowski was awarded the new striker of the year award at the gala in Paris on Monday after journalists had decided France Football’s big prize should go to Lionel Messi for a record-extending seventh time.

Messi won a major international honour this year as Argentina captured the Copa America but Matthaeus was staggered that Lewandowski’s record 41 goals in a Bundesliga season was not enough for the Ballon d’Or.

“Honestly, I don’t understand the world any more after this vote.

“I have huge respect for Messi and the other great players who were nominated, but nobody deserved it more than Lewandowski,” former Germany player Matthaeus, who won the prize while at Inter Milan in 1990, told Sky.

Lewandowski’s claims to the Ballon d’Or were strengthened by the fact most pundits accepted he would have won it in 2020 had the award not been cancelled because of Covid-19.

Last year he led Bayern to a Champions League, Bundesliga and German Cup treble with another glut of goals.

He at least won FIFA’s rival player of the year award in 2020 and was magnanimous as he picked up his striker gong at the Chatelet Theatre.

“I am very proud to be here. I have to say thanks to my team-mates, my coach and above all the fans. And a very special thanks to my family,” said the 33-year-old.

To be fair to Messi, he realised he was fortunate to take another Ballon d’Or after only winning the Copa del Rey with troubled Barcelona last season before switching to Paris Saint-Germain.

“It is an honour to be here with you. You have broken records and would have also deserved to win the Ballon d’Or. You had an unbelievable year,” he said to Lewandowski.

Bayern chief executive, Oliver Kahn, was as diplomatic as possible.

“But along with his striker of the year award, Robert Lewandowski would have also deserved the Ballon d’Or because for years he has been absolutely outstanding every day,” he said.

Manuel Neuer was fifth in the best goalkeeper category.