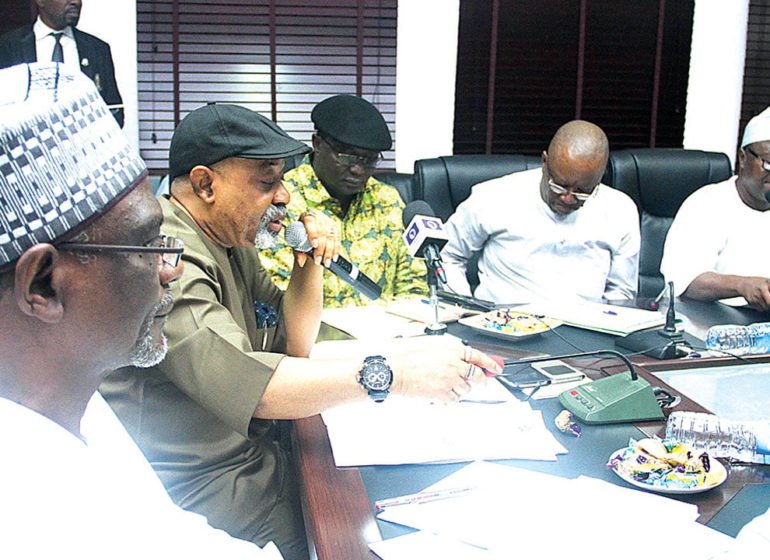 The Academic Staff Union Of Universities (ASUU), has again accepted the newly offered amount – N70 billion to be released by the Federal Government to have them call off its eight month strike action.

BIGPENNGR.COM reports the acceptance of the additional offer followed a late Friday night meeting between the leadership of ASUU and the federal government team led by Chris Ngige, minister of labour and employment.

The FG further agreed to settle the arrears of salaries of the lecturers before December 31.

ASUU is expected to report the agreement to its organs and then communicate their decision to the government after which a date for the calling off of the strike would be announced.
In a tweet on its official Twitter Account, Official__ASUU @ASUUNGR, on Friday night, hours after its meeting with the FG team, ASUU said that it has “shifted ground on FG’s offer”.

“The Union insisted that payment of outstanding salaries must not be done as through IPPIS platform as promised, if strike would be suspended”.

ASUU, however gave a condition for the strike to be call off – which is immediate implementation of the funding.

“The union however insisted that the funding should be implemented before the strike would be suspended”, a tweet from the handle said this night.

Part of the reason for the prolonged strike was its resistance against the adoption of the Integrated Payroll and Personnel Information System (IPPIS) by the federal government against its University Transparency and Accountability Solution (UTAS) as an alternative.