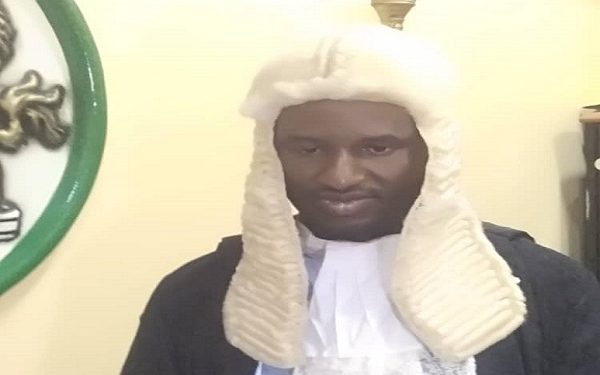 The Chief Whip of the House, Hon. Musa Buba who briefed the press on behalf of the House said the removal of the former Speaker was in exercise of the 1999 Constitution of the Federal Republic of Nigeria as amended.

According to him, 16 members of the House out of the 24 passed a vote of no confidence on the former Speaker.

He dismissed the insinuations that they were being sponsored saying the decision of the House is in the common interest of the state.

Hon Iroju has been on suspension since July while his efforts to resume plenary following courts’ order have been unsuccessful.

Akinrogunde said the resolution was signed by 20 lawmakers in line with the Standing Order of the House and was subsequently adopted.

The Assembly also inaugurated a panel headed by Hon Abayomi Akinruntan to investigate allegation of gross misconduct against the former Deputy Speaker.

Suspended lawmakers were yet to resume plenary as the Speaker announced that the House was yet to receive a copy of the court judgement declaring the suspension null and void.

The only Zenith Labour Party (ZLP) lawmaker in the Assembly, Hon Tomide Akinribido, said the procedure for removal of a Speaker or Deputy Speaker as contained in the Rules and Standing Orders was shamelessly violated.

“Our nation cannot be a developed one if we continue to violate the constitution and due process while also disregarding lawful court order and rule of law,” he said.

Trumps Bows To Pressure, Okays Transition Of Power But Vows To Fight On