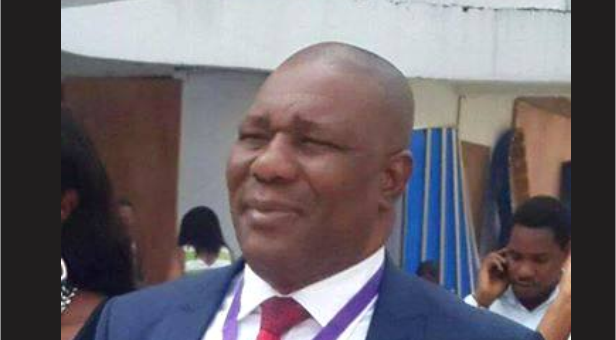 12
SHARES
146
VIEWS
WhatsappShareTweetLinkedinTelegramSubscribe
Deputy Governor of Delta State, Deacon Kingsley Burutu Otuaro, has secured agreement to shelve planned shutdown of Forcados South Bank flow station belonging to SPDC by Ogulagha and Odimodi communities.
Recalls the communities had handed down a 14-day ultimatum to Shell Petroleum Development Company Ltd (SPDC) for downsizing operations reportedly due to the coronavirus-affected economy.
But the communities claimed “the employee sacks were targeted at us, in fact, showed pattern promoting the company’s deliberate policy of undermining the locals”.
Senior Special Assistant on Press and Communication to the deputy governor, Bulou Kosin who disclosed this in a statement, said that after closed door meeting, Otuaro, flanked by Delta State Oil and Gas Commissioner, Chief Emmanuel Amgbaduba and leaders of the communities, stated: “As you can see, we just met. We had gotten news of disturbing issues threatening the peace around operations at the multi-billion dollar Forcados Terminal Oil concerns.

“As a government, we deemed it fit to call the leaders of the communities to hear them out, forge reconciliation and unity between them and take up issues raised subsequently with SPDC and other oil companies.
“Let me emphasize that the Senator Dr Ifeanyi Okowa-led Delta State administration is a people-oriented government which places high premium on peace. Conflicts are bound to occasionally arise in human relations but the Delta State Government has put in place several institutional frameworks on peace which people should leverage on. We agreed in the meeting to maintain peace in the Forcados oil area”, Otuaro said.
Continuing, he said; “We advise oil companies and their servicing counterparts to strictly adhere to terms of Memoranda of Understanding (MoU) reached with communities. This is one area that has caused problems. Oil companies should do more in the area of corporate social responsibility to forestall chaos”.
The Oil and Gas Commissioner had earlier commended Ogulagha and Odimodi communities “for the peace maintained so far”, while tasking them to keep same.
Messrs Johnbull Ogobiri and James Yangaboy, Chairman of Ogulagha and Odimodi communities respectively who also spoke to newsmen, both said “We are happy with the Deputy Governor’s intervention over our issues with SPDC”.
Also, other leaders of Ogulagha and Odimodi namely Messrs Bright Guwor and Harrison Angeyamah who spoke said: “We’ve confidence in the Deputy Governor. We had given 14-day ultimatum to close down Forcados South Bank flow station. Due to the Deputy Governor’s intervention and counsel. He sought reasonable space to take up issues with appropriate authorities. We will wait”.
12
SHARES
146
VIEWS
WhatsappShareTweetLinkedinTelegramSubscribe
Related Topics:Kingsley OtuaroOdimodiOgulaghaShells Petroleum Developent Company of Nigeria (SPDC) Limited
Up Next