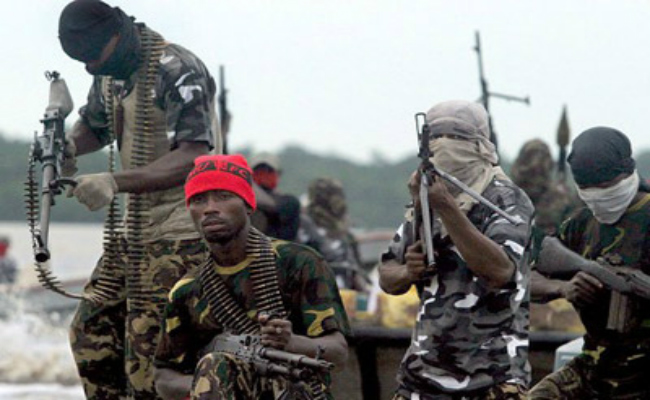 “And that it has come to our notice that President Muhammadu Buhari and his subordinates do not want the relative peace we’re having in the country. Having waited for long without implementing the demands by Pan-Niger Delta Elders Forum, a demand on behalf of the people of Niger Delta, we have no option than to withdraw our ceasefire deal with Federal Government.

“We, therefore, give the Federal Government seven days ultimatum to address the following demands immediately as we cannot continue to be continuously deceived.

“We are aware that Shell Petroleum Development Company applied for renewal of oil blocks in Niger Delta and we have not seen what they have done before now (for our people). Let them go offshore.

“The  Federal Government should immediately resettle Bakassi communities and implement every other sector of British, Germany, America and EU Green Tree Agreement.

“Finally,  the seaport in Ekeremor Local Government Area in Bayelsa State,  which will open the Izon nationwide to business, should be implemented immediately

“Finally, the Federal Government, in the person of President Buhari  should immediately make a categorical statement on restructuring the nation in order to bring the nation under one roof.  Else, the Federal Government will leave us with no choice than to use Bonny, Membe and Forcados trunk lines, two weeks from now as a notice of resuming hostility in Niger Delta.”

Reacting, spokesperson of Joint Task Force, JTF, Major Ibrahim Abubakar, said: “The task force is fighting criminality and militancy in Niger Delta, nobody can threaten and intimidate us, it is our mandate to stop them and we must stop them.”

He was emphatic that the task force would crush any group that rears itself in the name of militancy in the region.

“We should disregard these faceless people, anybody can call you at anytime and claim to be militants. Journalists should not allow faceless people to call them and say whatever they like on phone,” he added.

An official of the Presidential Amnesty Programme, PAP, Abuja, who spoke to Vanguard, last night, said: “PAP does not deal with militants, we only deal with beneficiaries of amnesty. Really, it is not our beat to discuss such matter.”•

Newly Elected President Of MOSOP Pledges Commitment To Self Determination