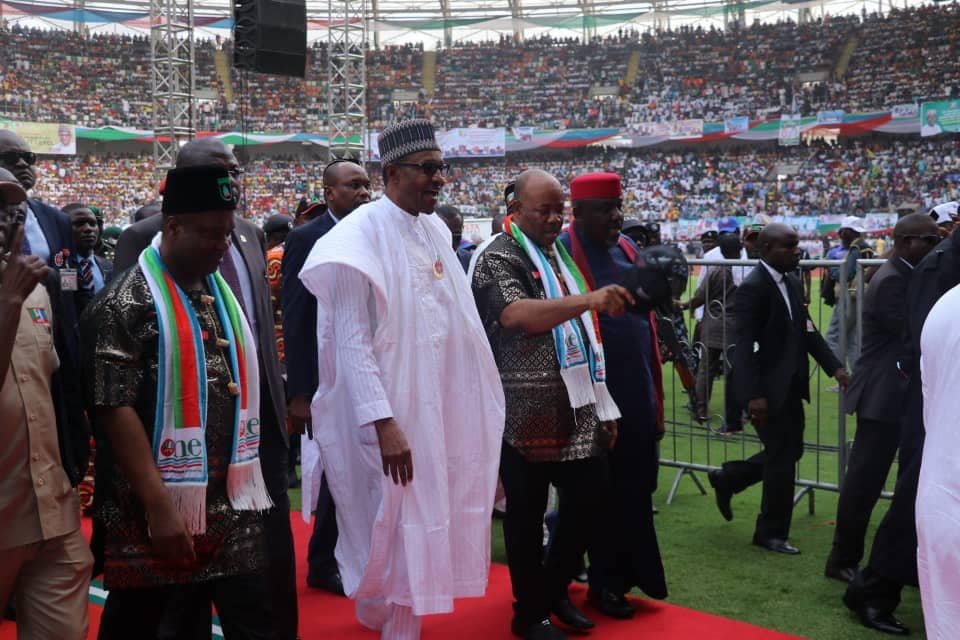 Mr Chermberline Adiaso, the South East Coordinator of the Presidential Support Committee (PSC) says the South East and South South would join forces by voting massively for re-election of President Muhammadu Buhari in 2019.

He said this in a statement issued to newsmen on Monday in Umuahia.

Adiaso, who is also the PSC Chairman, noted that the impressive turnout of supporters at the start of the Presidential Campaign in Uyo, in Akwa Ibom, was a sign that Buhari would win in the two zones.

The News Agency of Nigeria (NAN) reports that the chieftain of the All Progressive Congress (APC) in Abia said that the president had done well in the two areas to guarantee his re-election.

“Some of Buhari’s achievements in the South East include the implementation of the Home Grown School Feeding Programme (HGSFP) in all the five states, whereas there was random selection of states in other geo-political zones,” he said.

Adiaso maintained that the second Niger Bridge project and the Enugu-Port Harcourt dual carriageway reconstruction as well as rehabilitation in Aba are part of the footprints of Buhari in the South East.

He further said that the investment of 5 million dollars in the Federal Medical Centre (FMC), Umuahia, to establish modern diagnostic centres, were among the laudable achievements of Buhari’s administration in the zone.

The coordinator therefore assured that he and his campaign team would work tirelessly to ensure a landslide victory for Buhari and APC in South East in 2019.

Adiaso also called for total support for the Uche Ogah/ Martins Azubuike governorship candidacy in Abia under the APC platform.

He stressed that the state was in dire need of progressive change to bring smiles to the faces of the people once more.

2019: Okowa Sues For A United, Peaceful Delta State In His New Year Massage