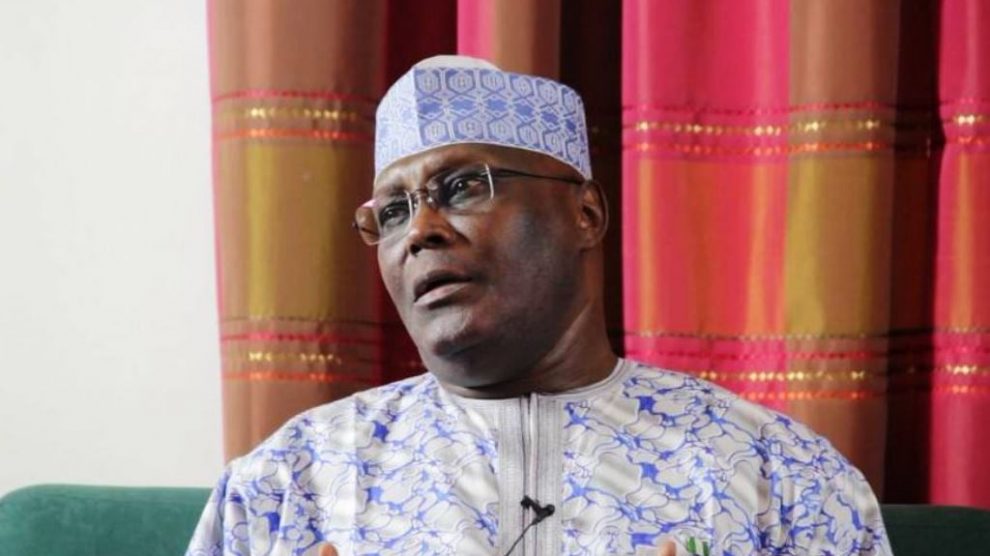 Festus Keyamo, Director, Strategic Communications of the President Muhammadu Buhari Campaign Organisation has said that former vice president and presidential candidate of the PDP still has a sealed indictment waiting for him in the United States.

He said that the reasons for Atiku’s frequent contests for the Presidency are to steal the resources of Nigeria for self-enrichment and to prevent prosecution for his crimes of laundering and receiving bribes.

Keyamo made this assertion in a statement entitled: WHEN THE THIEF IS SHOUTING “THIEF”: THE CASE OF ALHAJI ATIKU ABUBAKAR obtained by BigPen Online on Sunday.

The statement is reads in full:

A few days ago, the Presidential Candidate of the PDP, Alhaji Atiku Abubakar, called out President Muhammadu Buhari over certain allegations of “corrupt practices” which the President allegedly condones in his government. Whilst we have repeatedly addressed each and every of the instances cited by him to show the transparent nature of the government, it is shocking that the Presidential candidate of the main opposition has refused to issue a personal statement up till this minute clarifying in details his record of crass corruption and abuse of office. He is clearly taking Nigerians for a ride and hopes to distort the ethical revolution in public office that Nigerians clearly desire to his own philosophy of abusing public office to promote private interests. By his subliminal messages, he wants Nigerians to accept that becoming wealthy by abusing public office is not a bad thing after all.

With the avalanche of fake and unsubstantiated news released in the last few days, it is now clear that PDP’s strategy in the run up to the elections is to spread fake news and make wild allegations without any proof against the President and the Vice President. This is clearly to divert attention from the record of crass corruption and abuse of office of their own candidate. Nigerians cannot and should not be insulted by the PDP after 16 years of looting of the nation, by now putting forward a man whose record of corruption they very much acknowledge, but would rather we all overlook it.

Some of the indisputable facts regarding Alhaji Atiku Abubakar are as follows:

1.   The U.S Congress in a report titled, KEEPING FOREIGN CORRUPTION OUT OF THE UNITED STATES: FOUR CASE HISTORIES, featured Alhaji Atiku Abubakar as one of the four notorious cases of money laundering in the world!

2.   The Congress report said “Jennifer Douglas Abubakar, a U.S. citizen, is the fourth wife of Atiku Abubakar, the former Vice President of Nigeria and a former candidate for the Presidency of Nigeria…… from 2000 to 2008, Ms. Douglas helped her husband bring over $40 million in suspect funds into the United States, including at least $1.7 million in bribe payments from Siemens AG, a German corporation, and over $38 million from little known offshore corporations, primarily LetsGo Ltd. Inc., Guernsey Trust Company Nigeria Ltd., and Sima Holding Ltd”.

3.   Atiku’s co-conspirators, Williams Jefferson and Siemens in the bribery deal were convicted and Jefferson went to jail. By running for President of Nigeria, Atiku intends to get some immunity from prosecution. Already he is hoping to obtain a visa to visit the US, as a guest of the State department, a concession that the US will grant to a Presidential candidate of Africa’s biggest Nation.

4.   Both the BBC and Voice of America reported that “In a probe ordered by Mr. Obasanjo, (then Nigerian President) the vice-president was accused of diverting $125m from a public development trust fund into his personal businesses.”; Please see 1016 BBC, Profile: Atiku Abubakar, January 25, 2007, http://news.bbc.co.uk/2/hi/africa/ 6292141.stm (Voice of America, “Nigerian Vice President Charged with Corruption,” October 10, 2006, http:// www1.voanews.com/english/news/a-).

5.   A Senate subcommittee investigating the PTDF indicted Alhaji Atiku Abubakar, having found that he abused his office by aiding and abetting the diversion of public funds in the sum of $145 million” as loans to his friends. This report was a subject of a full-blown investigation by the EFCC which actually recommended his prosecution in a court of law. That report is still pending and alive till today.

How do we as a Nation end up with anyone with this sordid record locally and internationally? We have heard the lame defence that the U.S Justice Department said it has no pending case against Atiku Abubakar. That is only a defence for the ignorant ones. In the United States, there are indictments the Justice Department can confirm to the world. But there is another category of indictments known as SEALED INDICTMENTS that the Justice Department cannot confirm to anyone. These indictments are sealed under the orders of a Judge. Alhaji Atiku Abubakar has a sealed indictment waiting for him in the U.S. The day he visits the U.S, not as a candidate in an election, he will face charges.

There is no question that the reasons for Atiku’s frequent contests for the Presidency are to steal the resources of Nigeria for self-enrichment and to prevent prosecution for his crimes of laundering and receiving bribes. No amount of fake news or ridiculous false allegations against the President or Vice President that can wash away the well-documented history of theft.

We also challenge the PDP to publish a single line in the sub-committee recommendation of the House of Reps on the NEMA Emergency purchases where the report accused the Vice President of embezzlement of funds. They either do this within 24 hours or keep quiet forever. It is even noteworthy that the House of Representatives have not adopted any such recommendation to make it a report of the House.

We also challenge them to show any proof whatsoever of their allegations regarding the TraderMoni.

After three days of publicly announcing that they have hard proof that the President’s relations bought shares in Etisalat and Keystone Bank, the PDP has not produced a single piece of paper, a document of any sort to buttress the grave allegations it made. This is how shameless and callous the Atiku team has become, all in a desperate bid to get their hands on the public purse.

Lastly, we challenge Alhaji Atiku Abubakar for the umpteen time to produce his tax receipts for 2015, 2016 and 2017. It is shocking that a man who has not been paying his Personal Income Taxes now says he wants to “get Nigerians working again” – whatever that means. He is only deceiving himself and not the intelligent Nigerians that we know.