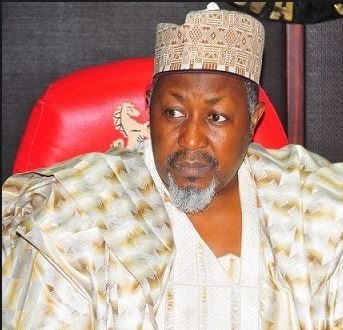 Government of Jigawa State says it has organized the wedding of 270 selected orphaned girls in the state.

Special Adviser to Jigawa governor, Malam Mustapha Saleh revealed this on Saturday during the occasion in Dutse.

There are 27 Local Government Areas in the state and 10 orphaned girls were selected from each.

“Ten beneficiaries were selected from each of the 27 wards of the state by the committee shouldered with the responsibilities of selecting and screening eligible beneficiaries.

“And they selected based on merit, not political affiliation or any other thing,” he said.

As sourced from PUNCH, he said that more than N93 million was spent by the state government to sponsor the wedding, including the provision of complete house furniture to the beneficiaries.

According to him, the gesture is part of the government’s effort to support the poor and vulnerable in the state.

Speaking further, Saleh added that medical tests, including HIV/AIDS test, were conducted on the couples in order to ascertain their genuine health status before the marriage.

“We decided to conduct the medical test because it was the best way to engender trust in the minds of the couples.

“The screening conducted had been a success story, as none of the couples was found to be carrying diseases that will disqualify him from benefitting from this kind gesture.

“And this is because joining the couples in suspicious circumstances, will make them distrust each other which might end up destroying the relationship,” Saleh said.

In her remarks, the wife of state governor, Hajiya Asma’u Badaru, who distributed furniture and other items to the beneficiaries, urged them to live in peace with their respective husbands.

According to her, living in peace would make the union to last long.

She also reminded the couples of the need to imbibe the fear of Allah, in dealing with their marriage.

Badaru added that they would be made to account for what they did in the hereafter.

Also, Alhaji Nuhu Muhammad, the Emir of Dutse urged the grooms to treat their wives with care.

Muhammad reminded them that Islam forbids beating, or abusing marriage partners on the premise that the conjugal union was meant to instil happiness, love and mutual trust, in the minds of each other.

“We call on the couples to imbibe the spirit of fairness as ordained by Islam.

“In Islam nothing is ambiguous on how a husband and wife should live together devoid of unnecessary vendetta,” the emir said.

He also advised the husbands to support wives to further both their Islamic and western education.

NAN reports that each of the 270 brides was given bed, mattress, wardrobe, cushions chairs, pillows, bed sheets, cottons, leather rugs, among other things.

Some of the beneficiaries, Nasiba Tata, Sadiya Bala and Jamila Bello, commended the Jigawa government for the gesture and promised to live in peace with their husbands.

Atiku Replies Buhari, Says ‘You Have History Of Bringing In Looted Funds’