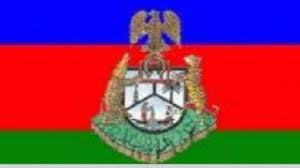 The Ijaw Youth Council (IYC) worldwide has called on political leaders in Nigeria to display patriotism in their service to the nation especially as we approach the 2019 general elections.

IYC’s President, Eric Omare, said that with the plethora of problems confronting the country and the rising tension in the country, it is only patriotism on the part of political leaders that can save the country.

The IYC particularly call on President Buhari who is the leader of the nation and a candidate in the 2019 presidential election to put the interest of the nation over and above his political ambition.

“We also call on the Chairman of the Independent National Electoral Comnission and all officers of INEC to display utmost transparency in the conduct of the 2019 general elections. The 2019 elections must be free, fair and credible.

“The management of the 2019 elections have the capacity to make or mar the future existence of Nigeria especially in the light of the ongoing security challenges in different parts of the country. We must as a nation avoid any act that would aggrevate the already tensed security situation in the country.

“On a final note, we also call on Nigerian youths not be allow themselves to be used for negative purposes in the 2019 elections. Youths of Nigeria must realise that political thuggery would only destroy their future and as youths they must be builders rather than destroyers of the nation”.

Newly Elected President Of MOSOP Pledges Commitment To Self Determination