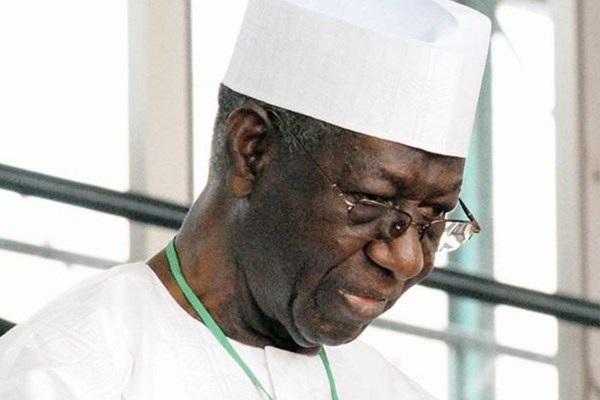 The family of the former Chairman of Board of Trustees of the People’s Democratic Party (PDP) and former Minister of works and housing, Tony Anenih, say they would sorely miss their patriarch who passed away on Sunday afternoon.

The family stated this in a statement confirming his death, describing him as a man who served Nigeria with commitment and “to the best of his ability”

The statement released by his son and obtained by BigPen Online on Sunday, described Anenih as the patriarch of the Anenih family, and Iyasele of Esanland.

The statement reads:  “With a heavy heart and total submission to the will of the Almighty God, the family of Chief Anthony Akhakon Anenih, CFR, the Iyasele of Esanland, announces his passing on to glory today, Sunday, October 28, 2018 after a brief illness.

“A beloved patriarch, he enjoyed God’s uncommon grace while alive.

“He served God and humanity with commitment.  He also served his fatherland to the best of his ability.

“We will all sorely miss him. But his legacies live on.

“Burial arrangements by the family will be announced subsequently”