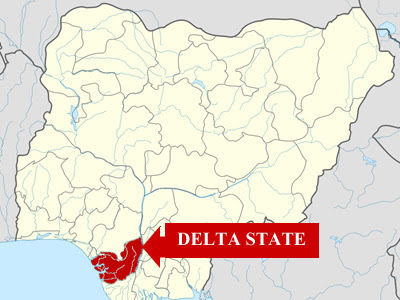 The Okoi Obono-Obla led Special Presidential Investigation Panel for the Recovery of Public Property (SPIPRPP) has confirmed the alleged arrest of the Delta State Accountant General, Mr. Cyril Agbele over a fraud petition before it.

Chairman of the Special Presidential Investigation Panel for the Recovery of Public Property (SPIPRPP), Mr. Okoi Obono-Obla, told Sahara Reporters that Agbele was arrested on Wednesday and taken on bail on Thursday.

He will be reporting to the panel on Tuesday, this week.

“Yes he was invited for questioning….by the panel over the allegation contained in a petition we received that he has amassed huge assets that are above his legitimate earnings as a civil servant. He was released on bail.”, Obono-Obla was quoted to have said in a report BigPen Online sourced Sahara Reporters.

The petition alleged that Agbele had reportedly amassed wealth and assets corruptly, worth over N7 billion as a civil servant.

The petition also alleged that Mr Agbele has choice assets located in Delta state, Newcastle (UK), USA and other parts of the world which were acquired from proceeds of fraud.

According to the report, detectives of the panel picked him up in Asaba, the state capital to Abuja where he was grilled before he was taken on bail on Thursday.

According to the newspaper, an official of the panel who didn’t want his name mentioned, said the arrest of the the state Accountant General is not unconnected to his involvement in money laundering, extortion and gross abuse of his office, especially “the corrupt manner he amassed wealth and properties across board.”

“We have a petition that Mr. Cyril Agbele is pilfering funds from the state treasury using his office as the Accountant General of the state to siphons money,” the official stated.

“That he has a number of companies he uses to obtain millions of naira contracts and approve funds for himself while he forced other contractor to pay him as much as 13 percent in cash as kickbacks directly to him before processing their payment even after the governor’s approval.

“The petition also alleged that the Accountant General has multimillion naira properties scattered all over Delta state, Newcastle (UK), and the USA. This includes hotels, schools, fast food joints, filling stations and countless numbers of exotic cars. That recently, some cash he stashed in a safe in excess of N500 million in local and foreign currencies where a $1,000 was carted away by his house maid, a Tiv indigene who conspired with the Accountant-General’s wife brother named Frank Ugo.

“The state Accountant General, Mr. Cy Agbele, is richer than some state governors both in wealth and assets. CY has always amassed wealth through frivolous means, which he uses to loot the state treasury. CY has committed a lot of financial crimes that if properly investigated this time around, he will rot in jail. How many times has the EFCC arrested him over corruption and financial crimes? But he will always find his way out of the hook with his money.”

The petition also alleged that the state Accountant General remits to his private bank accounts, VAT and taxes paid by contractors to the Federal government through him, and forgery of Delta state tax documents for politicians and contractors among others.

Meanwhile, Mr. Agbele, rebuffed calls and text messages when contacted, saying in reply to text: “Please identify caller” followed by another which read: “Good evening I have not heard of this. Please who gave you this no”? 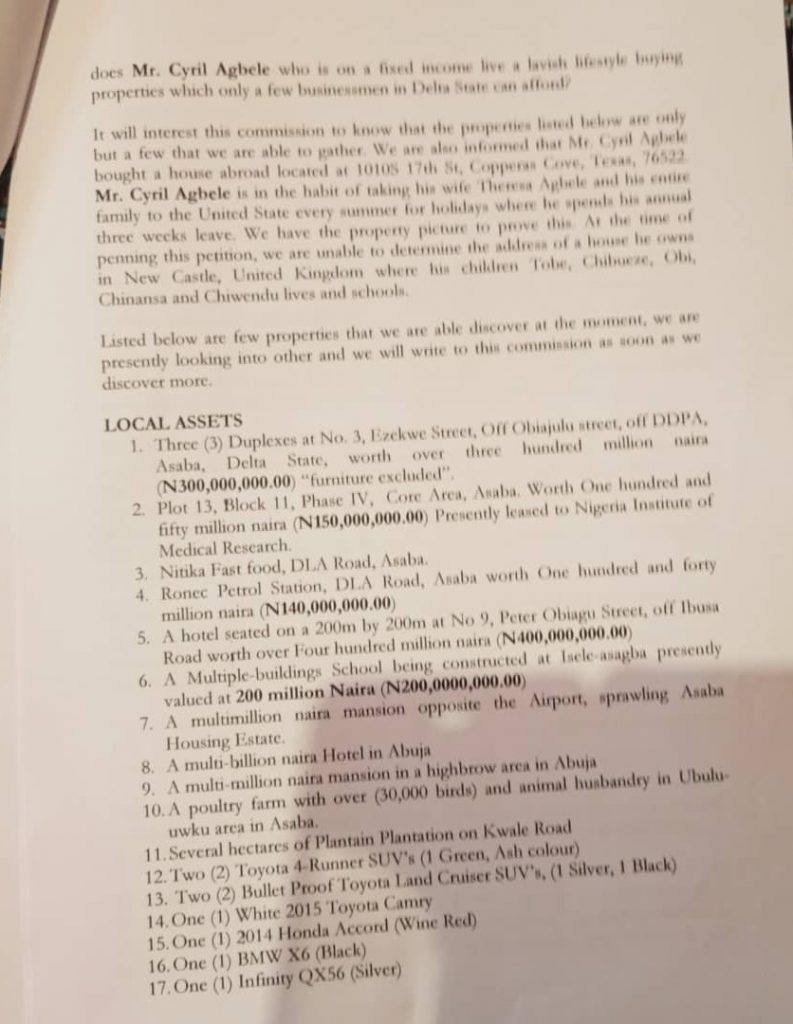 We Will All Sorely Miss Him – Tony Anenih’s Family