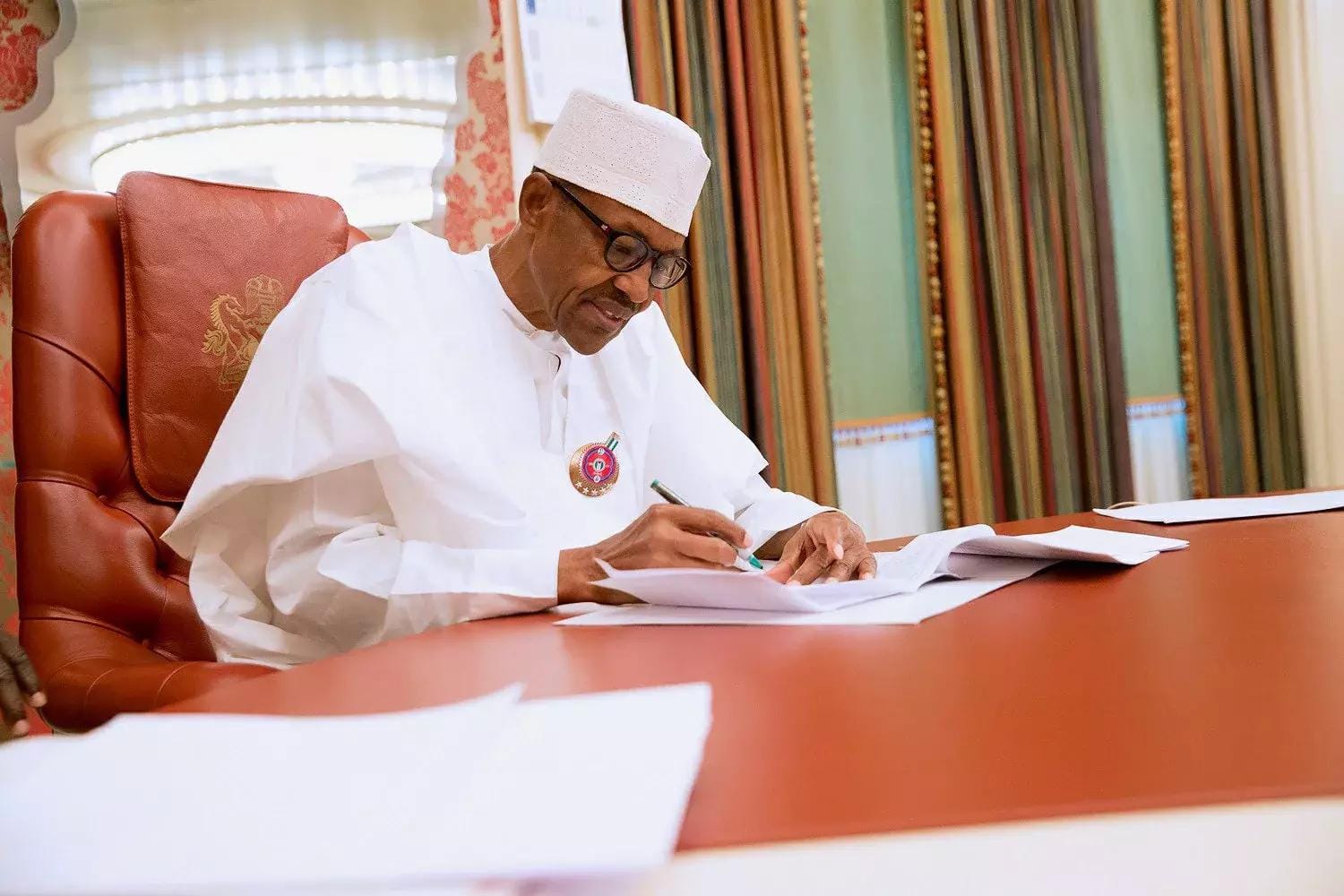 President Muhammadu Buhari on Friday signed six bills, including the Compulsory Treatment and Care for Victims of Gunshot Act, 2017 and the Niger Delta Development Commission (Establishment) Amendment Act, 2017 into laws.

Senator Ita Enang, the Senior Special Assistant to the President on National Assembly Matters (Senate), made this known to State House correspondents in Abuja on Friday.

According to Enang, the Gunshot Act specifically stipulates that a person with gunshot shall be received for immediate and adequate treatment by any hospital in Nigeria with or without initial monetary deposit.

He explained: “Furthermore, a person with gunshot wound shall not be subjected to inhuman and degrading treatment or torture by any person or authority, including the police and other security agencies.”

Enang said the NDDC Act also included the gas producing and gas processing companies in the list of agencies that were contributing to the Niger Delta Development Commission, in addition to oil companies to increase funding of the commission for effective discharge of its duties.

He added: “Previously, the NDDC Act excluded gas companies. The Act makes it explicit that gas companies have to be included.This is to diversify sources of funding for the NDDC for the economic wellbeing of the region.”

The presidential aide revealed that the President also signed the Anti-Torture Act 2017 into law.

According to Enang, the Act makes comprehensive provisions for penalising acts of torture and other cruel, inhuman and degrading treatment or punishment, and prescribes penalties for the commission of such acts.

He disclosed that Buhari also assented to the Federal Capital Appropriation Act.

He explained that the Act authourised the Federal Capital Territory Administration to legally and legitimately provide funds out of its Statutory Revenue Fund for recurrent and capital expenditure.

Enang noted that the Federal Capital Territory Water Board Establishment Act was charged with the responsibility of providing safe, adequate and affordable water to
FCT residents.

“The National Institute for Cancer Research and Treatment (Establishment) Act, 2017 is to provide national direction in cancer research, control and treatment; guide scientific improvements to cancer prevention, treatment and care, coordinate and liaise between the wide range of groups and health care providers with an interest in cancer.

“The six Acts have come into effect as laws of the Federal Republic of Nigeria.”