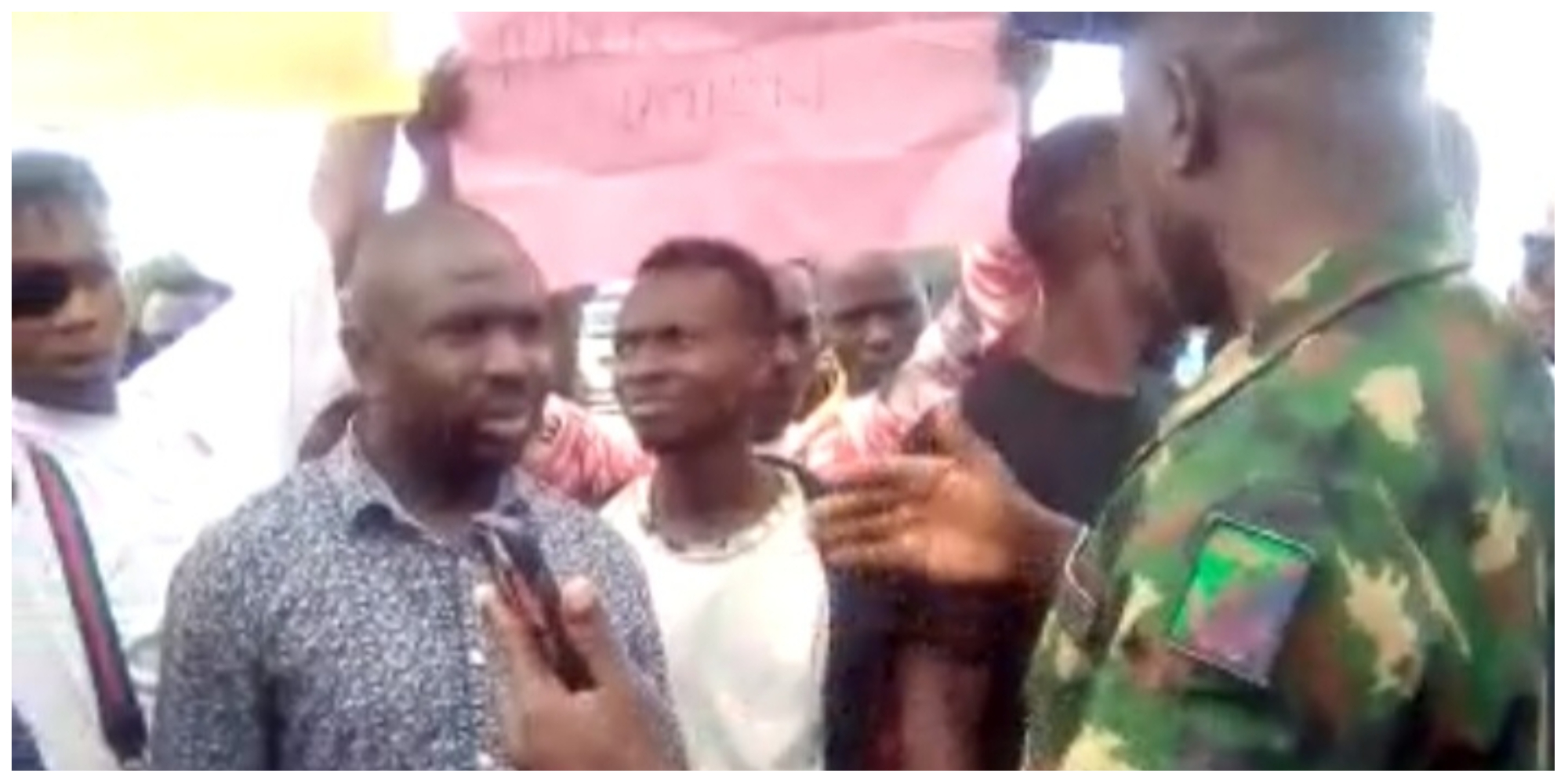 Attempt by suspected hoodlums to hijack peaceful protest by hundreds of Isoko indigenes, mostly women and youths who barricaded the Ozoro-Kwale-Asaba expressway over alleged exclusion from pipeline security contact recently awarded by the federal government, have been averted by a combined security team led by men and officers of 63 Brigade as well as the Divisional Police Officer (DPO) Ozoro, on Wednesday.

www.bigpenngr.com understands the protest which started as early as 7:am  and had caused serious traffic jam for several hours for stranded motorists, could have escalated not for the quick intervention of security team who arrived the scene.

Several motorists, it was learnt, in a bid to escape the hindered free flow of traffic along that axis and for fear of being attack by suspected hoodlums who infiltered the protest, have to detoured to other routes.

www.bigpenngr.com reports that since the Nigerian National Petroleum Company Limited (NNPC) announced the federal Government decision to award the mouth watery pipeline guarding contract to the former militia leader, Government Ekpemupolo, popularly known as Tompolo, there have been serious threat to violent agitations in Delta state and across the Niger Delta by some ex-militant groups and youth groups who alleged that authorities had deliberately undermined and excluded them.

The Isoko protest is the latest in the series of protests and agitations which had greeted the contract.

The placard carrying protesters who alleged marginalisation of Isoko land in the surveillance contact, blocked the roads with tyres, drums and planks to prevent vehicular movement.

They expressed concerns that Tompolo who had been privileged to have gotten the contract under former President Goodluck Jonathan administration was being rewarded same contract to the detriment of other oil producing area who also feels the brunt of oil exploration activities.

Sources said that it took the intervention of a combine team of army and police personnel for the protesters to disperse from the busy road.

Witness said; “It got to a point when the peaceful protest was getting rowdy and the protesters were beginning to get out of control as hoodlums were seen to have infiltrated their midst in order to hijack the protest and cause mayhem.

“It was at this point at about 11;30am that the security operatives led by 63 Brigade Officer In Charge of Defence Company at Kwale, Major S.O Ibitoye, led the Divisional Police Officer (DPO) Ozoro and other security outfits, moved in to address the protesters and plead with them to vacate the highway”.

Sources said that the appeal made by the security operatives yielded positive results as the protesters were seen removing the barricades to allow free flow of traffic on the highway.

As of time of filling this report around 1:45am, normalcy have returned to the area as residents went about their normal day activities unhindered.

In a related development, the Presidential Amnesty Programme 3rd Phase ex-militants’ Generals in the Niger Delta, have frown at what they called deliberate and calculative attempt by Federal Government to denied them in the scheme of things in the pipeline surveillance contract awarded to Tompolo.

“That it will be in the best interest of the region to include the expertise and inputs of the 3rd phase ex-agitators and leaders for the protection of pipelines and oil facilities in the region. That we the ex-agitators leaders see the pipeline surveillance as a call to duty, though we are constrained because this is our means of survival”.

They however passed a vote of confidence on High Chief Government Ekpemupolo, saying that he has capacity to perform excellently well in the surveillance job.

The group urged Tompolo and the Federal Government and other relevant authorities for an all inclusive meeting especially with the 3rd phase ex-agitators leaders to ensure proper security of the pipeline and oil facilities in the Niger Delta region.