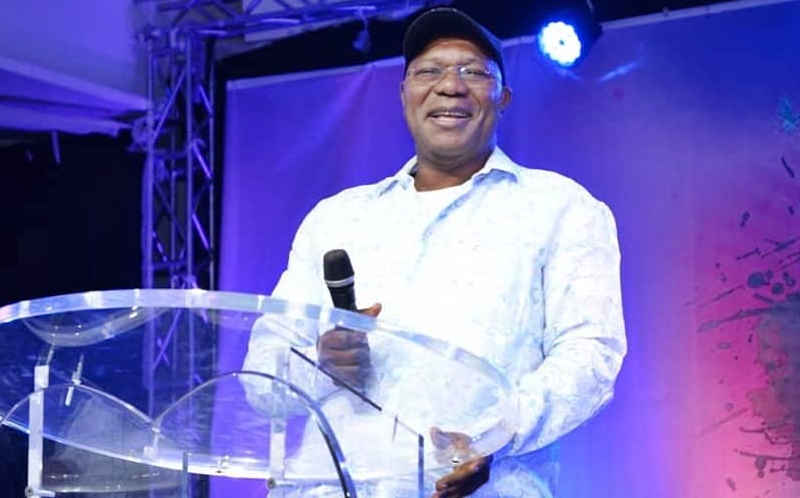 Owase spoke even as Otuaro earlier said during his post-election Thanksgiving Service, on Sunday, at Christ Embassy Church, Airport Road, Warri, that his inability to clinch the PDP ticket despite divine directive to contest “can only be understood by those higher in things of the Lord”.

Otuaro said he was fulfilled in the personal love of God who additionally made him a centre of attraction over his governorship aspiration.

“I have never been this fulfilled in my spirit. I’m so happy and fulfilled because God told me to go and contest and I did. I’m not an impressionistic person. I’m a child of God. He spoke to me and I heard him. I was restless and peace came over me when I responded ‘yes I will’ “, Otuaro said, adding: “I told my principal and dear friend, Senator Dr Ifeanyi Okowa about my divine call and must thank him for his support”.

“If I had not courageously gone ahead to complete the processes and contest the election with all my resources as directed by God, I wouldn’t have been this fulfilled in spirit”, Otuaro asserted.

Otuaro testified to “God’s personal love” which he said was demonstrated when a plane he boarded to Abuja in one of his pre-election travels came shy of crashing.

“I am grateful to God because he is mindful of me. Beyond his “generic” love for mankind, God specifically loves me and has severally shown it. While on travel during the pre-election movements, I boarded an Airpeace plane to Abuja which came on a stormy weather. The whirlwind was terrible. Everywhere turned pitch dark. We felt eyeball to eyeball with death! Somehow, the plane successfully landed in Lagos. While some declined arrangements to again proceed to Abuja upon now clement weather, I still boarded the same plane! Something had told me that the airplane did not crash because of me”, Otuaro related. Otuaro said his conviction God’s grace on him saved the airplane from crashing was “confirmed by a Pastor who rang me up to say so”, and who sounded pre-informed of the close shave with tragedy.

Otuaro said Ministers of God he had never met, from various ministries sought him out due to their visions of his ambition they had and networked in prayers and fasting, confirming the divine tinge to his ambition.

“Among others elsewhere, for several weeks every Friday, Men of God from Redeemed Christian Church of God I didn’t know came and were availed with my facility at Mosheshe estate Effurun, to pray all night. Such centre of widespread attraction I enjoyed could only have been God which goes to confirm my divine directive to contest”.

Otuaro appreciated Pastor Chris Oyakhilome who he said spoke grace, favour, protection and God’s guidance upon him. He thanked Gbaramatu Council of Chiefs, the Love world nation, those on his KBO campaign team who worked wholeheartedly, the Oporoza Political family and all before bowing knees down in worship on the church podium. In that moment, the officiating Minister, Evangelist Owase, noted there was something “happening in the realm of the spirit”.

The officiating Minister further said “It is rare and a blessing to hear from God and the blessings of obeying is the best part”.

“God has done something with Otuaro’s participation. God knows the end from the beginning”, Evang Owase said, pointing: “You (Otuaro) are an asset to the state. The state would always need your input. God has increased your sphere of influence. You will remain a reference point. Your staying the course of the gubernatorial quest to the end proves the direction of God and fact you were not in it for personal gain”.

“I salute your courage which is an indication of God’s support. You are full of life and joy which is a surprise to many and your enemies. Men who put faith in God are indestructible. Your faith in God has not failed. Indeed, you are a blessing to the state, the body of Christ and to the entire nation!”, Owase intoned.

2023: Buhari Urged To Inaugurate Odubu’s, Okumagba’s NDDC Board To Save APC In N’Delta