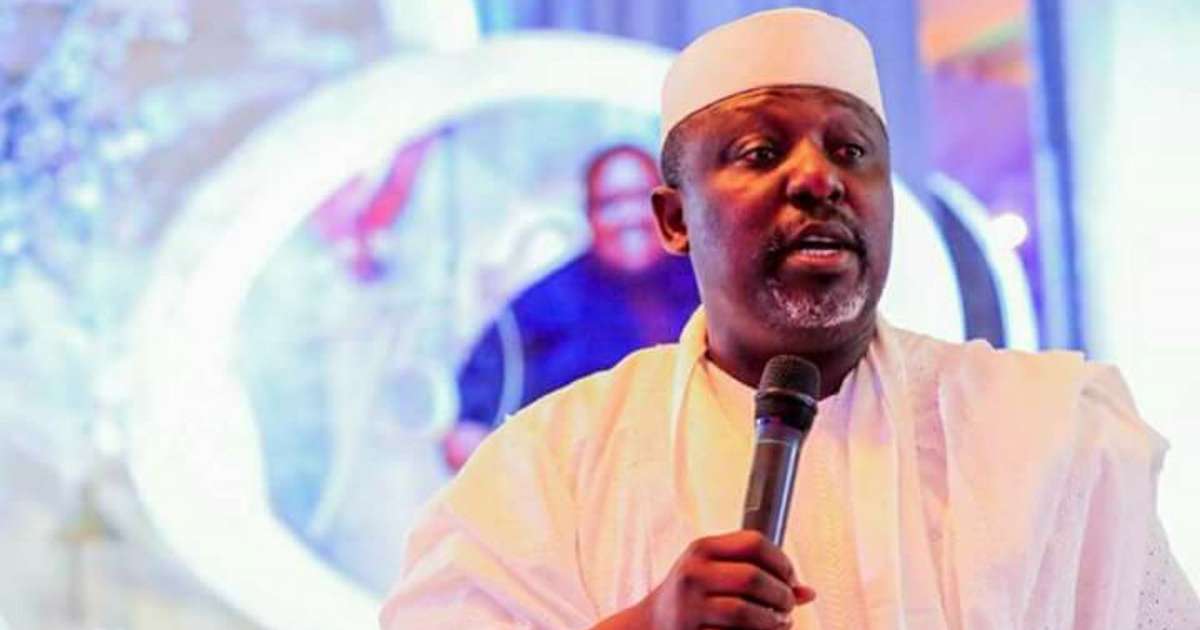 The agency had broken into the residence after gunshots were heard in the vicinity.The EFCC had also insisted that journalists must leave the premises, forcefully ejecting everyone in the residence.

A Channels Television cameraman, Kabiru Owoyemi, was among those brutalised during the clearance. He was hit with a gun on the neck.

The operative also used teargas to disperse journalists from the scene.

The EFCC had arrived Okorocha’s residence in Maitama to effect his arrest on Tuesday.

According to the agency, Okorocha had refused to “honour invitations after jumping the administrative bail earlier granted him by the Commission.”

But Okorocha, who is running for President under the platform of the All Progressives Congress, accused the agency of holding him hostage in his own home.

Speaking exclusively to Channels Television, he also asked the EFCC to produce an arrest warrant.

The EFCC had on January 24, 2022 filed a 17-count criminal charge bordering on diversion of public funds and properties to the tune of N2.9billion against Okorocha.

The case was assigned to Honourable Justice Inyang Ekwo of the Federal High Court, Abuja but attempts to arraign Senator Okorocha were twice stalled owing to the absence of the ex-governor who evaded service of processes.

At the last adjourned date, March 28th, 2022, Justice Ekwo before adjourning until May 30th, 2022, had warned that it was “the last adjournment I shall grant in this matter”.

According to the EFCC, it was “left with no option than to effect the arrest of Senator Okorocha and bring him to trial.”