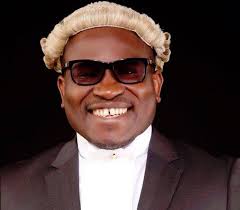 The third term ambition of the lawmaker representing Ughelli South Constituency in the Delta State House of Assembly, Hon. Reuben Izeze, has suffered a major rejection from political blocs in the constituency.

The lawmaker, is said to be scheming for a third term following clamour by some Ughievwen leaders who had over the years rooted against anyone aspiring for a third team in the constituency.

Worried by the political developments in the area, Concerned Ughelli South Youths For Equity and Justice, said that the people of the constituency would vehemently resist any attempt to impose Izeze on them.

They said that Izeze had been a major campaigner against third term ambition and cannot turn around to start scheming for a third term to represent them in the State House of Assembly.

In a statement made available to newsmen on Saturday, Chairman and Secretary of the group, Mr John Diakparomre and Mr Emma Ejovwokiniovo, respectively, said that ‘third term is an evil plot’ that would not see the light of the day in the constituency.

“We strongly advise the leaders and people of Ughievwen to desist for the evil plot of sponsoring the incumbent, Hon Reuben Yakubu Izeze for a third term.

“Tebite wanted a third term to make it 12years but failed because you never supported it. Now this same Ughievwen people who refused to support Tebite for third term are same people clamoring for Izeze because of greed that he will make their wives Special Assistants and Personal Assistants. They are the ones consulting people for him now” .

They said that the people of Ughelli South deserve a resourceful, humble and very accessible representative in the House of Assembly in 2023 but not an Izeze.