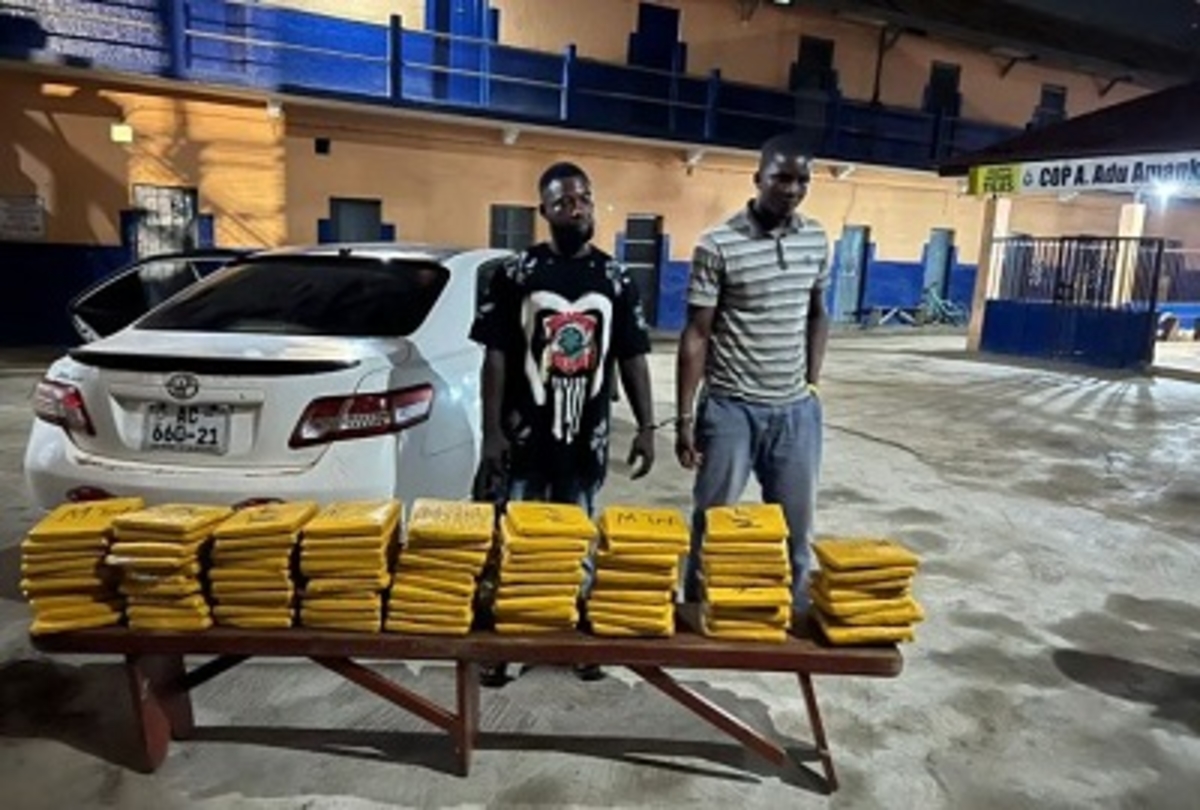 Two suspects who allegedly specialised in distribution of substances suspected to be narcotic drugs using brand name of conglomerates, have met their waterloo.

The suspects were arrested for possessing 88 parcels of suspected narcotic drugs following a search on their vehicle by police patrol team.

The suspects were apprehended by the Koforidua District Police of the Eastern Regional Police Command.

The officer in charge of the District Command, Inspector Edwin Tetteh, who confirmed the development, said that the arrest was made on Friday dawn by the night patrol team.

The police report says the two suspects were spotted in a Toyota Camry with registration number AC 660-21 at Ada- Koforidua township in the New Juaben South municipality of the Eastern Region.

The suspects were stopped and arrested by the police on suspicion that thier vehicle could be a stolen one.

A search conducted in the vehicle revealed 88 parcels of suspected dried narcotics packaged in yellow covering and labelled ‘MTN’.

The suspects claimed ownership of the suspected packaged narcotics substance.

They narrated to the police that the vehicle belonged to a friend at Obuasi .

They added that the 88 ceased suspected narcotic packages labelled ‘MTN’ was delivered from Dzemene in the Volta Region for onward delivery to Kumasi in the Ashanti Region.

The police have detained the two suspects as they make efforts to access the documents of the car, Dailylifegh had reported.

2023: It’s Wrong For Okowa’s Successor To Be A  Delta Northerner – Monarchs