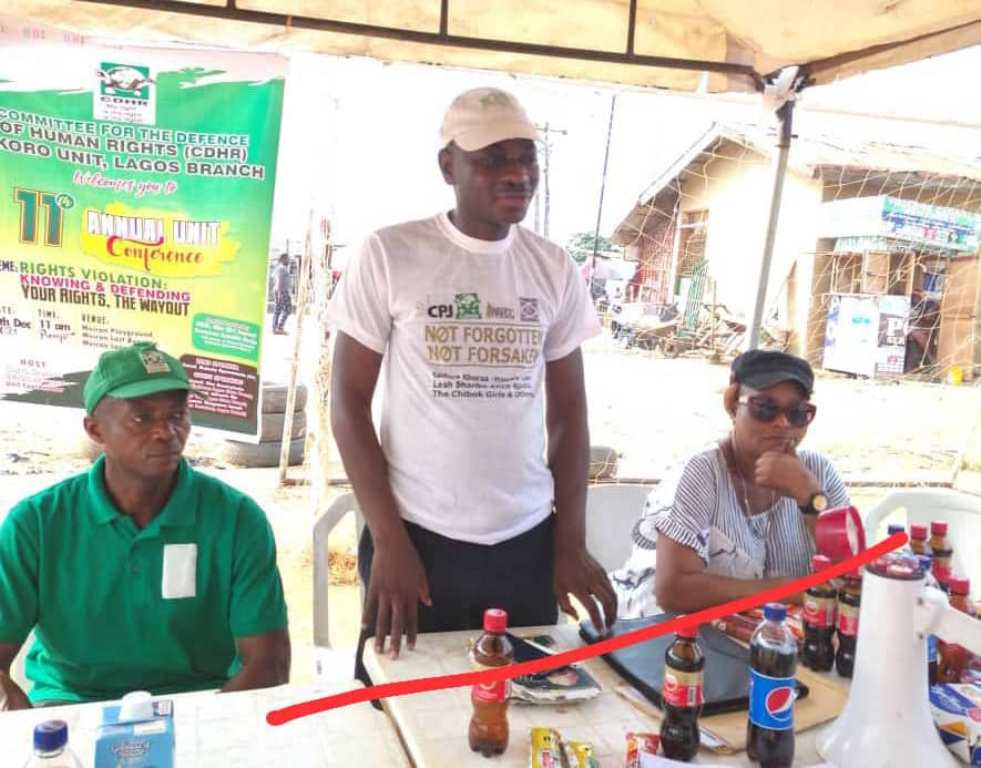 The Committee for Defence of Human Rights ( CDHR), Ekoro Unit, Lagos State, has embarked on sensitization citizens in the area on their fundamental human rights in order to protect them against abuse.

Mr Moshood Adeyemi, CDHR Coordinator, Ekoro Unit, Lagos, made this known at the 11th Annual CDHR Ekoro Conference which had the theme, : Rights and Violation: “Knowing and Defending Your Rights, the Way Out.”

He said the sensitisation exercise would prevent attempts to pervert or obstruct the course of justice and as well as empower citizens on their rights in the society.

He said that the programme was also embarked upon following repeated violations of the rights of citizens in the area.

The CDHR coordinator listed some of the rights of the citizens to include: right to vote, freedom of association, matters of tenancy relationships; rights of electricity consumers and rights of criminal suspects when arrested by the police.

He, therefore suggested more awareness and stakeholders’ engagement in order to educate people on their rights and privileges.

“At the state level, the CDHR will support Ekoro unit to get a permanent secretariat and transport facilities to enhance their activities,” he said.

Bello urged the unit to carry out their duties diligently and shun anything that could jeopardise the essence of the CDHR’s mandate.

CDHR was established in 1989 and currently operates in 26 states of the federation while CDHR Ekoro Unit was registered on March 10, 2010.

The highpoint of the programme was the election of new officers to pilot the affairs of the Ekoro Unit.