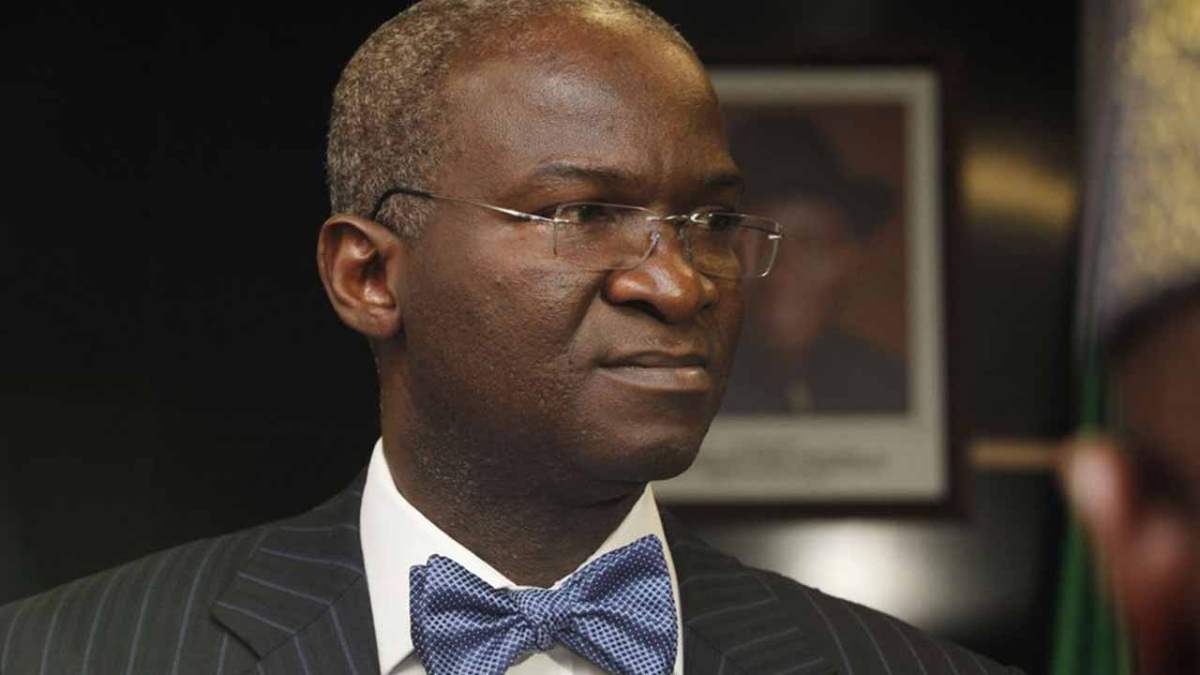 In a statement of claim before an FCT High Court presided over by Justice Sylvester Oriji, the minister accused Adesanya and two national dailies of making false and disparaging publications against him.

He said the publications in The Guardian and ThisDay newspapers of Jan. 11 and Jan. 16, 2019, respectively, were in respect of the Mambilla Power Project.

Fashola alleged that in the said publications, Adesanya accused him of frustrating the completion of the project and engaging in acts of corruption in relation to the project as Minister of Power, Works and Housing.

The minister stated that the advertorial publications sponsored by Adesanya, “amount to nothing less than character assassination with a view to achieving damaging effects against the claimant (Fashola).

The claimant added that Adesanya and the two newspapers, by the publications in which his name was deplored, portrayed him as a dishonest and disloyal political operative.

They also portrayed him as a greedy, thieving political manipulator, unworthy of his office as minister or any other public office, he averred.

Fashola further stated that the publications portrayed him as “a dirty politician who would take beneficial steps in governance only when it is for his personal advantage even at the risk of causing his country and political leader great harm.

“None of the allegations made against the claimant in the offending publications are true.

“The defendants published the disparaging and defamatory materials with the main purpose of destroying the claimant’s credit and reputation by publishing invented untrue and malicious falsehood about him,’’ he charged.

Fashola said he had suffered embarrassment and humiliation, among others as a result of the false publications and wants the court to award N2 billion damages against the defendants.

The minister also wants an order of perpetual injunction restraining the defendants and their agents from further publishing the offending materials or any other materials relating to the claimant.

Fashola equally wants the court to order the defendants to publish retraction of the damaging publications.

He also sought an order compelling the defendants to offer him “properly worded unreserved apology for the libellous advertorials’’.

While Adesanya and Thisday are yet to respond to the suit, The Guardian Newspaper, in its statement of defence, denied any wrongdoing.

The Guardian, while pleading qualified privilege, said it acted within its Constitutional responsibilities.

These include the duty to inform the public on matters relating to the conduct, activities, operations and policies of the state, its ministries, paraststals and agencies.

It argued that the publication referred to by Fashola “is a fair and accurate rejoinder about issues relating to the administration of the Mambilla Power Project by the claimant as the Minister of Power’’.

The newspaper added that since the Mambilla Power Project is being executed with public funds, the publication complained about was made in furtherance of its moral, professional and legal duty to inform the public on matters of public interest.

The Guardian stated that it did not hold Fashola in malice or in contempt and had never made any publication or done anything against him to cast him in bad light.

When the suit was called Fashola’s lawyer, Mr Charles Edosomwan (SAN) noted that it was only The Guardian Newspaper that has filed any response in the case.

Justice Oriji noted the first and third defendants were still within the required seven days to file their responses and he adjourned the suit to Dec. 6 for hearing.