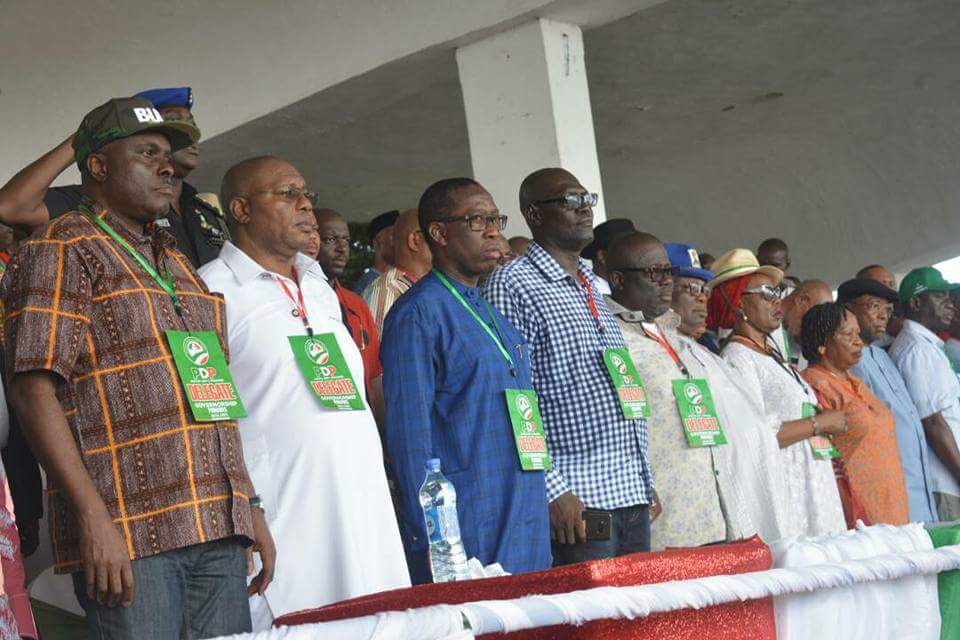 The appearance of former governor of Delta State, Chief James Ibori to the PDP governorship primaries may nip in the bud speculation that he will defect from the ruling party, People’s Democratic Party (PDP) to join the All Progressive Congress (APC).

BigPen Online reports that speculations have been rife that immediate past governor of the state, Dr Emmanuel Uduaghan cross-carpet to APC was to hold forth for Ibori who apparently was on his way to join his cousin.

But Ibori appearance at the event held at Cenotaph, Asaba, can be a game changer for Okowa whose governorship seat is currently under threat owing to the massive mobilisation by the opposition party, APC.

The APC, since the defection of Uduaghan have been a different party and there have been speculations that the plot to unseat Okowa must have been perfected before Uduaghan took the decision to leave the party.

Immediately Ibori entered the event centre, the political atmosphere change as everywhere was lighted with party men and women jubilating and discussing in hush tones over his presence.