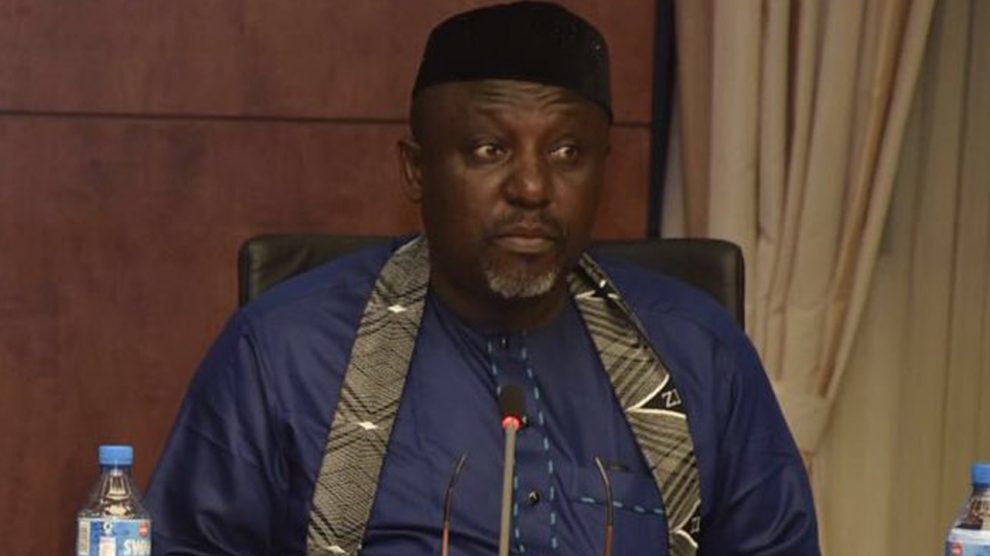 Imo State Governor, Owelle Rocha Okorocha has said his administration will continue to mold people with impeccable character as part of its desire to make the state a tourist and investors destination.

The Governor who stated this during the Online Media Practitioners Association of Nigerian (OMPAN), national convention held at the Imo Trade and Investment Centre, Owerri, the state capital, said that molding people who have made mark in the country and Africa was an initiative of his administration which was misconstrue.

Mr. Okorocha who spoke Friday through the state Commissioner for Information, Nnamdi Obiaraeri, expressed delight that the famous “Heroes Square” which was heavily criticised by Nigerians have became a tourist site for people all over the world.

According to him, when the governor started the project, he was laugh at, but today heroes square is a centre for tourists, he declared.

“Feel free to be in Imo. Five minute from here you will get to the famous Heroes Square. If you want to be mold, do good and we will mold you there.

(There was an exclamation and wide laughter from the crowd).

Continuing, he said, “There is Sirleaf Johnson there, there’s Nnamdi Azikiwe there; there’s Awolowo there and a lot more. It is a place of pleasure where the world is going…We don’t mold armed robbers, we don’t mold trouble makers. We mold men and women that command international acceptance and respectability”.

Speaking further, the governor lamented that people now use the new media for cyber stocking and blackmailing to extort money from unsuspecting citizens, adding that anarchies now masquerade as democrats, “activism is not rascality.”

“When you own an online platform, it is not for you to cyber stock people and do all those kind of blackmailing things to get money out from people. The damage you can do is enormous”.

The governor while insisting that the National body of OMPAN should take its members on legal execution, maintained that the execution should bother on the working of the cybercrime Act 2015, “because there is a law that regulates what you do, what you must not publish and how you must not publish, because if you are not prepared to play by the rules, you cannot exist in a civilized community.

“Freedom after speech is the real freedom of speech. For any freedom you have to pay something. Good number of online media practitioners now pay prizes for some unfounded publications. Freedom of speech is not a lascivious weasel to lampoon the integrity of others.

“You must do developmental journalism and interface because part of what we must do is that you must recognize that the website or that blog that you are hosting is being read in Australia.”

Okorocha admonished OMPAN to draw strength from the Nigeria Union of Journalists (NUJ) and the Nigerian Bar Association (NBA), which have regulatory bodies backed by law from the National Assembly (NASS), stressing that information already published cannot be retrieved, “once you make any update, be sure that it must be a responsible update that will encourage the Nigerian socio- economic development”.

I am Not Going To The Senate To Bring And Share KEKE NAPEP Once A Year, Says Uduaghan