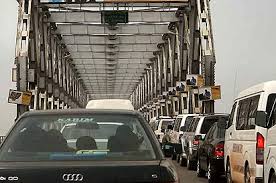 The Delta State Police Command has flagged off a free flow traffic operation on the Asaba end of Asaba-Onitsha Niger bridge.

The operation is aimed to ease the movements of travelers through Asaba to the South-East, South-South and South-West for Christmas and New year celebrations.

State Commissioner of Police, Delta State Command CP Zanna Ibrahim, performed the flag off on behalf of the Delta State Committee on Traffic Management, at the Asaba end of the Niger bridge, on Tuesday.

Meanwhile, the Commissioner of Police, has expressed the readiness of the Command under his watch, to work with other security agencies in the state towards ensuring greater security of lives and property.

The CP, who was represented by the Deputy Commissioner of Police incharge Administration, DCP. Ngozi Onadeko, stated this on Wednesday, during a courtesy visit to the CP by the newly posted State Commandant of Nigeria Security and Civil Defence Corpse, Delta State Command, Commandant Sam Ego Ezeagbogho.

He noted that no one security agency, no matter how equipped could provide the needed security for the citizens hence the need for collaboration amongst the various security agencies.

While expressing his gratitude for the warm reception accorded him and his entourage by the CP and his management team, Commandant Sam Ego Ezeagbogho promised that his agency would work harmoniously with the police and other security agencies in Delta State.

Why Olojeme Turned Herself In To EFCC