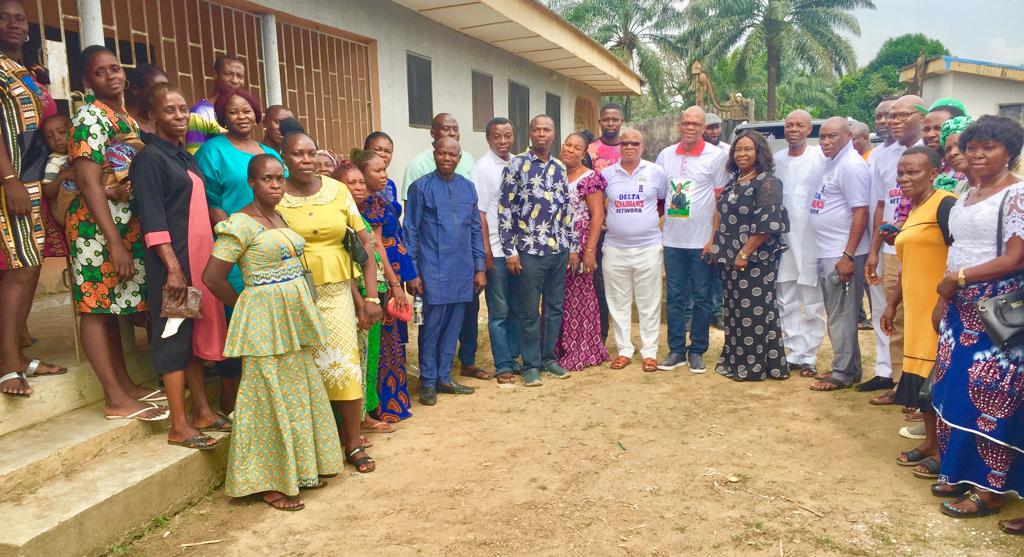 The PDP candidate for the Isoko Federal Constituency, Jonathan Ajirioghene Ukodhiko, has stepped up his electioneering efforts with a consultation visit to the party’s support group, Delta Renaissance Network (DRN), in Aviara, Isoko South local government area of Delta state.

The party’s candidate, who was received by the chairman of the group, Odio-Igho Amos Okoro (JP), declared his intentions to enter the hollowed green chambers and provide the Isoko people with quality representation.

Pastor Ukodhiko, who clinched the ticket by winning the party’s primary by a huge margin, while addressing the crowd of people made up of people from all the Wards in the two council areas, pledged to build on and raise the bar already set for the Isoko nation at the National Assembly by the incumbent, Rt. Hon. Leo Ogor.

According to Prince Enahoro Erijoh, Head, Media Team of DRN, Ukodhiko, an accomplished businessman of international renown, urged the PDP support group to rally behind him as he currently enjoys the support of the entire leadership of the Party and elites of the Isoko nation across party lines due to his pedigree as a known wealth creator and result-oriented individual.

He said that as a former member of the State Executive Council and former Delta State Commissioner for Power and Energy, he has a clear and thorough understanding of the dynamics of governance and would better represent the interests of the people with his wealth of experience accumulated over the years.

When elected, the eloquent speaker promised to lobby in Abuja and work as a team to bring significant development projects from the Federal Government to the Isoko nation, resulting in long-term job opportunities for Isoko youth.

According to him, the consultative visit to Delta Renaissance Network (DRN) has become necessary because of his knowledge of the large grass-roots following of the group in Isoko nation.

The Chairman of DRN Odio-Igho Amos Okoro JP,  thanked the PDP House of Representatives candidate for Isoko Federal Constituency for visiting the network in his remarks which came after an interactive session with the audience, which was chanting songs of victory for Ukodhiko.

He also posited that the political support group had given him and all of the Party’s candidates a resounding vote of confidence and support, ensuring a complete victory at the 2023 elections.

The Delta Renaissance Network (DRN), a grassroots canvassing political network with a very strong and formidable structure and grass-roots supporters in all the Wards of all LGAs in Delta State, is also affiliated with the Delta State PDP Campaign Council as a political support campaign group.