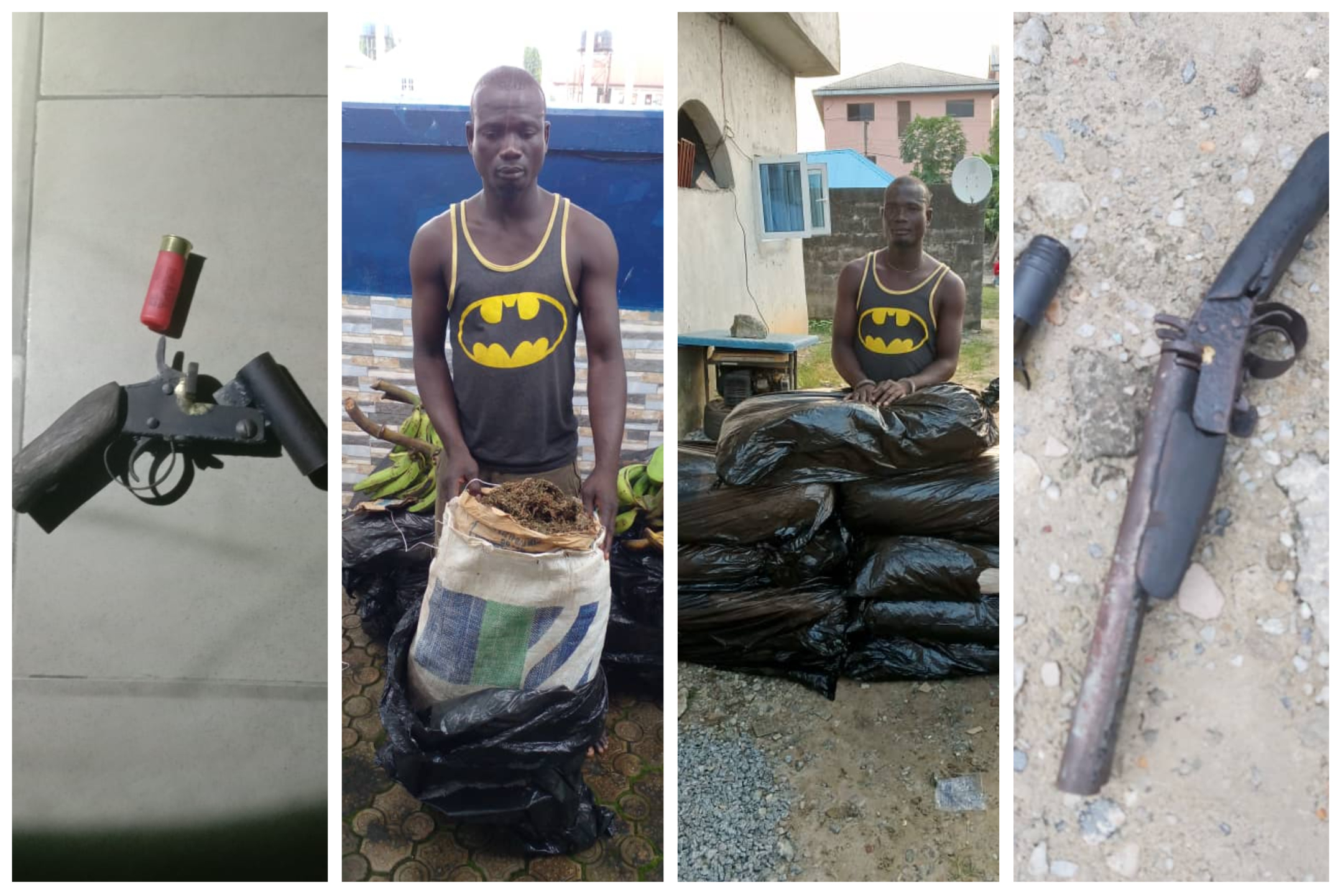 A suspected dealer in substances suspected to be Indian hemp, one Demilola Adefuwa, has been arrested by operatives of Eagle-Net Special Squad of the Delta Police Command along the Benin-Sapele road, near Warri, commercial hub of Delta State.

www.bigpenngr.com reports that the suspect was arrested trying to transport the substances found in nine bags in a commercial vehicle being driven from Delta to Benin, the Edo State capital.

State Police Public Relation Officer, DSP Bright Edafe who confirm the arrest, said that the suspect, 42-year-old was arrested on Thursday, 25 August, 2022 at about 1730hours after the police squad on Aberdeen patrol duty intercepted a sienna vehicle with reg. no. SAP 889 AA driven by the suspect.

In a statement on Saturday, Edafe said that the suspect was arrested after the police team subjected the vehicle to a search during which nine bags of weeds suspected to be Indian hemp covered with plantain leaves for the purpose of deceiving the Police were recovered as exhibits.

Edafe, also said that on Friday, 26 August, Police operatives attached to ‘B’ Division Warri, while on Surveillance Patrol along Okere market junction, received a distress call that a four-man armed robbery gang were operating around Miramble guest house along same Okere Road.

According to him, “the team raced to the scene where the hoodlums on sighting the Police engaged them in a gun duel adding that in the ensuing gun battle, one of the hoodlums was fatally wounded while others escaped.

He said that one locally made double barrel cut-to-size gun and a live cartridge were recovered from the suspect.

“The injured suspect was taken to the hospital where he gave up the ghost while receiving treatment”, Edafe stated.

Similarly; “on Tuesday 23, August, Policemen attached to ‘A’ Division Rapid response squad were on routine stop and search duty along Urhobo road when they sighted two young boys on foot approaching them, the men were at alert owing to the fact that, they could be out to play a fast one and attack them.

“The injured suspect equally gave up the ghost before he could get to the hospital. One locally made gun, one expended cartridge, and one live cartridge were recovered. Manhunt for the fleeing suspects in ongoing”, Edafe added.

Suspension Of Policewomen Over Video On TikTok ‘Uncalled For’ – Daddy Showkey