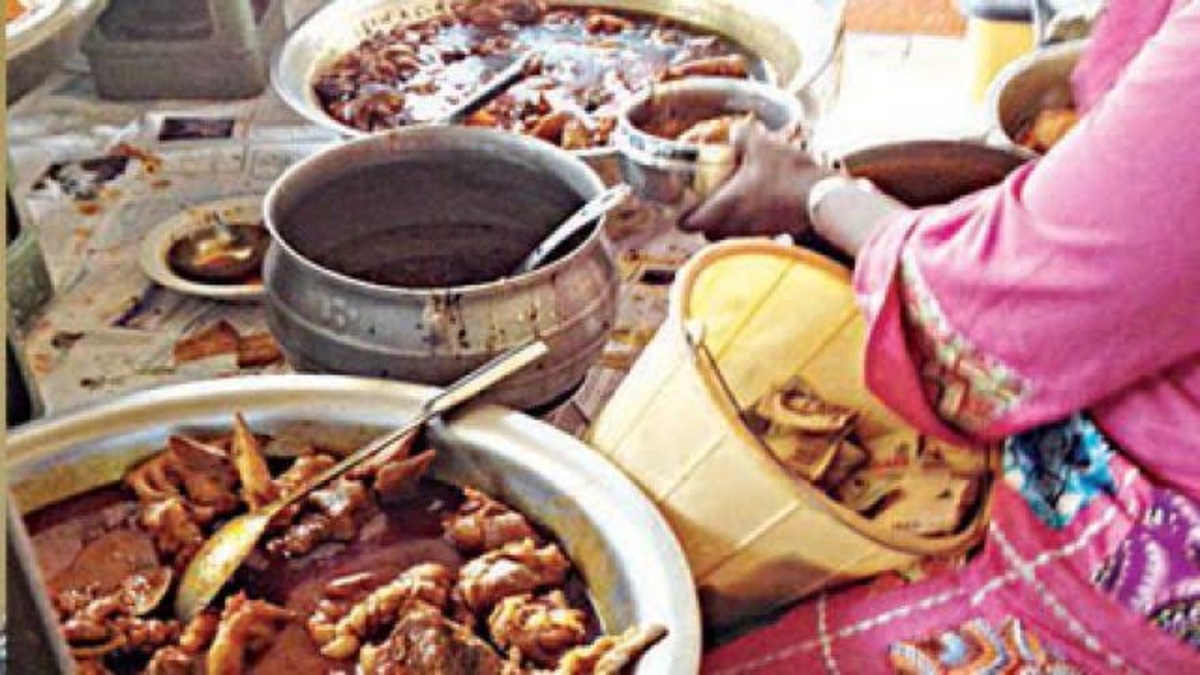 A restaurant owner in Agbor, Ika South Local Government Area of Delta State, Mrs. Bridget Okoh, popularly known as ‘Ofekoni’, has debunked the rumours making the rounds that she prepared her food with water gotten from dead people and female private parts.

Mrs. Bridget Okoh while speaking to newsmen at Agbor said “I want to urge members of the public, especially my customers, to disregard all the allegations on social media, adding that It was unimaginable to even talk about somebody in such manner, God forbid.”

She stated that she had been in restaurant business for over two decades, serving her customers with good and healthy food.

“The rumour is untrue and must have emanated from the pit of hell and the handiwork of my adversaries. As I am speaking to you now, nobody or group of persons has come up to say they saw or caught me or my workers doing what was I am being accused of,” she stated.

According to her, “I got to know about the ugly rumour when one of my workers went to the market on Wednesday, January 19, 2022 to grind tomatoes, that some group of people suddenly started booing her that her madam cooked for her customers with water she allegedly got from the dead bodies and female private parts”.

Continuing, she stated that she had gone to the various markets and business places in Ika Land to swear and curse those tarnishing her reputation and good image.

In his remarks, elder brother of Mrs. Okoh, Apostle David Oseh, said his sister was innocent of the allegations, saying that he was very sure that she had never used any charm to cook for her customers, neither did she know where they sell water from dead people.

He said his sister, Ofekoni, has been in the cooking business for the past 20 years, and since then, he had never had any bad record about her, nor any member of his family.