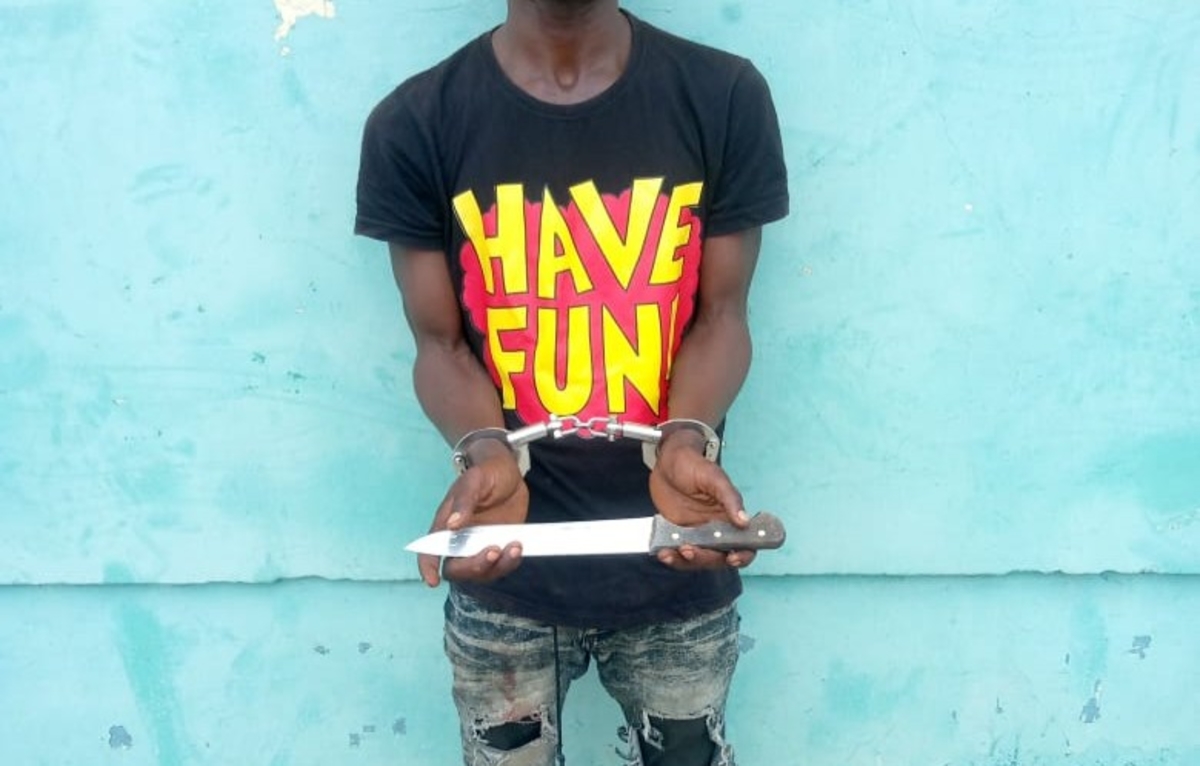 A suspect identified as Paul Ogilo has confessed to the Delta State Police Command of how he stabbed his neighbour to death at Otu-jeremi community in Ughelli South Local Government Area of the state.

Ogilo was arrested on January 12, 2022 at about 2100hours by the Divisional Police Officer Otu-Jeremi, after the Division received a distress call that a man was stabbed to death in the community.

According to the command’s public relations officer, DSP Bright Edafe, the DPO mobilized and led Police patrol teams to the scene where they found a lifeless body of the man lying in a pool of his own blood and the house deserted.

Investigations revealed that there was an altercation between the deceased named Twere Shipiode (male) aged 29 years and the said Paul Ogilo (male) aged 26 years.

Edafe said that upon an intelligence led investigation, the suspect was trailed to an uncompleted building in Otu-Jeremi where he was seen with a kitchen knife suspected to have been used in committing the crime and he was immediately arrested.

He said that during interrogation, the suspect admitted committing the dastardly act.

“He further stated that a fight ensued between him and the deceased after the deceased found him in his house and that the deceased accused him of attempting to defile his daughter.

“He stated that during the fight, he used the kitchen knife to stab the suspect on the neck”.

Edafe disclosed that the suspect is in custody and investigation is ongoing.

In a related development, DSP Edafe said that on January 12, 2022 at about 0248hours, Police operatives attached to the Command Raiders unit, raided a black spot at Ogharafe, in Ethiope West LGA. 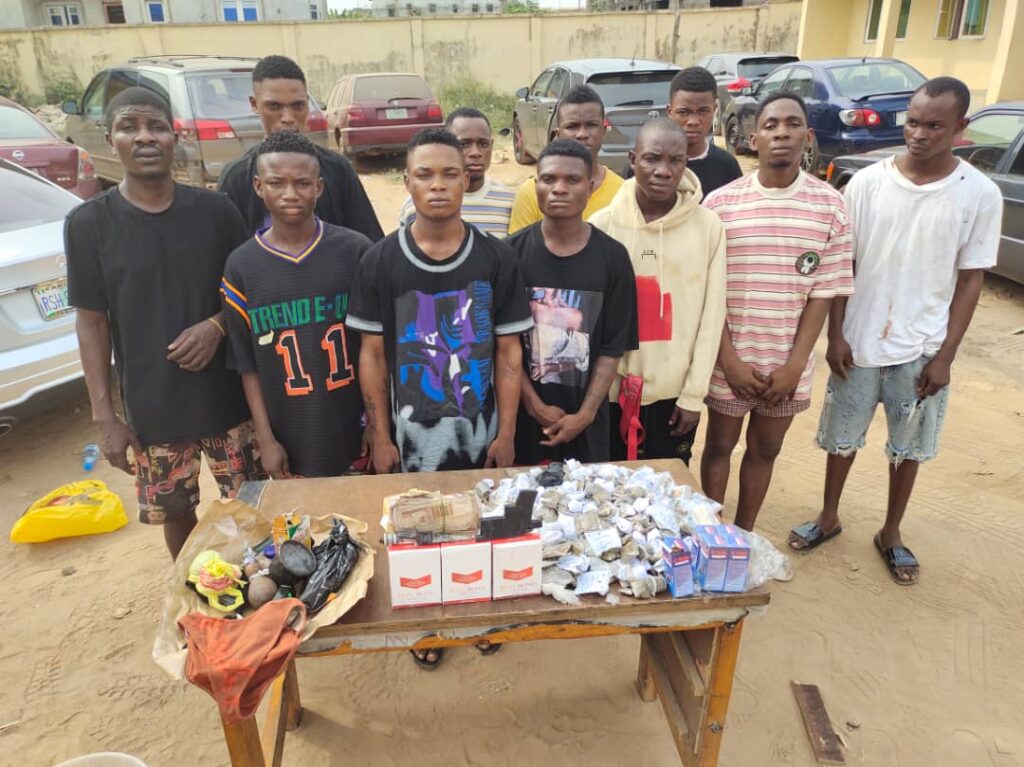 According to him, during the raid, twenty suspected cultists were arrested and a fabricated wooden gun, Six hundred and forty eight wraps of weed suspected to be Indian hemp, one used female pant, various charms, one Knife, Sixteen bottles of codeine, ten packs of razlers, one Grinder used in grinding weeds and the sum of sixty-nine thousand (N69,000) were recovered.

He said that investigation is ongoing in the matter.

Meanwhile, the Commissioner of Police Delta State, CP Ari Muhammed Ali, has mandated all Area Commanders, DPOS, Tactical Commanders to sustain the tempo and ensure that continuous raids of black spots are carried out within their area of responsibilities.

The CP also urged parents and guardians to caution their wards to desist from buying, selling or taking hard drugs as whoever is caught will be arrested and prosecuted. 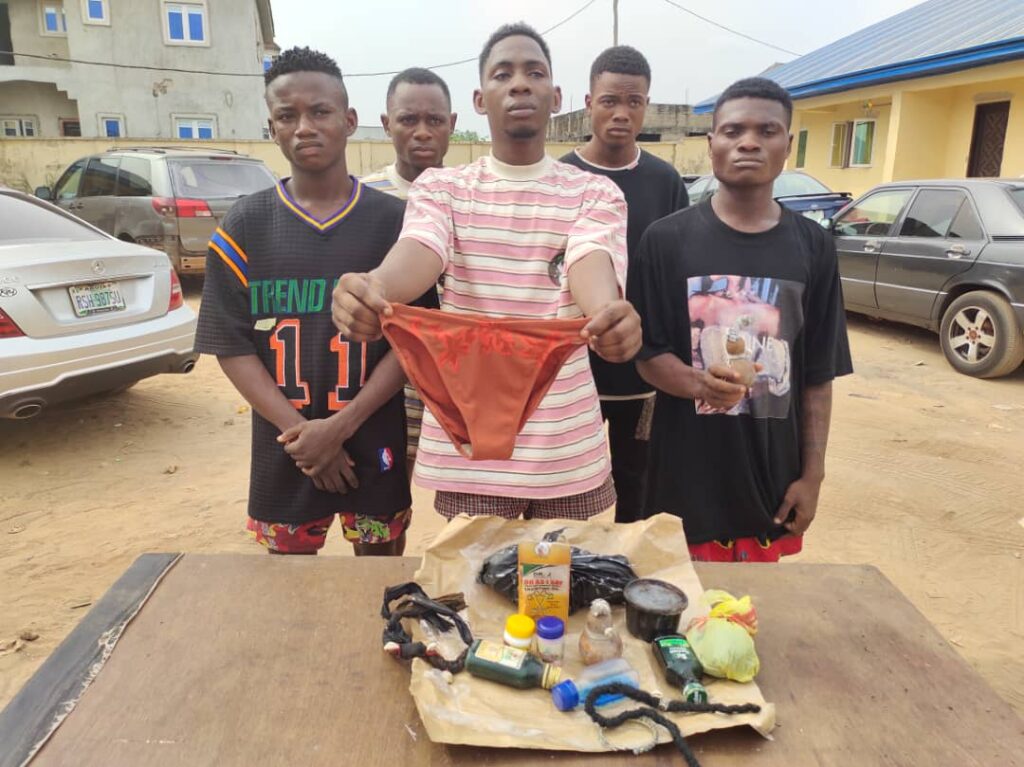