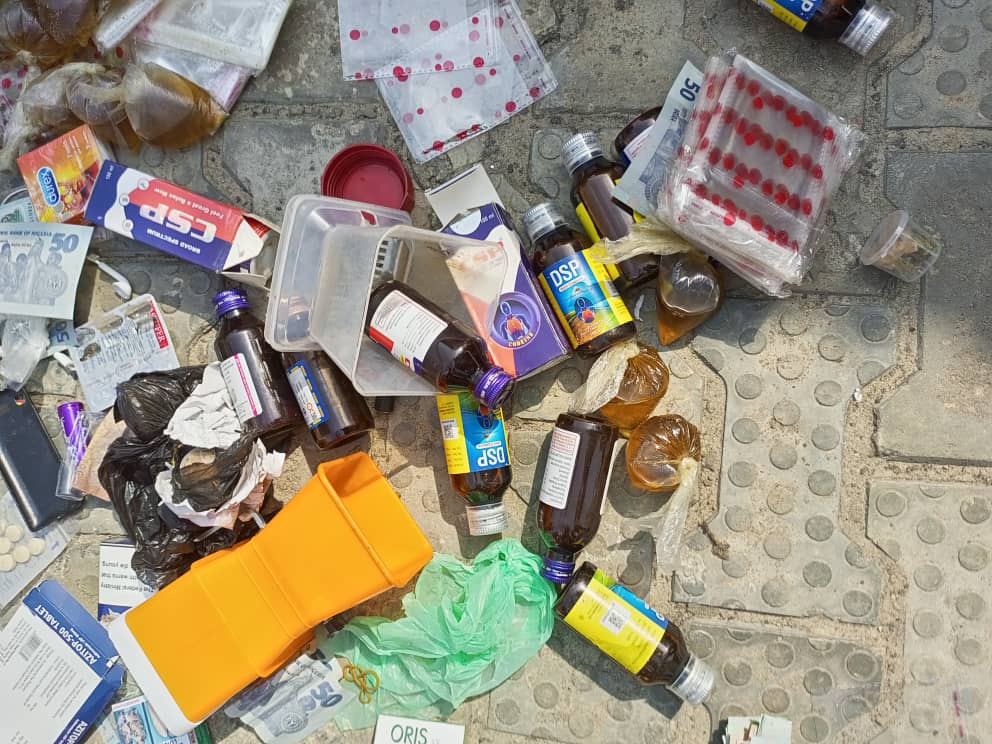 The Police Command in Delta State, on Saturday, says a number of illicit drugs dealers and armed robbery suspects have been arrested in a separate operations in Warri, Ozoro and Issele-Asagba.

BIGPENNGR reports that among the suspected drug dealers, is a 53 year old Gift Ahemte who was apprehended in Agbor alongside a 25 year old Musa Abdullahi.

Abdullahi and Ahemte were arrested with 8kg of Indian hemp, volume 5 and swinol drugs,  he disclosed.

The police squad, on January 5, at about 1530hrs, acting on intelligence gathered, also raided a suspected criminal hideout along Jakpa Road, Warri.

Exhibits recovered from them include; Three (3) containers of Loud, eight (8) wraps of Kolorado hard drugs, four (4) packets of rolling paper, one hundred and forty three (143) wraps of substance suspected to be Indian hemp and some sachets of tramadol.

DSP Edafe disclosed that on January 7, 2021, a Crack surveillance team of the command, also raided a criminal hideout in Issele-Asagba where one Blessing Nwabuokei ‘f’ age 32 year was arrested.

12-kg of weed suspected to be Indian hemp and some quantity of cocaine were recovered from her.

Similarly, the PPRO, hinted that on January 2, at about 1300hrs, Acting on intelligence gathered over a period of time, operatives from Area Command Warri also raided Ugborikoko community.

During the raid, one Randy Omovie ‘m’ was arrested and one G3 rifle with breach No. 69021340 and battle axe were recovered from him, he said. 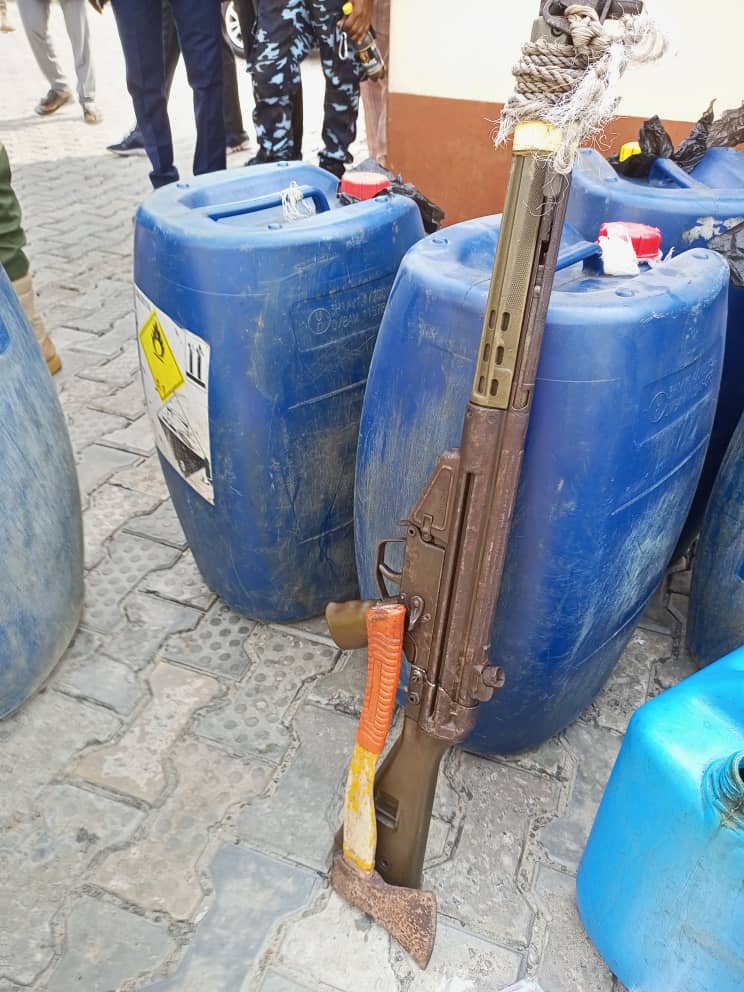 While saying investigation is ongoing in the alleged crimes, DSP Edafe said that on “7/01/2022 at about 0430hrs Dragon Patrol Teams while on stop and search duty along Warri/Sapele Road intercepted one Toyota Venza with Reg. no. FKJ 420 GT, chassis number 4t3bk3bb0bu056957 and Engine number 6668351 Grey in colour driven by one Akpoyerinebele ‘m’ 33yrs of mechanic village Effurun in company of another occupant (name unknown).

He said “the other occupant immediately took to his heels and ran into the bush while the driver was arrested.

“The owner of the vehicle confirmed that the vehicle was snatched at NDC road Ozoro at gun point by five man robbery gang at about 0100hrs of same date. Manhunt for the other fleeing suspect is ongoing”.

Meanwhile, the Commissioner of Police Delta State, CP Ari Muhammed Ali, while commending officers and men of the Command for their efforts in fighting crime, also admonished them to sustain the tempo in the fight against crime and criminality.

He urged the officers to ensure that they continue raiding criminal hideouts/black spot with a view to ensuring that the battle is taken to the door steps of criminal elements so that crime can be nipped in the bud.

The CP also encouraged members of the public to continue to support and partner with the Police by helping with useful and timely information as it relates to security in the State, the statement added.

Suspect Fingers 5 DSS Officials In Kidnapping Racket: How It Happened