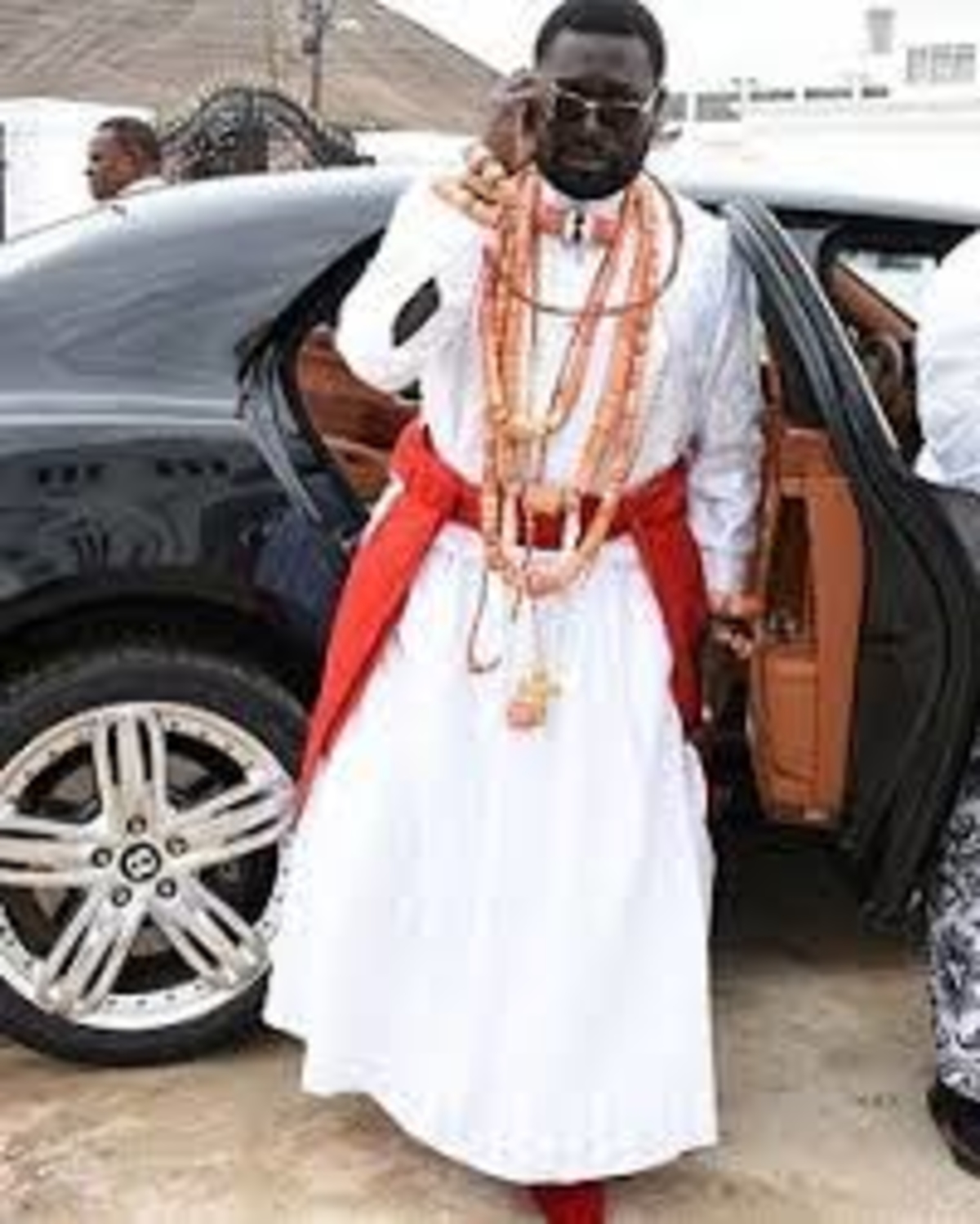 A big name in Warri Kingdom, Ayirimi Emami could be described as ‘king of the boys’ in Warri going by how he still hold sway among youths. Despite the tribulations of 2021 over the Olu of Warri throne, Ayiri remains a big gun in the Warri Royal Family, Ginuwa Ruling House and Ologbotsere Eyinmisan Descendants.

His palatial edifice in Ubeji, near Warri was a beehive on Saturday January 1, 2022 when he played host to a crème de la crème in the sport industry. Ayiri as he is popularly known was later joined by some top Itsekiri shots who were evasive of the press.

At least one of those friends who was conspicuously sighted at Ayiri’s mansion was Prince Yemi Emiko. Prince Yemi Emiko is the son of Ogiame Erejuwa II, Olu of Warri, (1951 to 1986) and the brother of immediate past Olu of Warri, Ogiame Ikenwoli. He was among those who planned the coronation reception of the present Olu, Ogiame Tsola Emiko Atuwatse III.

A former Super Eagles Defender and ex-captain of Warri Wolves, Azubuike Egwuekwe, one – time defensive midfielder of Super Eagles, Christian Obodo as well as renowned Warri soccer stars such as Kenneth Fiakpa of then Sharp Shooters Football Club, Warri and Tony Olokporo A.K.A. Orando of the then Invincible Leopards of Warri, were among foreign and home based footballers who were with him to celebrate the New Year.

The popular Warri Chief, also hanged out with some members of the Warri Royal Family, Ginuwa Ruling House, Ologbotsere Eyinmisan Descendants, community leaders and prominent Warri youths at his mansion.

The socio-cultural gathering, featured the usual five – aside football game, cooking competition among male folks of the different quarters in Okere Community, Warri, cameo cultural dances and entertainment by a standby Disc Jockey. 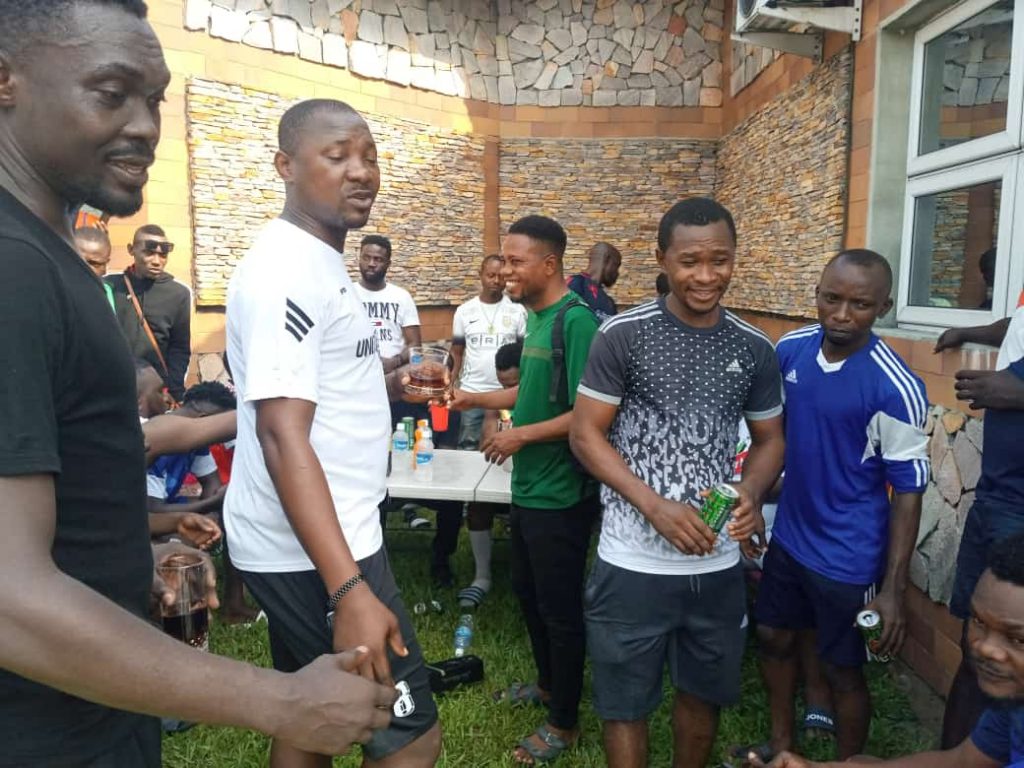 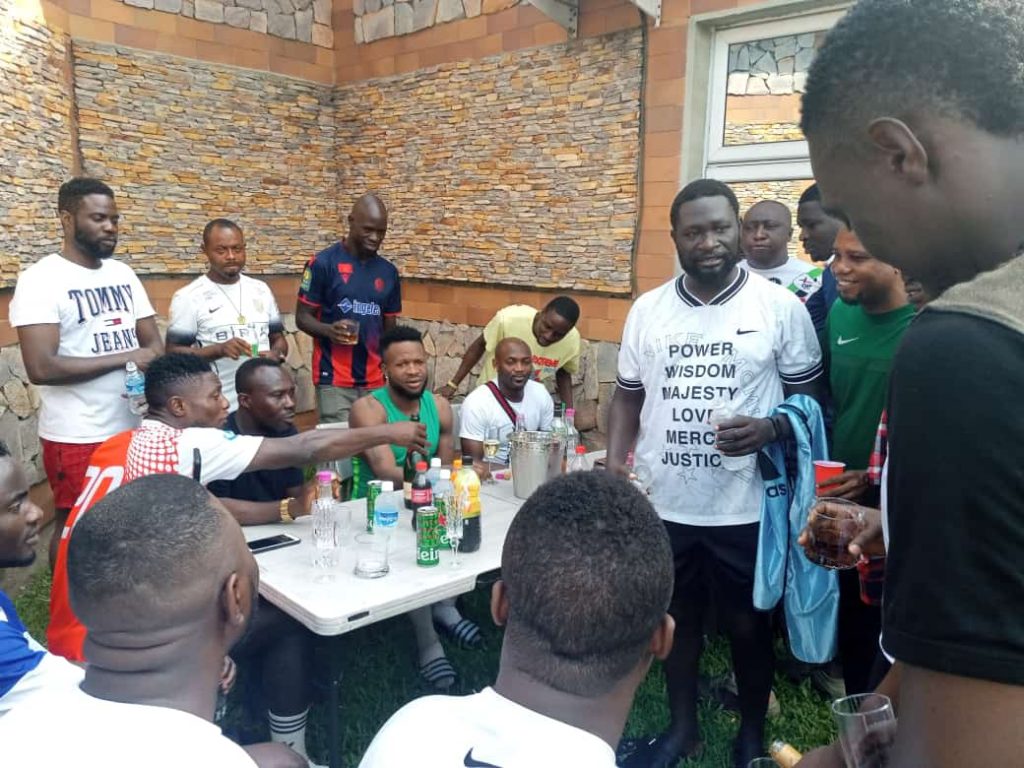 How Pastor, 6 Others Drowned While Taking Woman In Coma To Hospital In Search Of Oxygen