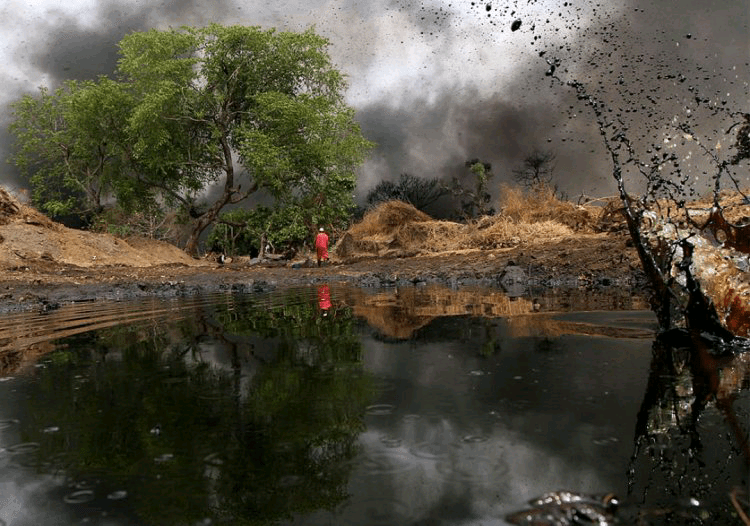 The Amayanabo of Opu-Nembe Kingdom, His Royal Majesty, King Biobelemoye Josiah, Ogbodo VIII, has expressed appreciation to Gov. Douye Diri of Bayelsa for empathy over the Nembe oil spillage.

Josiah gave the commendation in a letter addressed to the Governor and made available to newsmen on Saturday in Abuja.

The News Agency of Nigeria (NAN) reports that an oil well operated by indigenous oil firm, Aiteo Eastern Exploration and Production, within Oil Mining Lease (OML) 29, has been discharging oil and gas into Nembe Creeks since Nov. 5.

Although the oil firm has sought foreign technical assistance from a US firm, Boots and Coots, to cap the leak, the discharge is still ongoing.

The traditional ruler commended the governor for condemning the non-stoppage of the oil and gas spill.

He lamented the continued destruction done to the environment and the loss of livelihood of the people of Opu-Nembe kingdom.

He also commended Gov. Diri for setting up a committee aimed at assessing the extent and effect of the spill.

The King therefore appreciated the visit of the Governor on the spot assessment of the ravaging oil and gas blow out which is yet to be contained for about a month.

”We put on record, the empathy shown by Your Excellency, in providing immediate cushioning financial support to all segments of the Kingdom during your visit.

”We further commend you for immediately directing your Deputy to set up an “Assessment Committee” on Nembe Oil Spillage.

”Your Excellency, my people and I also want to commend you for urging AITEO whose oil well-head caused the spill, to provide adequate remediation/compensation for affected communities, families, businesses, farmlands/fishing waterways/implements.

”Your Excellency, on behalf of the good people of Opu-Nembe Kingdom, I passionately request that you use your honoured office to ask the National Emergency Management Agency (NEMA), to swiftly distribute relief materials to communities affected by the persistently gushing oil and gas spill.

”Also for the following federal government agencies; The National Oil Spill Detection and Response Agency (NOSDRA), Regulatory Commissions of the relevant Streams(up, mid and down) in the oil industry, The National Environmental Sanitation and Regulatory Agency (NESREA) and the Nigerian National Petroleum Corporation Limited (NNPC), to show more concern for the well being of my people as well as reduce their sufferings,” he said.

It would be recalled that management of Aiteo had visited the King few days after the incident occured to brief him on response measures to contain the leak. Aiteo expressed concerns over the impact of the leak and donated relief materials.

Andrew Oru, a Director of Aiteo Group, on Thursday visited the spill site and said that in addition to an earlier four truck loads of food items and medical supplies, an additional five truck loads of relief materials have been handed over to the victims.

The  President Muhammad Buhari had earlier, on Nov. 25, dispatched the Minister of State for Petroleum, Chief Timipre Sylva, to visit the spill site and empathise with impacted residents and ensure adequate response.