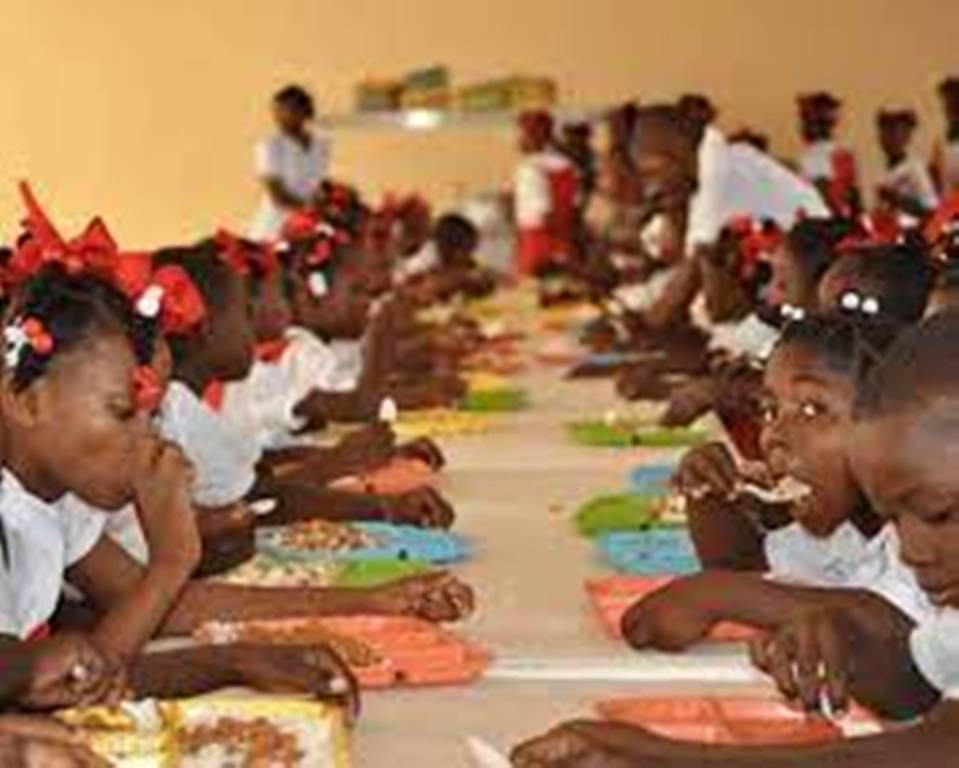 The minister said while presenting the utensils at LGEA Sheikh Gumi Primary School, Tudun wada Kaduna that the programme was designed to boost school enrollment, nutrition and economic activities across communities.

Umar-Faruq, who was represented by Deputy Director Legal Services in the ministry, Hajiya Maimuna Idris, added the programme was being run in collaboration with state governments to address poverty and improvement of learning outcomes.

She disclosed that over nine million pupils were being fed under the programme while over 10,000 cooks were employed by government.

According to her, the ministry has strengthened the programme with a view of making it sustainable and institutionalized in government social safety net.

She added that it will be reviewed periodically to accommodate realities, improve meal quality and capacity of actors in the value chain.

Umar-Faruq noted that government had already commenced implementation of interventions within the school feeding programme to resolve identified gaps.

She disclosed that a nationwide enumeration exercise will be done to verify the existing data of pupils and update it to accommodate five million more pupils.

Gov. Nasiru El-Rufai of Kaduna State, reiterated the state government’s support to the successful implementation of the programme across the state.

Represented by Saude Atoyebi, Kaduna State Focal Person of the programme, the governor said that the state was the first in the country to launch the school feeding programme in 2017.

“We are really committed to the programme and will still continue because we have being seeing the results of this programme.

“Over 7, 000 cooks are employed under the programme and they have a job to do now; while children are in school they eat lunch, and whenever there is no school feeding going on, the school attendance drops.

“We are trying to ensure that Kaduna state farmers are the ones supplying the foodstuff, so that the benefits are numerous across different sectors,” he said.

Malam Muntari Lawal, Head Teacher, LGEA Sheikh Gumi primary school, appreciated the federal and state governments for the gesture and called for the programme to be sustained.

He said that the intervention had improved pupils attendance at schools.

One of the pupils, Aliya Usaini, also thanked government for supporting them with nutritious meals.

“My concern now is, after President Muhammadu Buhari’s administration, who will continue to provide the meals,” Usaini queried.