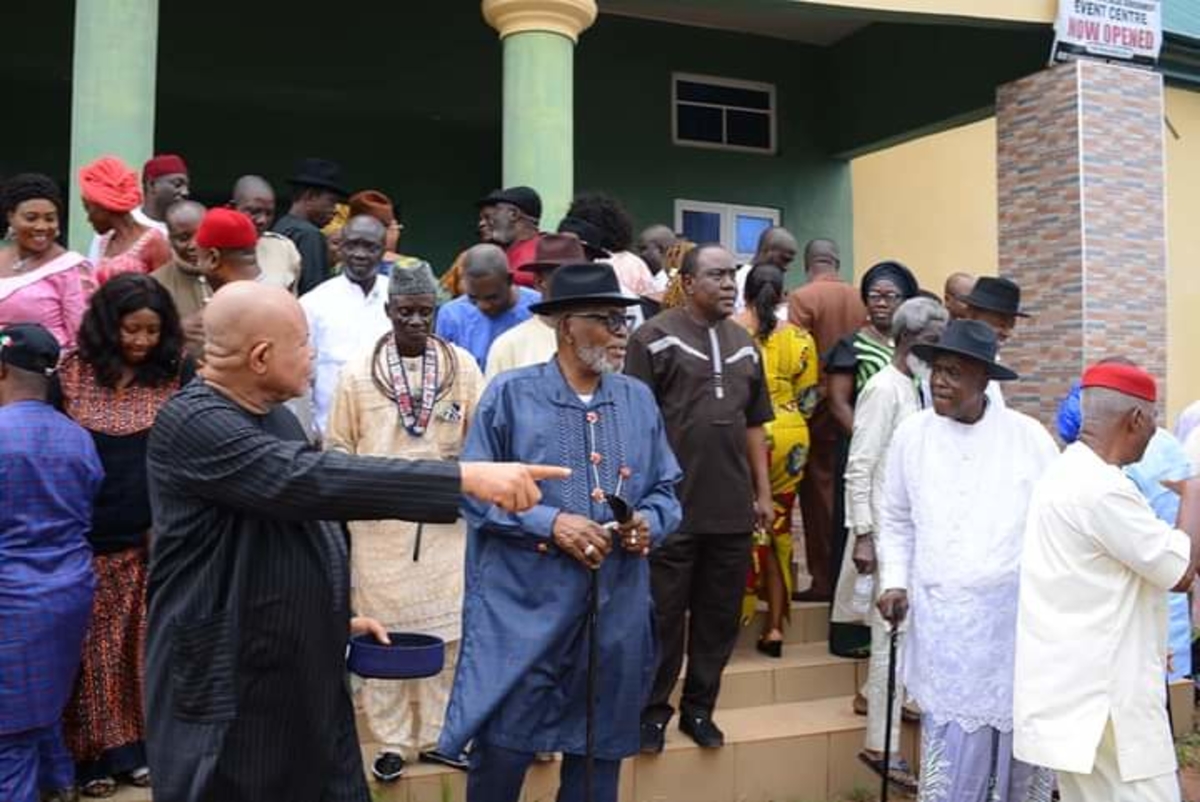 Former Minister of Agriculture and Natural Resources, Chief Chris Agbobu, has said that the Ijaws of Delta State have a very strong case to be governor in 2023 maintaining “they are seeking for Justice”.

Chief Agbobu stated this when he spoke on behalf of PDP leaders at Ogwashi Uku when the Ijaw for Governor 2023 Lobby Team led by former Minister of Police Affairs, Alaowei Broderick Bozimo visited the area in continuation of it’s consultative visits to leaders, stakeholders, elders, ethnic nationaliaties and traditional rulers among others.

He said the people of Aniocha South will follow the leading of the Governor, Senator Ifeanyi Okowa on which direction to go in 2023 having crowned him their political king.

“You have come to ask for justice…we have mandated him (Governor Ifeanyi Okowa) to be the one to advice us on the way forward, any decision he makes I can assure you that it will score at least ninety to ninety five percent from Anioma area”.

“In Anioma we have sat over and over again on these issues and we have simplified it by asking our governor who we have crowned our political king to tell us the direction”.he added.

Continuing, Chief Agbobu noted “you have a good point, a very strong case, like I said it is not going to be finalised or decided at the level of individuals so go and get hold of our son the governor, he will direct us at the appropriate time”.

The Ijaw for Governor 2023 Lobby Team also birthed at Ibusa, Oshimili North where PDP leaders spoke through the Chairman of the Council, Honourable Innocent Esewezie who lauded the Ijaws for the role they have been playing politically and economically since 1999 noting that their quest to be governor was noble one.

“We have decided in this local government area that because Senator Ifeanyi Okowa has led us well as Governor from Anioma extraction, we believe that we need a governor in Okowa’s standing to lead us”.

“Whatever he says (Governor Okowa) as far as 2023 is concerned, that we must do in this local government and above all I want the Ijaw nation to know that we have you in our prayers…continue with what you are doing and at the appropriate time God will speak through men”.

Also speaking, the Member representing Oshimili North Constituency in the Delta State House of Assembly and Chief Whip, Hon. Pat Ajudua said “you are fighting for your right, it is not an abomination for you to fight for your right…”.

At Asaba, headquarters of Oshimili South Local Government Area, PDP leaders who spoke through the immediate State Chairman of the People’s Democratic Party and Special Adviser to the Governor on Peace Building and Conflict Resolution, Chief Edwin Uzor told the Ijaw delegation that there was nothing wrong for them to aspire to be governor of the state in 2023.

“We have respect for leadership …we will revert back to our leader who is the Governor and as time goes on, we will be able to relate with you on the way forward, given that he is the leader of the party in the state and major decisions in collaboration with other leaders must come into play”, he added .

Earlier, the Leader of the Ijaw for Governor 2023 Lobby Team and former Minister of Police Affairs, Alaowei Broderick Bozimo who spoke separately at Aniocha South, Oshimili North and Oshimili South Local government areas said the ijaws were interested in the 2023 gubernatorial election.

“The state is stable, Ibori and Uduaghan have done their beat from Delta Central and South senatorial districts….in 2015 some of us stocked our necks and said the political ‘osusu’ must go round to Delta North insisting that if it does not go then it is injustice, we believed that Delta North must produce governor…. even though our son Orubebe was in the race”.

Bozimo added ” Our request is not based on ethnicity but based on fairness,equity and Justice”.

“We are not tribalistic, you cannot talk about your senatorial district without talking about your identity…we have three sons who have indicated interest…the Deputy Governor,Deacon Kingsley Otuaro, Senator James Manager and Dr Braduce Angozi, more may also come..we are pleading,please support us as one good turn deserves another”, Bozimo added.