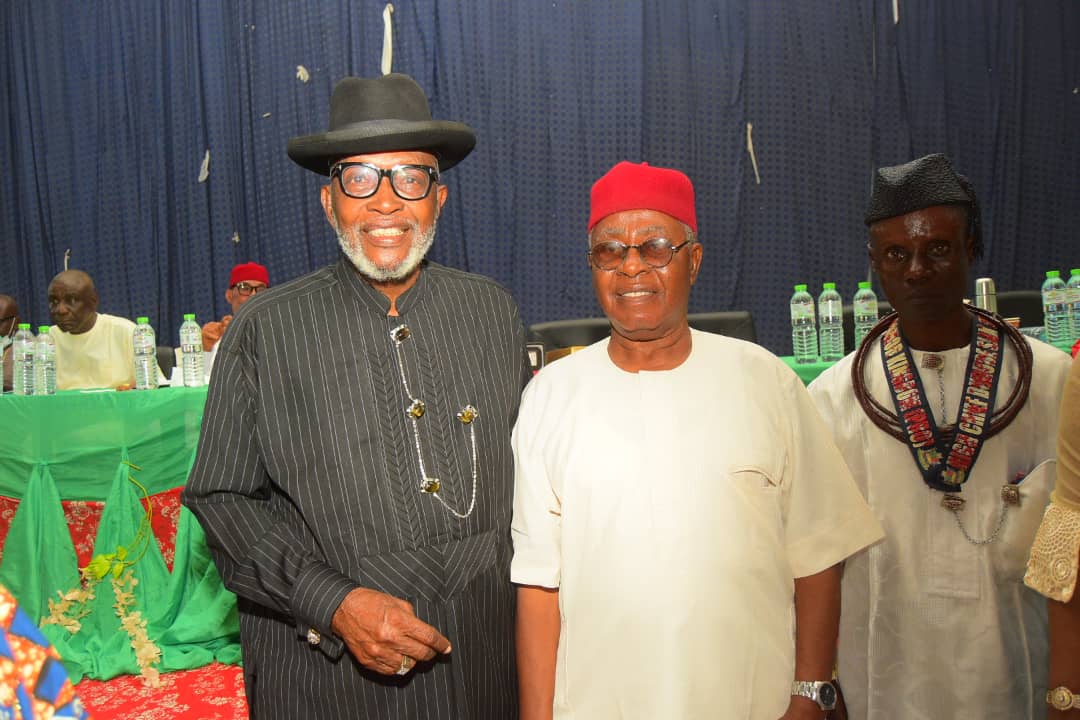 Leaders of  the Peoples Democratic Party (PDP) and stakeholders in Aniocha North Local Government Area, have said that the ambition of the Ijaws to produce the governor of Delta State in 2023 is justified.

Former deputy governor of the state, Chief Benjamin Elue, stated this when he spoke on behalf of PDP Leaders and stakeholders of Aniocha North Local Government Area during a consultative visit by the Delta Ijaw for Governor 2023 lobby team led by former Minister of Police Affairs, Alaowei Broderick Bozimo at the Unity Hall, Issele Uku in continuation of the group’s visit to leaders, stakeholders, elders, traditional rulers and ethnic nationalities among others.

He said; “Your ambition to be governor in 2023 is justified, you have individual rights to do that but all the moves to actualise your ambition should be done in such a way that it will be peaceful so that at the end we will all remain one indivisible, united and peaceful Delta State”.

“There will be no rancour in trying to agitate for what you consider your right”, he added.

He said Aniocha North Local government area and Delta North at large have remained fully PDP since 1998, stressing that it is the only viable party in the area and described the Ijaw consultative visits as very pleasing to them.

“Everything will be settled the way it is normally settled by our leaders. Leadership has steps, we shall come together to work for the best choice to retain Government House in Asaba by PDP”.

Speaking, the Leader of the Ijaw delegation and former Minister of Police Affairs, Alaowei Broderick Bozimo, said the Ijaws have thrown their hat into the 2023 governorship contest noting that it was inaccurate for a certain section in the state to say it is their turn to produce governor come 2023.

“My mission is to come and tell Deltans particularly stakeholders that the Ijaws intend to throw their hat into the contest and nobody should go with the impression that we are not interested in that position”.

“Our mission is correct this falsehood, though, those who peddle this story have since recant and admitted that from 2023 let zoning happen and when it is done no other zone should throw their hat to contest, no problem with that but to say that has been the practice is a fallacy which the Ijaw nation cannot leave unchallenged”.

Alaowei Bozimo further said, “three of our sons have indicated interest….the Deputy Governor, Deacon Kingsley Otuaro, Senator James Manager and Honourable Braduce Angozi…we are confident that we have what it takes to produce governor. The three of them are eminently qualified to govern Delta State”.

He added that “when dogs play they fall for each other and not only one dog falling for the other all the time.

“We are pleading, we cannot win without your support, politics is negotiation, by consensus and by recognising that everybody has his own power”.