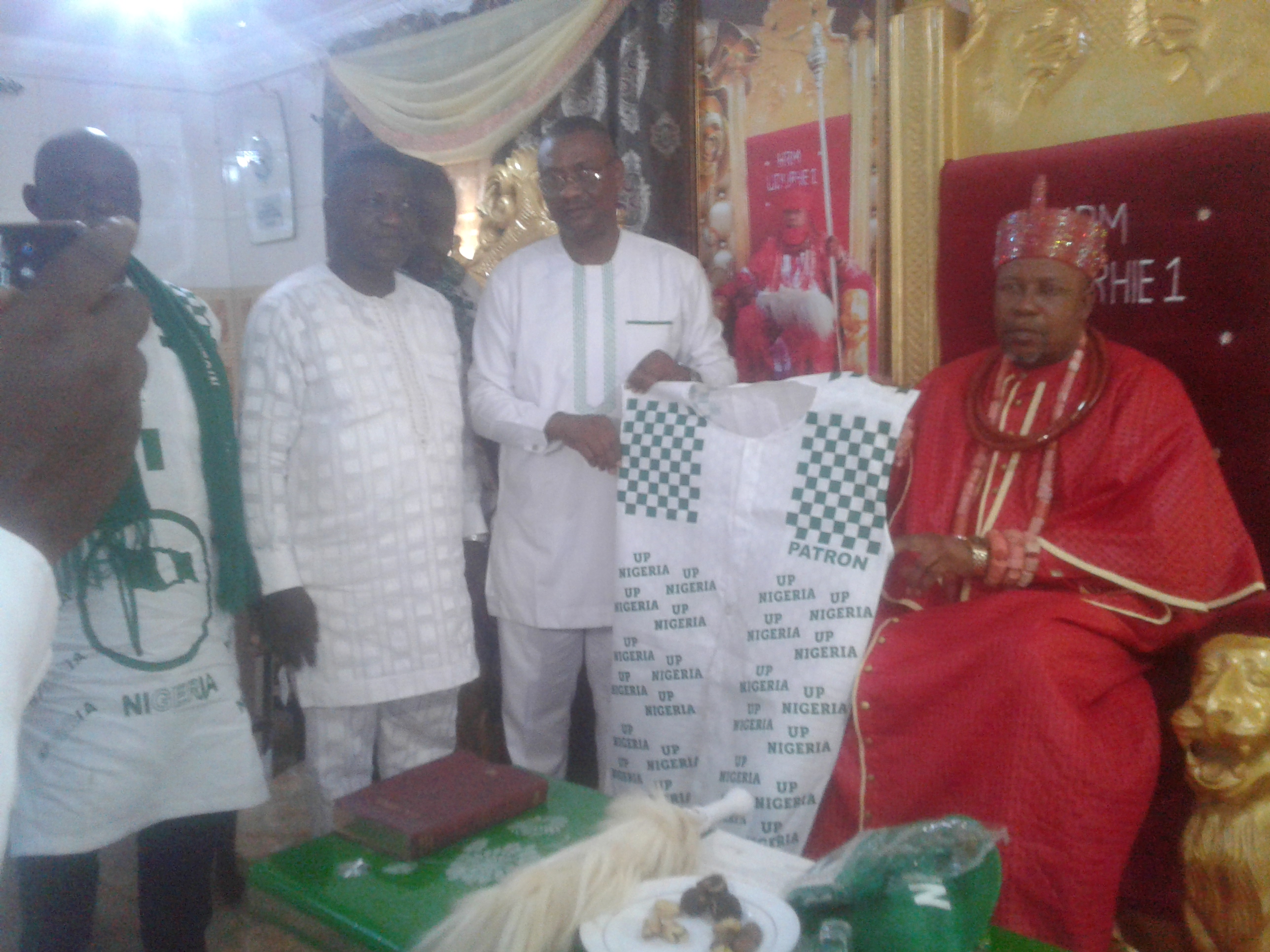 His Royal Majesty, King Monday Obukohwo Whiskey, Udurhie I, the Ovie of Idjerhe, has been installed as Patron of Nigeria Football Supporters Club, (NFSC).

The monarch was conferred the honour over his activism for the betterment of humanity at his palace in Idjerhe town, Ethiope West Area of Delta State..

NESC National chairman, Rev. Samuel Ikpea led leadership of the body and other members to the palace weekend regaled in green and white drumming and dancing with admiration.

Ikpea in his speech congratulated the monarch on his ascension to the throne of his fathers.

The NFSC boss extolled the virtues of the king and based his selection as patron on his sterling qualities and love for welfare of his people.

Udurhie I flanked by gaily dressed cabinet members thanked the Supporters club for finding him a worthy patron.

The revered Monarch promised to use his position and resources to support Nigeria Football at any level, he also called for a constitutional role for traditional rulers.

According to him, “Football is a unifying factor in Nigeria, when Eagles are playing, there’s no division but one Nigeria, so is the traditional institution because they are closer to the people.

“In same vein, I call on the government to give a constitutional role to the traditional rulers, they know the people, when there’s peace in the kingdoms the state will have peace, same with the country.

“I will use my resources and position to support Nigeria Football, I also plead with well meaning Nigerians and the government to give adequate support also.” The king added.

Highpoint of the event was presentation of a portrait and memorabilia of NFSC to the king.