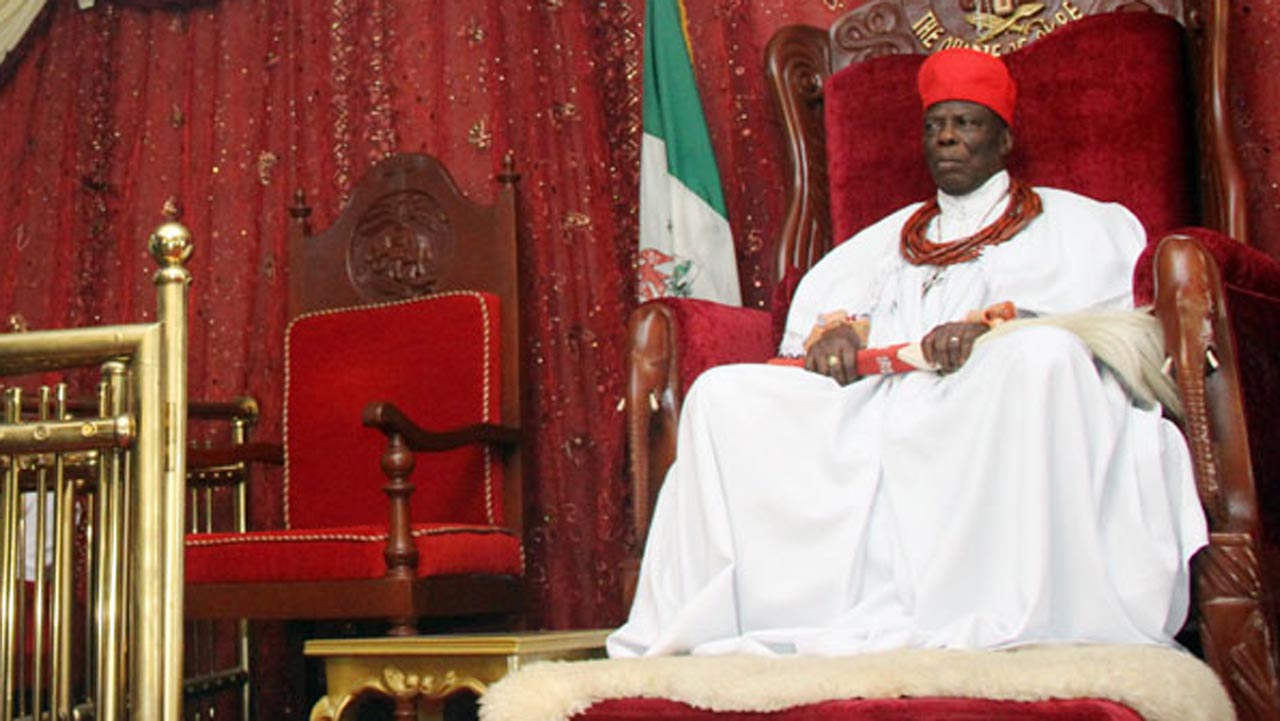 The Orodje of Okpe Kingdom in Delta State, HRM. (Maj.Gen.) Felix Mujakperuo Rtd, Orhue I, on Saturday, said he was willing to forgive and accept those he described as dissidents who are trying to create division within the Okpe Union.

According to him, what exist are dissidents who are causing troubles in the Union.

He said he will accept as “Prodigal sons”, dissidents that are causing troubles within the Okpe Union.

The monarch made the assertion during a remark at the Annual Conference/Convention of the Okpe Union organized by the National Interim Committee of the Union.

He said, “I don’t curse Okpe people. I pray for them. Anytime they come back, I will accept them as the prodigal son.”

The monarch noted that the Okpe Union is one, stressing that it has come to stay.

According to him, those people are dissidents and they have no say.

The traditional ruler also denied allegations that he attempted to sell the Okpe House which is situated at Obalende in Lagos State just as he explained how the edifice was built by the Okpe people.

He appreciated the National Interim Committee of the Okpe Union for accepting the challenges and working for the success of the Union.

He also urged the people of Okpe to be united and work towards the development of their land.

The Speaker of the Delta State House of Assembly, Rt.Hon. Sheriff Oborevwori in a speech urged the Okpe to be united to move the kingdom forward.

“For the Unity of Okpe, we must be united. We must work together. We must be on the same page with the Orodje in Council and I believe that with Unity, living together without division will make us stronger and will take Okpe to a very enviable heights.”

The member representing the Sapele/Okpe/ Uvwie Federal Constituency, Rt.Hon. Efe Afe who was represented by Chief Isaacs Itebu aligned himself with the decisions of the Orodje in Council.

While calling for the Unity of the Okpe people ahead of the 2023 governorship election in the State, Rt. Hon. Afe said the Okpe people should ensure that they are well positioned in all areas to produce the next governor of Delta State.

Earlier in a remark, the President General of the Interim National Executive Committee of the Okpe Union, Prof. Emurobome.G. Idolor thanked the Orodje of Okpe for appointing a nine member executive Committee to reorganize the leadership of the body.

“It must be reiterated that the Okpe Union was not dissolved and therefore, all branches are functioning to full capacity.

“Only the leadership was dissolved due to observed fracas in the ranks of its officers which was not healthy for the roles the Union is expected to perform.

“On behalf of the membership of the Interim Executive Committee, I say thank you for the opportunity to serve the Okpe nation in our various responsibilities. We must also acknowledge the assistance of the Udogun-Okpe in terms of courcoura, suggestions, and finances to facilitate our activities and achieve the goals of the Committee.”

Present at the colorful event were former Minister of Information, Prof. Sam Oyovbaire, Chief James Augoye, Commissioner for Works and Hon. Julius Egbedi, Commissioner for Agriculture in Delta State and others.