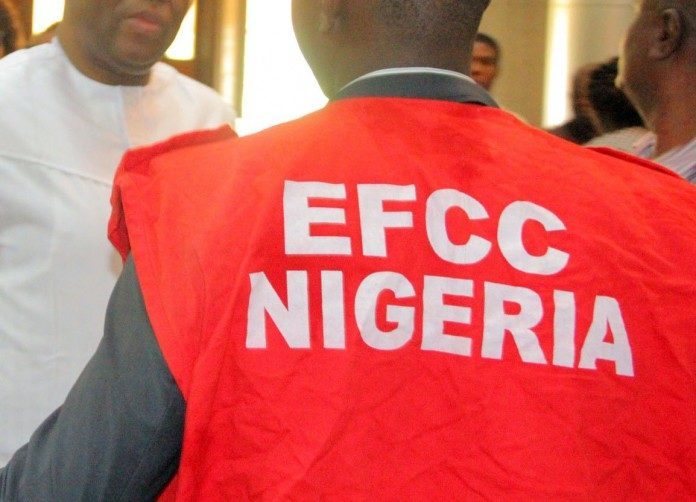 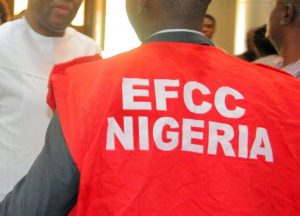 Often reliable source at the Economic and Financial Crimes Commission, (EFCC) and the Independent Corrupt Practices and Other Related Offences Commission (ICPC), have said officials of the anti-graft agencies were set to commence investigations on the Delta state road contract awarded to Portplus Limited, a marine service company, at the sum of N736, 404, 555.60.

BigPen Online can report that the road contract which was awarded in March, 2017 by the Delta state governor, Mr. Ifeanyi Okowa to Portplus Limited, was specifically for the construction of a three kilometers concrete pavement road with both sides drainages at Ikpide-Irri, a sleepy riverine community, Isoko South local government area of Delta state.

The project awarded to the chairman of Portplus Limited, Mr. Immanuel Omoefe, an indigene of the community had been dogged by controversy following the alleged substandard work and usage of low quality materials by the contractor, a situation resulting to the massive protest by the locals.

Dependable source at the EFCC said, “Please don’t quote me, but I can tell you that the commission has been following stories from online media concerning the contract. We saw in the whole contract elements of fraud especially in the area of execution. We are very must interested in the issue”

“As we talk, we are talking with the lawyer to the concerned indigenes of the community who petitioned governor Ifeanyi Okowa on the substandard work and he is cooperating with us.

“Once we receive the petitions been expected, our Benin city office in Edo state will swing into action and all names that will be mentioned especially the contractor would be invited for questioning. A colleague of mine in the ICPC told me too they are interested and will also step into the matter”, Our EFCC source disclosed.

The concerned indigenes of the community who petitioned the commission through a petition addressed to governor Okowa last week and signed by their counsel, Mr. Chuks. F. Ebu, had raised the alarm about the alleged substandard job by the contractor saying that instead of construction of both sides drainages, using of rods and other materials specified in the Bill Of Quantity, (BOQ), the contractor went for substandard materials.

A copy of the said petition obtained by BigPen Online shows it was also made available to the Commissioner of Police, state commissioner for works, member representing constituency 1 in the state house of Assembly, Orezi Esievo, State Director, SSS, Chairman, Isoko South local government area, all branch chairmen of Ikpide-Irri unions, President General, Isoko Development Union, (IDU) and others.

According to the petition with the title “Re:Construction Of Ikpide-Irri Township Roads: Protest Against The Substandard Job And Call For Strict Adherence To The Bill Of Quantity.”, failure by the contractor to adhere strictly to the Bill of Engineering Measurement and Evaluation, ( BEME), the BOQ and other contract papers, the Economic and Financial Crimes Commission, (EFCC) and other anti-graft agencies would be invited into the contract.

“That the culverts should be reconstructed because the converts construction was not met as rods used was 10mm at interval of 300mm instead of 16mm at interval of 150mm spacing specified in the drawings and the original Bill Of Quantity (BOQ) and concrete mixed was very poor. Also the size specified in the drawings was not professionally followed”.

Meanwhile, the community youths on Sunday protested the shoddy contract work and called on the contractor to start the work afresh.

Leader of an anti corruption group, Isoko Monitoring Group, (IMG), Mr. Sebastine Agbefe who led the protesters lamented the substandard work by Portplus Limited and called on the contractor to immediately destroy and reconstruct all the culverts in the community that were done with 10mm instead of 16mm according to the BOQ.

“This is a fraud of the highest order, this is pure wickedness and we can no longer folds our arms and watch one man shortchange us because of his personal greed and selfishness. We are warning the contractor to destroy all the culverts done with 10mm and reconstruct same with 16mm according to the BOQ.

“The contractor should also make sure that both sides drainages are constructed on the road and must use standard materials specified on the BOQ. And again, Portplus must adhere strictly to the specifications on the BOQ and any attempt to compromise standards as far as this contract is concerned, Portplus will be made to face EFCC and ICPC.”, Mr. Agbefe stated.

The IMG president, however enjoined indigenes of the community, especially the youths not to take the laws into their hands even as he challenge all communities in Isoko nation to be involved in the monitoring of execution government projects in their various domains.

He said that video clips and photographs of the substandard work taken during the protest will be sent to the Economic and Financial Crimes Commission, (EFCC) and the Independent Corrupt Practices and Other Related Offences Commission (ICPC) as requested.

Recalls that one of the controversial culverts carrying 10mm rods as against the specified 16mm had collapsed during a visit by some officials of the Ministry of Works, Asaba last week.