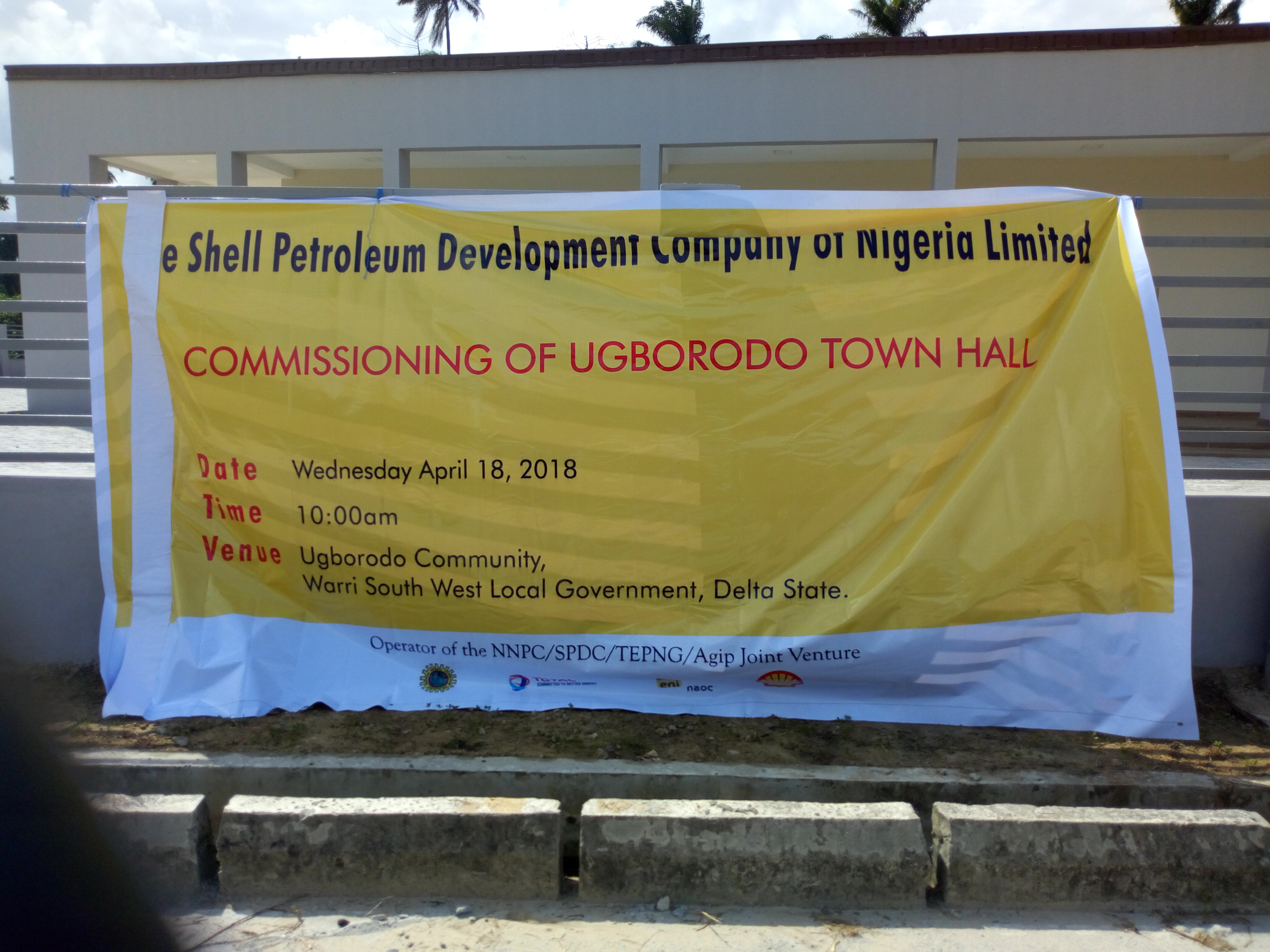 The inauguration of the gigantic edifice which was personally performed by Olu of Warri, HRM Ogiame Ikenwoli with fanfares, had closed a chapter over the crisis on the Olu overlordship of the troubled community.

Shell’s Igo Weli, during the inauguration said that the community created a conducive business environment for the execution of the project which was completed by SPDC under the NNPC/Shell/Total/Agip joint Venture agreement.

He disclosed that following the promotion of peace, host communities within Escravos and Otumara field, also benefited from the Shell Live Wire programme for rural women few weeks ago.

According to him, the projects are just a few of the benefits that host communities stand to enjoy where the enabling business environment is provided.

Shell says the projects supports domestic gas aspiration of the government and further drive its flare reduction programme, maintaining that Ugborodo had contributed to the success of these projects.

“Ugborodo community chose the construction of a town hall as a priority need of the people and the project was directly supervised by the Ugborodo Project Community Trust (PCT) under a Project Management Committee arrangement”.

The ultra-modern 500-capacity town hall which was completed at cost of N123million has provision for five offices, a meeting room for eighteen, one ICT room, a store and conveniences.

In his remark, Olu of Warri however cautioned youths to shun disrupting projects execution or collecting “deve” from contractors and ensure that conducive business environment are created for people within his domain.

Meanwhile, prior to the inauguration of the project, heavy scare was caused in Ugborodo by elements who allegedly wanted to disrupt the commissioning of the project.

BigPen Online learnt that there was heavy shooting directed at Aruoton community and 911 resort in Escravos belonging to a popular Warri-based business man, Chief Ayiri Emami, the Ologbotsere of Warri Kingdom a night before the inauguration.

Following the tension which the incident had caused, some angry youths reportedly prevented the chairman of the Ugborodo Project Community Trust, Mr Victor Umunu from entering the community over claims that he had sided those who had earlier challenged the overlordship of Olu on Ugborodo.

I’ve Capacity, Experience And Contacts To Do The Needful In The Senate – Uduaghan