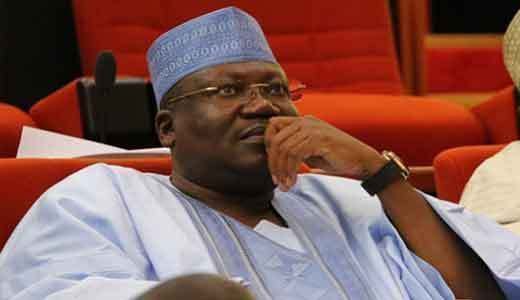 The decision of the President of the Senate, Senator Ahmad Lawan, not to appeal the judgment of the Yobe State High Court which disqualified him from participating in the next year’s National Assembly Elections on the platform of the All Progressives Congress did not come to many as a surprise.

This is because it was clear from the onset that he had no business challenging the outcome of an election he did not participate in.

Lawan in a statement he personally signed last Thursday, said he would not appeal the judgment delivered on Wednesday in Damaturu, the  Yobe State capital.

The verdict had denied him the opportunity to represent Yobe North Senatorial District in the 10th National Assembly, thereby ending his stay in the National Assembly where he he started off as a member of the House of Representatives in 1999.

Justice Fadima Aminu of the Federal High Court sitting in Damaturu, the Yobe State capital had affirmed Mr. Bashir Machina, as the authentic candidate of the All Progressives Congress for Yobe North Senatorial District.

In her declarative judgment, the Judge directed INEC to immediately publish Machina’s name as the valid candidate for the poll on the APC ticket.

Reacting to the verdict the following day, the Senate President said he “has accepted the judgment of the court which disqualified his candidature and participation in the elections.”

“The said judgment disqualifies my candidature and therefore my participation in the elections.

“After due consultations with my political associates, supporters and well-wishers, I have decided not to appeal against the judgement. I accept the judgement.

“At this juncture, I deem it appropriate to thank His Excellency, Senator Ibrahim Gaidam for the leadership role in the APC political family in Yobe State.

“I also thank His Excellency, Governor Mai Mala Buni for the support and brotherhood.

“To my constituents, I thank you all for your  unflinching support, loyalty and unreserved commitment to the course of building our people and Yobe North Senatorial District and indeed Yobe State.

“I want to assure you that I will continue to serve you in my personal and any other capacity at all times.

“We journeyed together for a long time, and this journey will remain a life long journey. It has been a wonderful relationship and it can only get stronger. I am indebted to you all. Alhamdulillah.”

On his part, Machina in his reaction to the judgment, called on all his supporters, and indeed the people of Yobe North, to remain peaceful, and not to react in the face of any provocation.

Machina who declared the judgement as “no victor, no vanquished” equally called for immediate reconciliation among the two groups that exist within the party in Yobe North.

He said, “I welcome the decision of the Judge of the Federal High Court, Damaturu, it is a victory that stands for justice.

“It is now time to set aside our differences and close ranks for the impending battle, the next war we must wage is the war for APC’s victory in the coming 2023 general elections

“I am particularly happy that the administration of Governor Mai Mala Buni places much emphasis on reconciliation as a virile tool for peaceful co-existence, we must therefore embrace it and move forward”.

Machina also thanked all his supporters for their fervent prayers and unflinching support saying, he will work hard if eventually elected as Senator to touch the lives of his constituents in a very positive way.

There was serious apprehension since Justice Aminu reserved judgement on the tussle regarding the senatorial ticket after a heated argument between counsels to the plaintiff and the defendants on September 25.

Machina had emerged winner of the primary election conducted by the Yobe Chapter of the APC and supervised by officials of the Independent National Electoral Commission.

The INEC’s CTC report on the poll, indicated that Machina scored 289 votes out of 300 delegates that took part in the election.

Nevertheless, the Chairman of the APC, Senator Adamu Abdullahi submitted Lawan’s name to the electoral umpire as the authentic winner .

Dissatisfied with the position of the party, Machina filed the suit against the APC, INEC and the Senate President, Ahmad Lawan, asking the court to determine the winner of primary election held on May 28, 2022, and who should be recognised as the candidate of the party for the February 2023 National Assembly elections.

Machina specifically asked the court to declare him as the authentic senatorial candidate of the APC for the 2023 election.

At the time the exercise was held, Lawan was pursuing his presidential ambition but lost to former Lagos State governor, Asiwaju Bola Tinubu.

To clarify the controversy around the seat, deliberately created by Abdullahi, INEC, on at least two occasions, said it rejected the senate president’s name because he had not been validly nominated for the senatorial seat.

Meanwhile, in a ridiculous twist to the entire drama last Friday, the Yobe State chapter of the APC, in a statement by its Chairman, Mohammed Gadaka, insisted that the Senate President remained the bona fide candidate for the district, as recognised by the Abdullahi Adamu-led National Working Committee (NWC) of the APC.

Part of the statement read, “We are aware of the Wednesday, September 28, 2022, the ruling of the Federal High Court in Damaturu, the Yobe State capital, with respect to the forthcoming Yobe North Senatorial District election.

“However, we respectfully reject the decision of the President of the Senate, His Excellency Senator Ahmad Lawan, accepting the judgment of the court which disqualified his candidature and participation in the election.

“In exercise of our legal rights, the Yobe State chapter of the All Progressives Congress (APC) has decided to appeal the Federal High Court ruling in the interest of Yobe State, Nigeria and good governance.

“We have a duty to protect and sustain Senator Ahmed Lawan’s twenty-three years exemplary sojourn as a lawmaker and his impeccable record of leadership and patriotism – and commitment to making Nigeria work.”

Nigerians, especially close watchers of the political developments in the country, according to THISDAY, are eagerly awaiting the magic that the state chapter of the APC would perform on a judgement that the defendant had accepted its verdict.