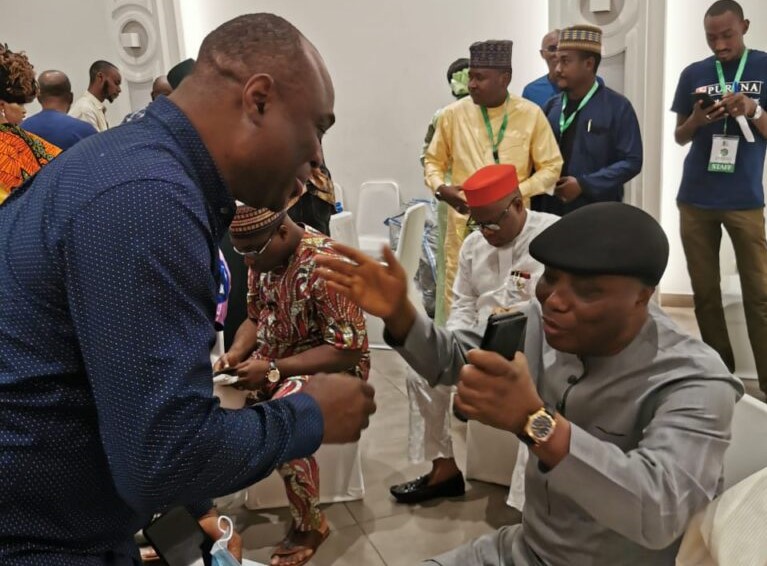 Frontline aspirant to represent the people of Delta South Senatorial District in the Senate, Hon. Joel-Onowakpo Thomas, has been cleared to contest the forthcoming primaries of the All Progressives Congress (APC) in Delta State, assuring his teeming supporters that victory beckons.

Hon Joel-Onowakpo, scaled through the first major hurdles towards occupying the position of Delta South Senatorial District, Delta State in the red Chambers at the APC Senatorial Screening Committee held at the Fraser Suites. Abuja, today, Sunday May 15th, 2022.

An elated Hon Joel-Onowakpo who was beaming with smile when he stepped out of the screening venue, speaking to journalists, expressed gratitude to God for his grace and mercy on him since he was born, as he prayed God to stand by him as he embarks on the campaign and other processes that will see him winning the primaries and the election proper.

He said that the first hurdle has been successfully conquered which according to him has cleared way for him to face other contenders if any, adding that with God on his side, his teeming supporters and the implicit confidence the party leadership has on him, he was confident that the journey to the red chambers has been shortened.

According to the Harvard-trained financial expert, “Let me first of all give glory to God for bringing me thus far. Who are mine without God. For everything and whatever I am today have been made possible by God. He has brought me thus far and I am confident that He will not abandon me in the course of this project. May your name be glorified for securing this screening for me.”

“I wish to also sincerely appreciate the leadership of my party in Delta State for the opportunity to participate in this screening. It is a thing of joy to be part of this great family of the APC in Delta State. All I ask for is unity of purpose for that is the weapon with which we will win at the general pools. ”

“To my teeming supporters across the Delta South Senatorial District and my well wishers across Delta State and beyond, I am emboldened by your show of love and commitment. All I can ask for now is for you not to relent in your support for me. Your prayers, encouragement and suggestions will be needed most as I assure you that with this screening, victory is already beckoning.”

On whether his party was prepared to win the governorship, Senatorial and other positions in the state, Hon. Joel-Onowakpo said that the All Progressives Congress (APC) is prepared more than ever before to overwhelmingly take over Delta State.

He stated that the ongoing exodus from the opposition Peoples Democratic Party (PDP) to the All Progressives Congress (APC), is enough evidence to the fact that the people of the state have embraced the APC because of the caliber of men presently piloting the affairs of the party in the state.