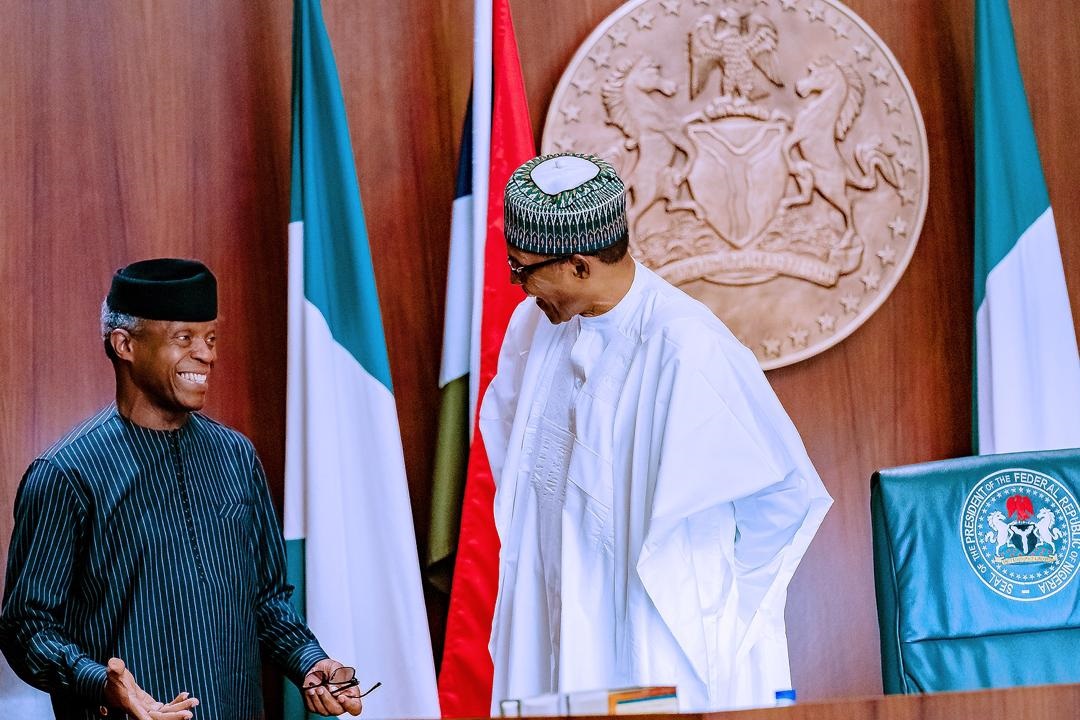 President Muhammadu Buhari has handed over affairs of the nation to Vice President, Prof Yemi Osinbajo.

This is as the President on Sunday left Abuja, the nation’s capital to London for his routine medical check-up.

Speaking to State House Correspondents before he left from the Nnamdi Azikiwe International Airport, Buhari said Vice President Yemi Osinbajo will be in charge.

BIGPENNGR reports that President Buhari had on Friday returned to Abuja after attending the United Nations Environmental Programme (UNEP) at 50 in Nairobi, Kenya. He was supposed to leave Kenya for the United Kingdom but decided to returned and leave today, Sunday.

He said Osinbajo and others in the villa are capable hands to run the government in his absence.

Asked who will be in charge while he will be away, he said: “Well, I cannot claim to be doing the work alone. The government is fully represented, the Vice President is there, constitutionally when I’m away he’s in charge.

“And the Secretary to the government and then the chief of staff so I have no problem.”

Fielding journalists question over doubt being expressed in some quarters if the scheduled APC national convention would hold successfully, he said: “Well, they should wait and see.

“How did we come as a party to take power from the ruling party who had been there before us for so many years? So we have the capacity, everything will be alright.”, he enthused.

Omo-Agege To Keyamo: ‘My Brother, Please Accept My Heartfelt Condolences’